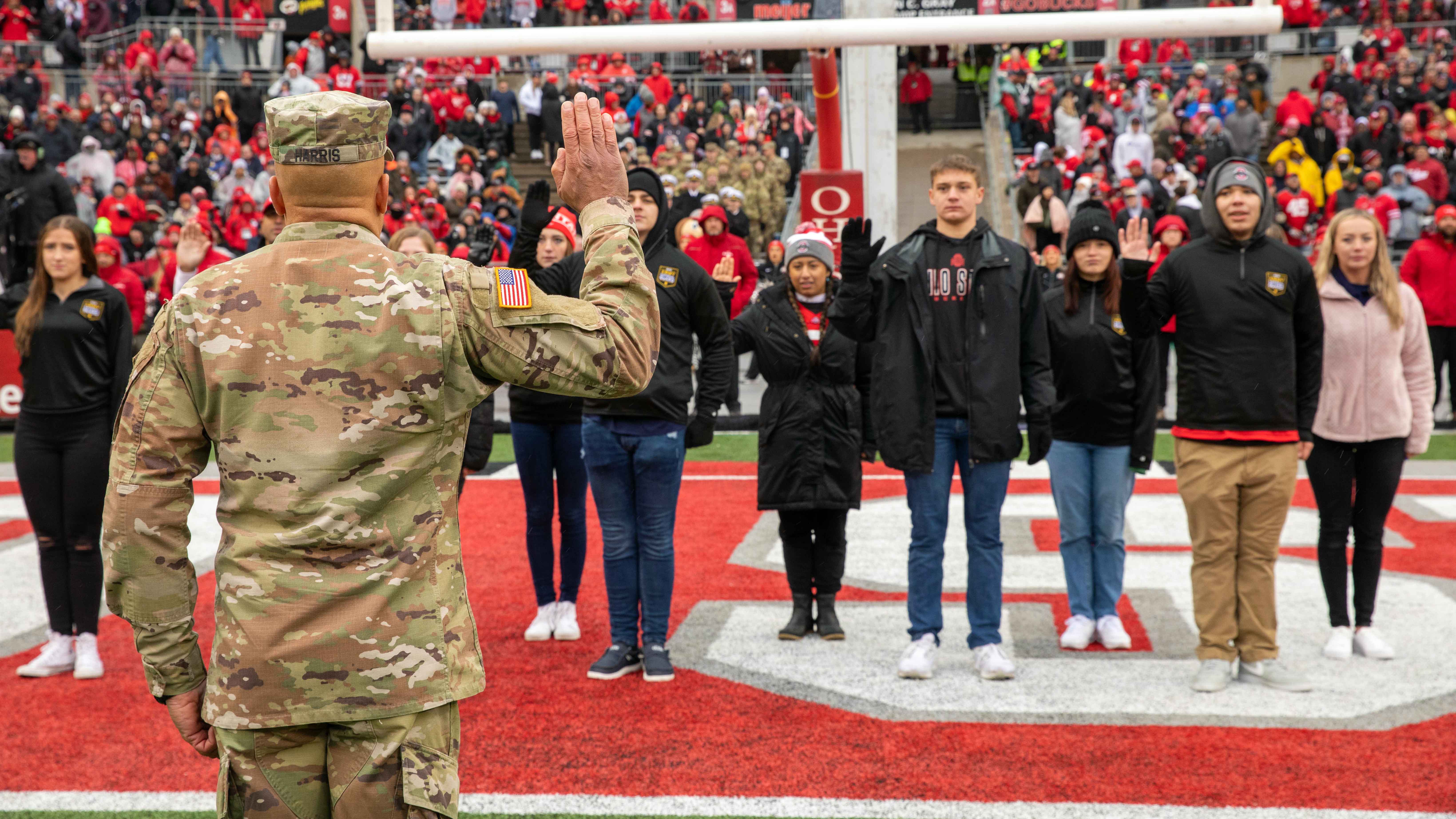 To meet its goal of recruiting 65,000 new soldiers in the coming year, the Army needs to “push” itself to reach those who want to serve as well as those who don’t, Army Secretary Christine Wormuth said.

After missing last year’s recruiting target by 15,000 people, the Army faces another tough recruiting year saddled with challenges such as obesity, poor test scores and behavioral issues that leave only 23% of young people eligible to serve.

The Army also faces competition from the private sector, with more employers offering bonuses, higher hourly wages and educational benefits. But what concerns Wormuth the most is the drop in propensity to serve, which she said “seems to be a little bit more of a recent development.”

“Only 9% of young Americans are interested in serving in the military, and that’s a very small percentage. It’s been a pretty rapid drop,” Wormuth said Nov. 18 during a webinar hosted by the Center for a New American Security.

“We’re going to have to be more successful, not just with getting people who are already propensed to meet our standards but trying to find a way to make more kids propensed,” she said, acknowledging that Army leaders are “still trying to better understand” what’s driving the drop in willingness.

Research on what Generation Z wants, she said, has brought some answers to light, such as the fact that the youngest eligible demographic of 17- to 24-year-olds “want community, they want purpose, they want what they're doing to matter, and when I think about the Army, we’re nothing if not about community,” Wormuth said.

Recruiting efforts are gaining ground, but recruiters are still reeling from the two-year gap in face-to-face contact with high school students during the COVID-19 pandemic. Students, Wormuth said, fell behind academically, which resulted in lower scores on the Armed Services Vocational Aptitude Battery.

Wormuth credited the Future Soldier Preparatory Course, a pilot program launched in August at Fort Jackson, South Carolina, with helping raise some of those scores and prepare kids physically to get through basic training and become soldiers.

The “mini boot camp,” she said, will likely soon be expanded to other posts, and a virtual academic program may be developed for kids whose parents would rather have them stay closer to home while they study.

“Frankly, we’ve had really good success in the early programs. We are seeing about 93% of the kids coming into the academic part of the program raising their scores and being able to go on to basic training,” she said, adding that physical fitness is also up. “We’ve seen pretty good success. I think we’ve got about 83% or 85% of the kids doing the physical fitness are getting their body fat close enough to our standards to be able to go on to basic training.”

Acknowledging that the goal of recruiting 65,000 people by the end of fiscal 2023 is “very, very ambitious,” Wormuth said it’s a matter of reintroducing the Army to young people, their parents and their influencers. “We have a lot of work to do, and we’ve got to roll up our sleeves.”