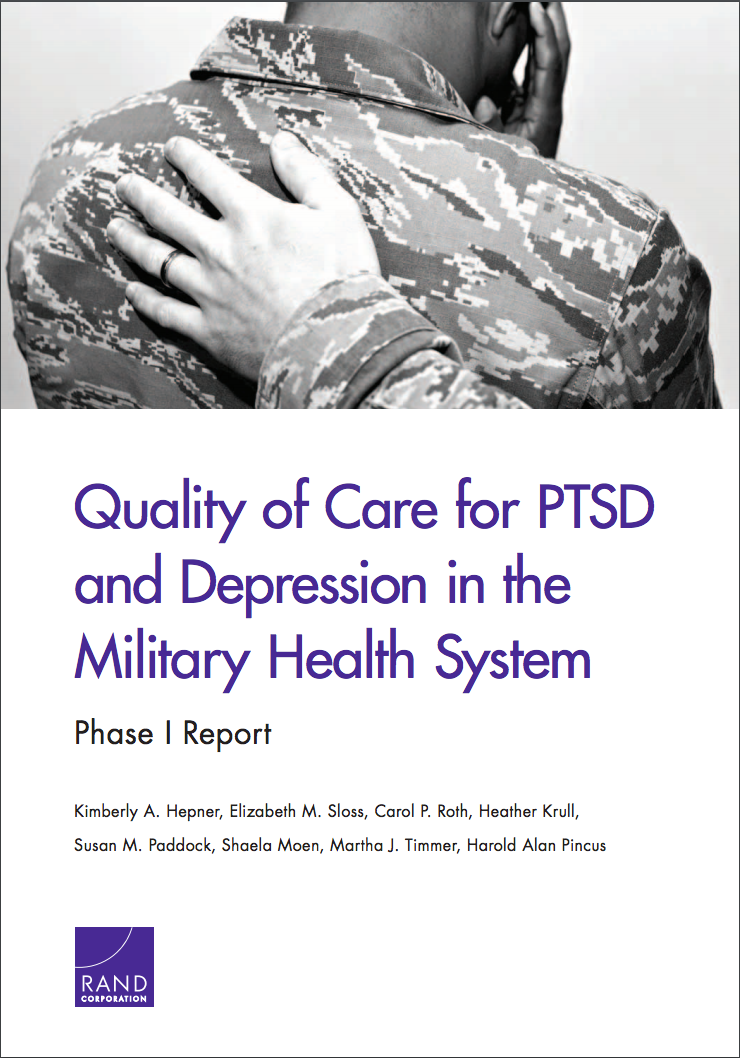 Soldiers have been disproportionately represented in the active-duty population being treated for post-traumatic stress and depression, according to a new RAND Corp. report.While soldiers make up less than 50 percent of active-duty members, they make up more 70 percent of the active-duty patients being treated for post traumatic post-traumatic stress and almost 60 percent of those being treated for depression, according to RAND’s “Quality of Care for PTSD and Depression in the Military Health System.”However, the RAND report looked at service members being treated for PTSD or depression at military health care facilities or through Tricare providers only for a six-month period from January through June, 2012.The Army’s own “Health of the Force 2015” report found the percentage of active-duty soldiers diagnosed with behavioral health disorders, including PTSD, has been declining since 2012. Overall behavioral health disorders peaked at about 16 percent in 2012, then declined to slightly more than 14 percent in 2014. The PTSD rate peaked at 3.5 percent of the active Army in 2012, then dropped to 3.1 percent in 2014.Still, the RAND study said that with the Army comprising only about 49 percent of the active component, soldiers remain “overrepresented among those with a PTSD or depression diagnosis.”The study identified about 14,600 service members in the PTSD cohort, and 30,600 in the depression cohort. Some 6,290 service members were counted in both groups.Among active-duty members diagnosed with PTSD, 70.8 percent were soldiers, 11 percent were Marines, 9.8 percent were airmen, 7.5 percent were sailors and 0.9 percent were Coast Guardsmen.For depression, the figures were 57.5 percent Army, 18.8 percent Air Force, 12.9 percent Navy, 8.1 percent Marine Corps, and 2.7 percent Coast Guard.Rand said that for the six-month period studied, the Army also lagged the other services in several treatment indicators. For example, the percentage of both PTSD and depression patients who were able to begin psychotherapy within four months of initial diagnosis was lower for the Army than for any other service.The study called for further investigation of the “several large and statistically significant differences in measure rates” among the services in the quality of care they delivered for psychological health conditions.RAND drew significant readiness implications from the data: “PTSD and depression are frequent diagnoses in active-duty service members. If not appropriately identified and treated, these conditions may cause morbidity that would represent a potentially significant threat to the readiness of the force.”