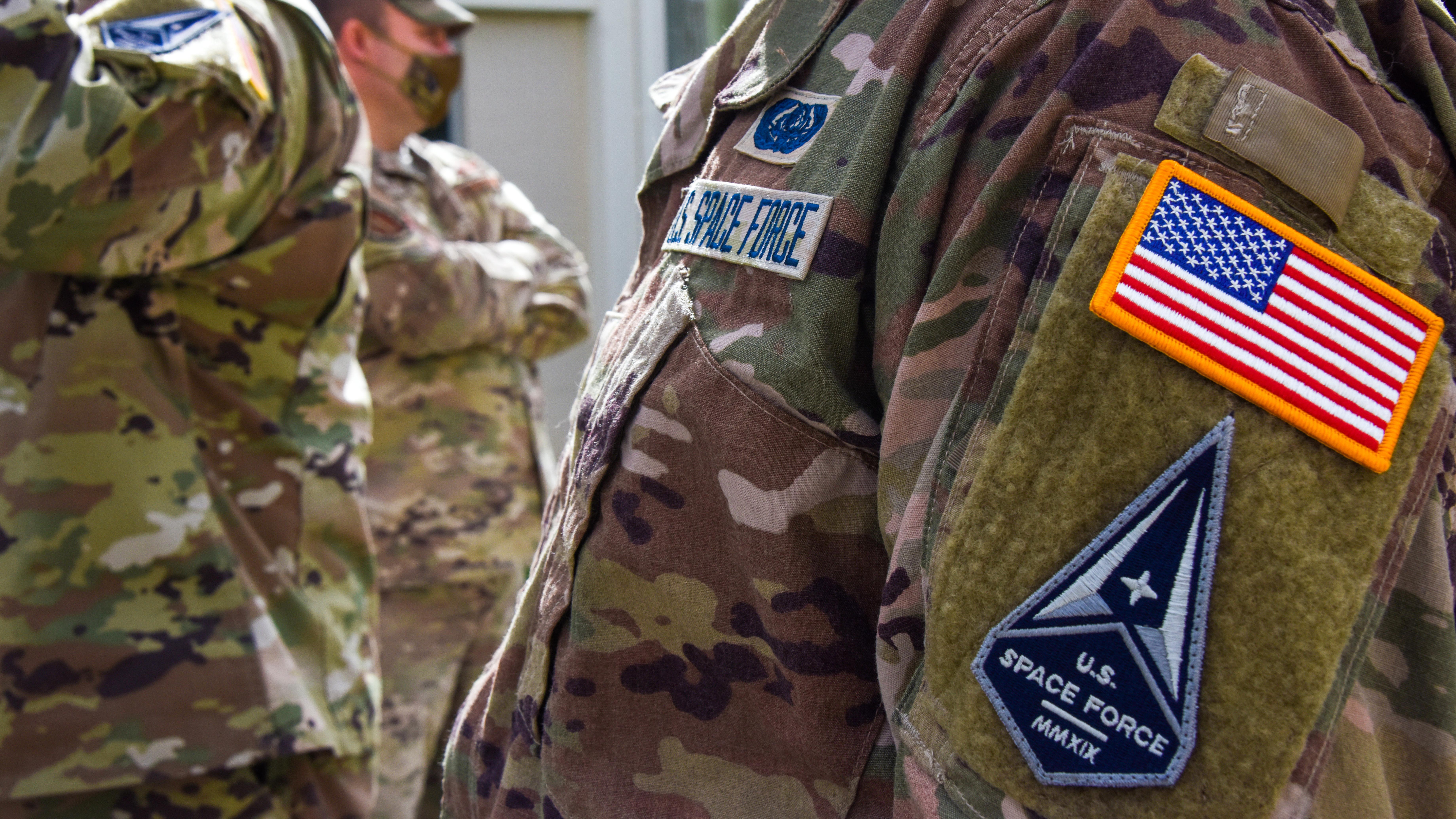 Photo by: Photo by Natela Cutter

Army Space and Missile Defense Command is focused on putting “people first” as its top general aims to ensure soldiers who transfer to the U.S. Space Force “are taken care of.”

“If we go in with that mindset, the transfer over to Space Force will be fine,” he said.

Speaking during The AUSA Noon Report, hosted by the Association of the U.S. Army, Karbler said his command is working closely with the Space Force to make sure some logistics—such as how promotions, assignments and reenlistments will be done—are “understood by everybody and agreed” upon.

So far, he said, plans are “working very smoothly with the Space Force.”

Space Force, the new and sixth branch of the military, was established Dec. 20, 2019, within the Department of the Air Force. As the service grows, plans call for DoD to consolidate some space missions from across the military into the Space Force.

In late April, Gen. David Thompson, vice chief of space operations, said the Space Force had reached an agreement with the Army and Navy on which units will move to the new space service, C4ISRNet reported.

Thompson declined to provide additional details, saying, “I won’t go into detail there, because we want to finish the planning. We’re going to communicate what’s happening together with the Army. They’ve been a good partner in that.”

Karbler said Space and Missile Defense Command will continue to “play a key role” in future strategic deterrence. The other top priority, Karbler said, is taking care of the command’s mission. Army space capabilities are critical to successful ground combat operations, and their importance will only grow as the force transforms for the future.

Karbler said one of the highlights of Space Force is the way it’s “reenergizing space,” noting that he sees the mission growing.

Col. Andrew Morgan, an emergency room physician and West Point graduate who was selected by NASA to join its astronaut corps in 2013, joined Karbler for the AUSA webinar.

In April 2020, Morgan completed a nine-month tour on the International Space Station, where he served as a flight engineer and contributed to hundreds of science experiments and completed seven spacewalks totaling almost 46 hours.

Morgan said the astronaut program is getting ready to select its next class for the first time since 2017, when it received almost 18,000 applications. Only 12 were chosen, including Army Lt. Col. Frank Rubio, he said.

For the next class, Morgan said, soldiers from any specialty, background or rank are eligible to apply.

The Army, he said, provides “a little bit of bare bones screening at the beginning” of the application process before NASA selects candidates “without respect to the rank or background.”

This year, NASA will prepare for Artemis missions with the help of its Artemis Program team, which includes Rubio and Army Lt. Col. Anne McClain. The team aims to land the first woman and next man on the moon in 2024, according to NASA.

“So, apply,” Karbler said. “Tell your assignment officer … and you’ll find that it’s a great opportunity, and it will allow you to broaden your skill set as well.”