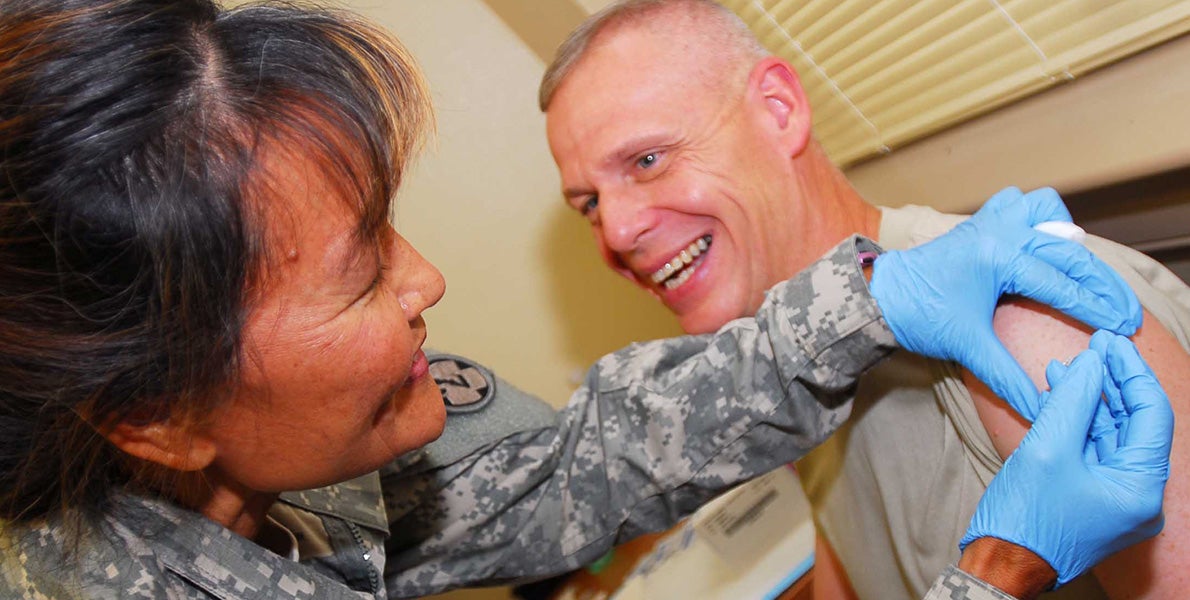 There will be shots but no nasal mist during flu vaccinations from the Army this year following a June decision by the Centers for Disease Control and Prevention that the popular nasal spray vaccine is less effective.

Army officials have announced they expect 1.6 million injectable flu shots to be given during the 2016–2017 flu season, which usually begins in October and ends in May. Peak flu activity in the U.S. is between December and March, according to the CDC. “The timing of flu is very unpredictable and can vary in different parts of the country and from season to season,” the CDC says in a statement.

Army medical officials expect vaccines to start arriving in military treatment facilities in September, and hope to have 90 percent of health care professionals and soldiers immunized by mid-December.

"If people do not get their flu shots by December, we still encourage them to get immunized," Lt. Col. Charlene L. Warren-Davis, pharmacy consultant and distribution operations center director for the Army Medical Materiel Agency, said in a statement.

Being vaccinated is not a guarantee against getting the flu. However, those who get the flu after vaccination generally are less sick, Army officials said.

CDC recommends a yearly flu vaccine for everyone 6 months of age and older as the first and most important step in protecting against this serious disease.