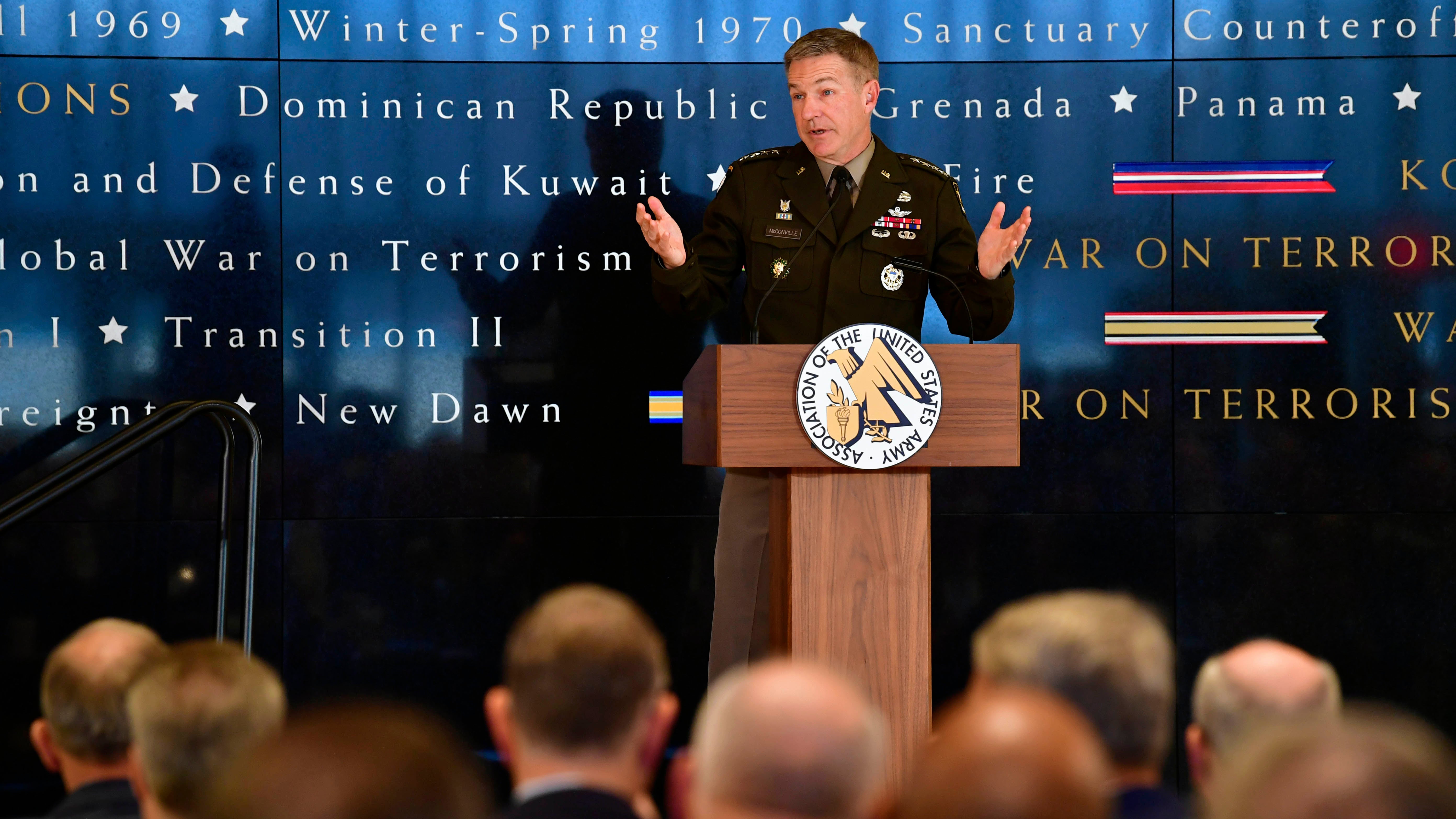 The Army is preparing to field 24 of its 35 signature modernization systems in 2023, as it pushes ahead with its largest transformation effort in decades.

More than four years ago, the Army established six modernization priorities, he said.

“Those priorities have not changed,” he said during an event hosted by the Association of the U.S. Army at the National Museum of the United States Army. “You have to set down priorities, you have to stay with them, and we’ve got to get these systems into the hands of soldiers.”

“They’re not going to be fielded in ’23, they’re going to take a little more time than that, but that’s long-term modernization in the Army,” he said.

McConville thanked the Army’s industry partners for their work on the service’s modernization programs. “Many of you have been investing in these programs as we go along, and I think you’ve done a very good job of getting these systems in place,” he said.

“I believe that’s today’s IED,” he said. “From violent extremists to great powers, everyone is using unmanned aerial systems. That’s something we have to aggressively get after and make happen.”

The Army must “keep up the momentum” in its modernization programs, McConville said.

Work on new, leap-ahead capabilities is critical as the Army remains in high demand, McConville said.

The 82nd Airborne Division alone has been called up with little to no notice four times in the past three years, he said, for missions ranging from securing the U.S. Embassy in Baghdad to helping evacuate U.S. citizens from Afghanistan.

As Army leaders wrestle with uncertain budgets and growing demands, “we’re going to build the best Army we can with the resources we get,” McConville said.