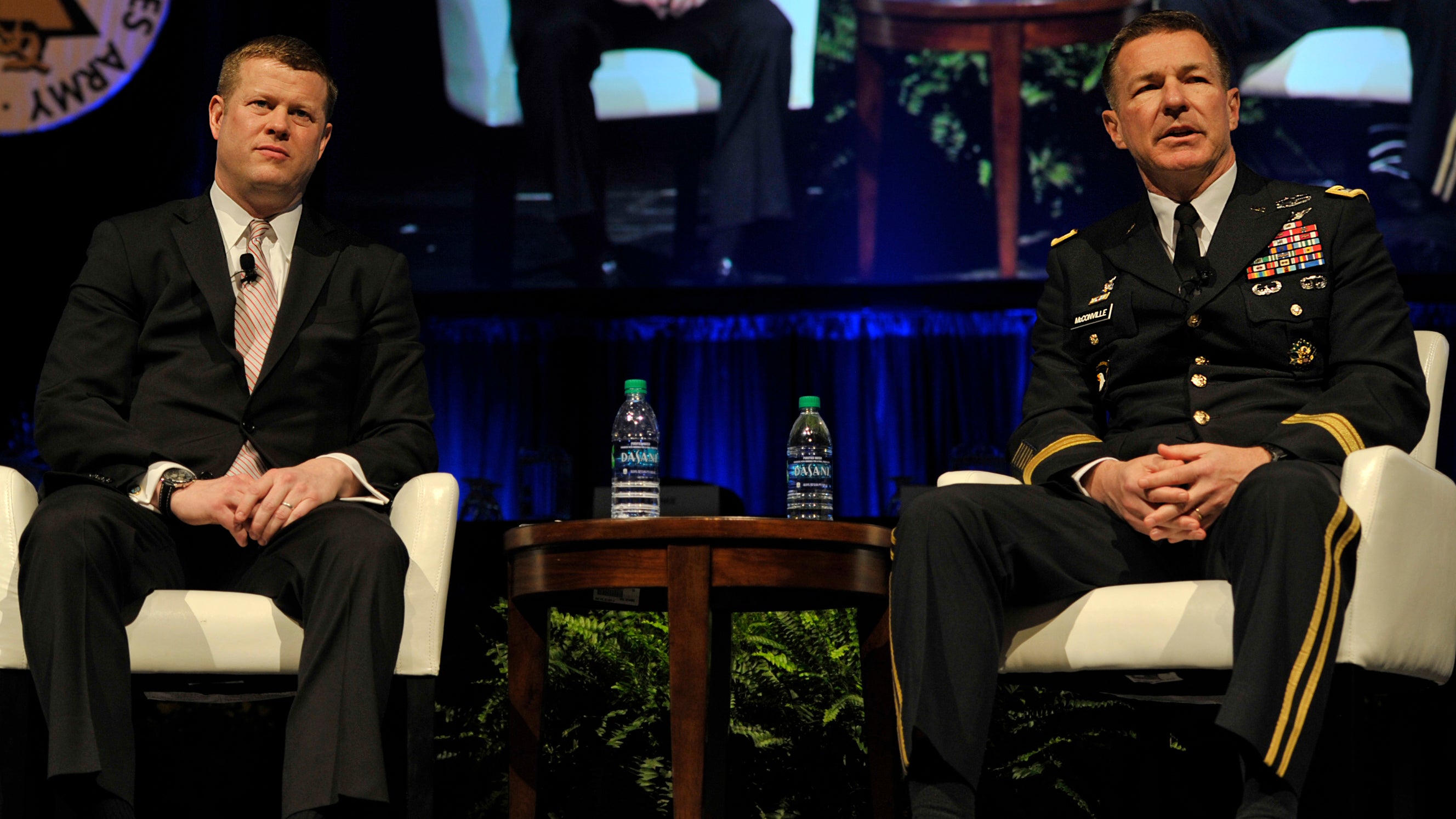 The Army Futures Command headquarters will be located in an urban center near industry and academia and will have three subordinate commands built from existing Army structure and functions, a top Army leader said.

In remarks at the opening ceremony of the Association of the U.S. Army’s Global Force Symposium and Exposition in Huntsville, Ala., Undersecretary Ryan D. McCarthy said Futures Command will be built as a “small agile headquarters focused on flexibility, agility, collaboration and speed,” restructuring the roles and responsibilities of concepts, requirements and acquisition under one roof.

“The Futures Command headquarters and command group will be situated in the soon-to-be announced urban center—all other aspects of the command will stay in place, and folks realistically will just change the unit patch on their sleeve,” McCarthy said.

An initial group of 10 cities will be identified and announced “in the next few months,” McCarthy said, based on things like proximity to talent and private-sector innovation, academic STEM research and development, civic support, quality of life, availability, cost and time assessments.

Once the list has been narrowed down to four urban centers, McCarthy said he and Army Vice Chief of Staff Gen. James C. McConville will visit each location and make their recommendation to Army Secretary Mark T. Esper and Army Chief of Staff Gen. Mark A. Milley, who will announce the location. Initial operations are expected to begin this summer, with full capability operations up by summer 2019.

McCarthy said Futures Command, once activated, will be on equal footing with the Army Training and Doctrine Command, Forces Command and Army Materiel Command, and will have three subordinate elements—futures and concepts, which will identify and prioritize capability development needs and opportunities based on threat analysis and technology; combat development, which will focus on requirements for identified needs and opportunities; and combat systems, which will refine, engineer and produce developed solutions.