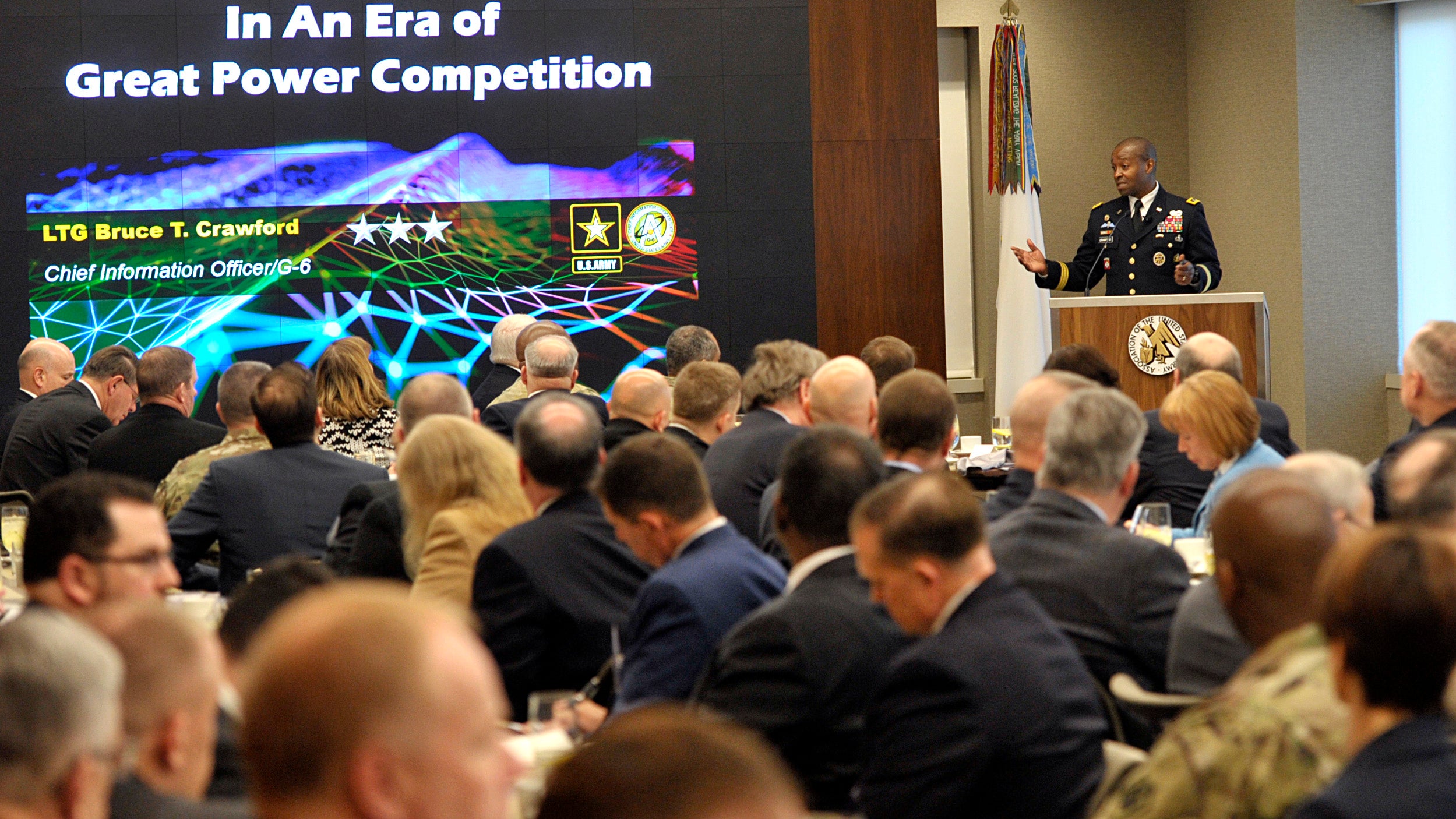 The U.S. Army’s chief information officer said he’s blessed with “tremendously talented people” and cursed by a network infrastructure will take more than a decade to modernize at the current pace of improvement.

Delivering the network the Army needs in an era of great power competition cannot be done in one big swoop, but the Army’s history of trying to make incremental changes also isn’t working, Crawford said March 5 during a breakfast hosted by the Association of the U.S. Army’s Institute of Land Warfare.

Instead, he talked about modernizing the network in a series of moves that will include several pilot projects in 2019 and 2020.

The Army needs to first envision and ultimately deliver a network “that is fundamentally different than the one we have today.”

“I feel like we have momentum,” Crawford said. “We have only just begun in our potential to deliver the network.”

The goal, he said, is to have a network that is at a commercial standard or better, and to be in a position where it can continue to benefit from improving industry practices.

The reform and modernization initiative being undertaken by the Army “is less about saving money than it is about increasing operational effectiveness throughout the force,” Crawford said.