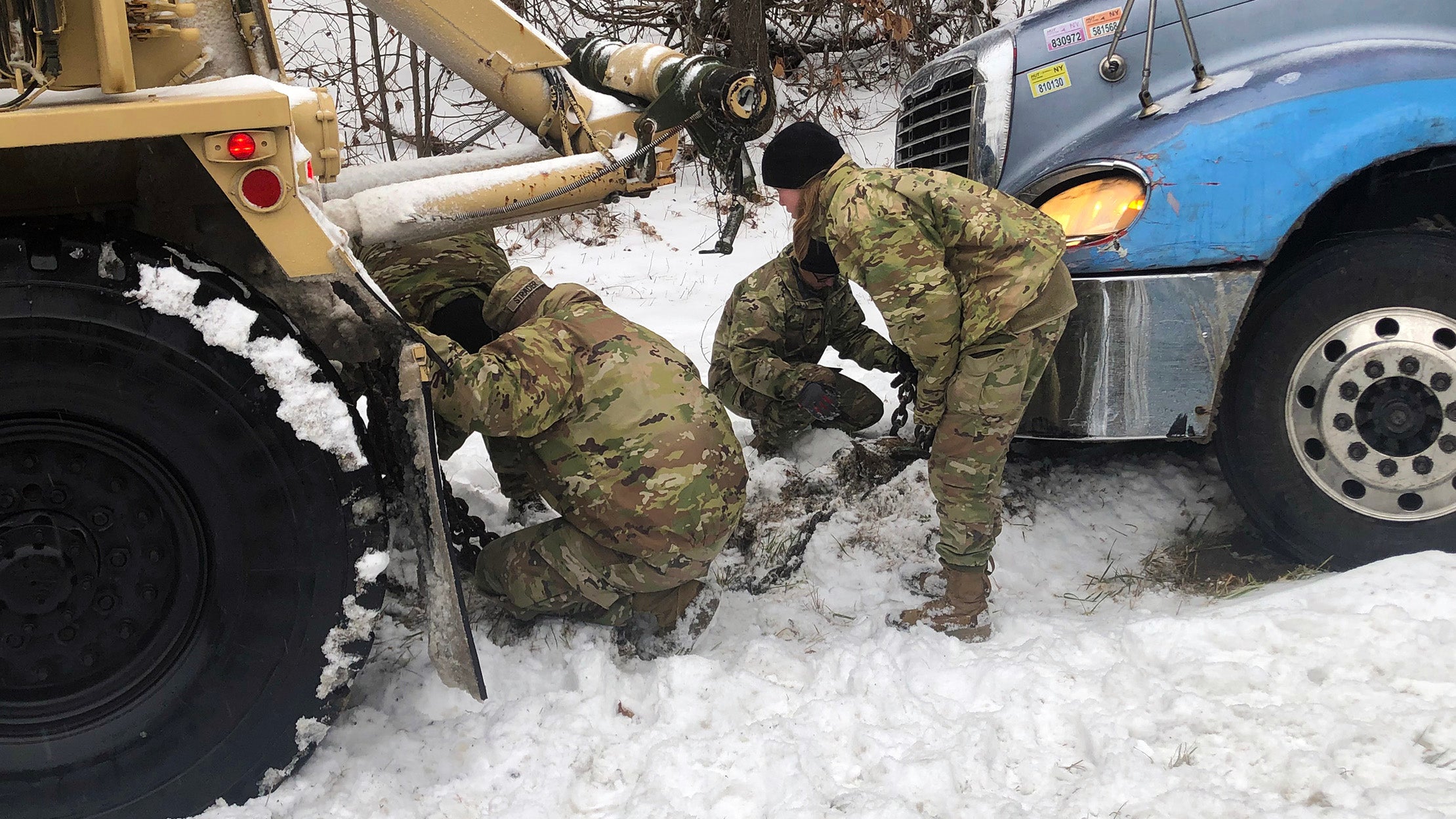 The number of National Guard soldiers on duty each month in support of the COVID-19 response has begun to go down, and as the pandemic wanes, the mission will end, the director of the Army National Guard said.

“At some point, we’re going to leave a COVID-19 environment,” Lt. Gen. Jon Jensen said Feb. 22 during a webinar hosted by the Center for a New American Security. “If you take that [mission] off our plate right now, that would reduce our operational tempo by a factor of about 15,000 soldiers a month.”

But Jensen warned that the end of the pandemic does not mean the National Guard will take a rest. He noted that events brought on by climate change have already resulted in a higher rate of hurricanes in the Gulf of Mexico and the Atlantic states and wildfires that are spreading into new areas.

The National Guard also has continuing overseas missions, Jensen said. As of Feb. 22, about 41,600 Army National Guard soldiers were on duty, and they were almost evenly split between domestic and international missions, he said.

In the spring and summer months of 2020, during the peak of the COVID-19 pandemic, some 40,000 National Guard troops were on duty supporting communities across the country. That number dropped to about 15,000 that fall and remained steady through most of 2021, Jensen said.

There are about 15,000 National Guard soldiers supporting the COVID-19 response today.

It has been one of the National Guard’s lengthiest missions, affecting training schedules, communities and soldiers’ families, Jensen said. He noted, however, that “we are in a once-in-a-century time period” that will come to an end just as the influenza pandemic did more than a century ago.

“This does not happen often,” he said. “Traditionally, we respond to an emergency, it's a short duration emergency, and then we'll return back to our families and our employers. With COVID-19, what we've seen is just an enduring mission.”

Domestically, there are about 19,400 troops on state active duty supporting a variety of missions, including the COVID-19 response, which includes substitute teaching in schools in New Mexico, and response to recent winter storms.

Some 22,200 soldiers are on duty on a variety of federal assignments, including the National Capital Region-Integrated Air Defense System mission in Washington, D.C., and missions in Kosovo, Guantanamo Bay, Operation Atlantic Resolve in Europe, Operation Spartan Shield in the Middle East, and in the Horn of Africa.

The number of soldiers on duty at home and overseas, Jensen said, has been at about the same level since he took over as director of the Army National Guard in August 2020.

“It’s a sustainable number for the Army National Guard going into the future,” he said.