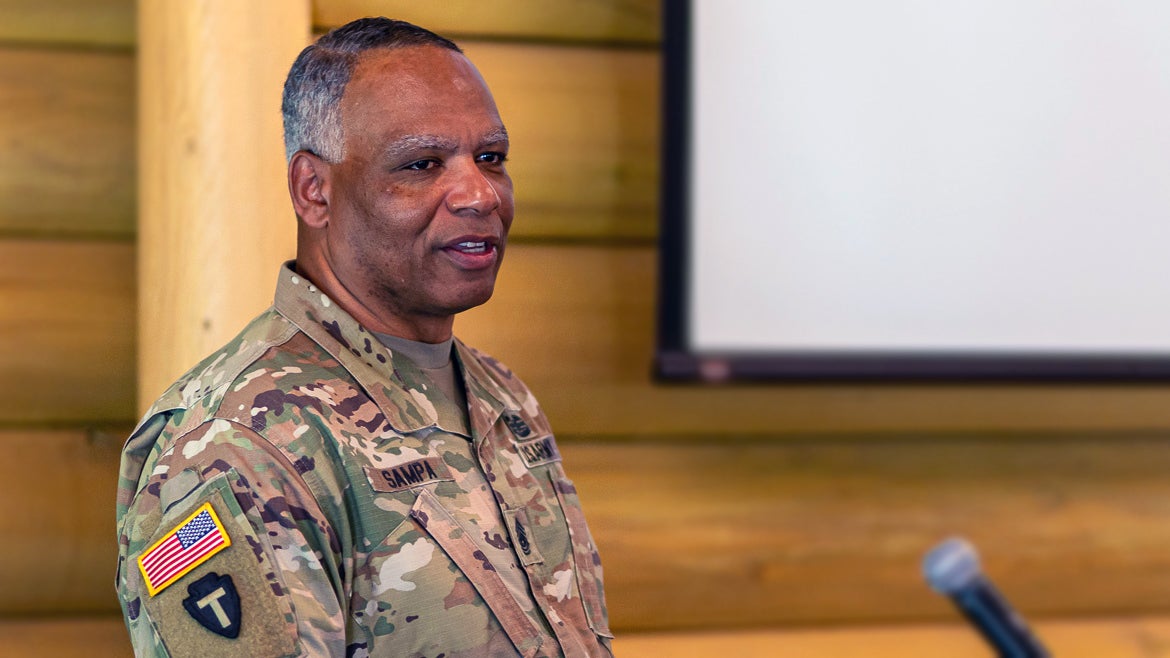 The senior enlisted leader for the Army National Guard is the featured speaker at a Nov. 10 webinar hosted by the Association of the U.S. Army.

Command Sgt. Maj. John Sampa, who has been in the job since February 2018, will speak as part of The AUSA Noon Report series. The event will begin at noon Eastern. It is free, but registration is required here.

During the event, Sampa will address several key topics, including Army National Guard operations in 2021, recruiting and retention, and how the component is gearing up for 2022.

Sampa, who joined the Army in April 1987, has served in the Army National Guard and Army for more than 33 years. Trained as a tank armored crewman, Sampa was promoted to the rank of sergeant major in April 2009.

Sampa has deployed to Bosnia and twice to Iraq, and he was a key leader in the Texas Guard during the 2003 Space Shuttle Columbia search and recovery mission in East Texas.

In his civilian life, Sampa has worked in the Texas Department of Public Safety’s Highway Patrol Division for 23 years. He currently holds his position as a commercial vehicle enforcement state trooper for the Texas Highway Patrol.