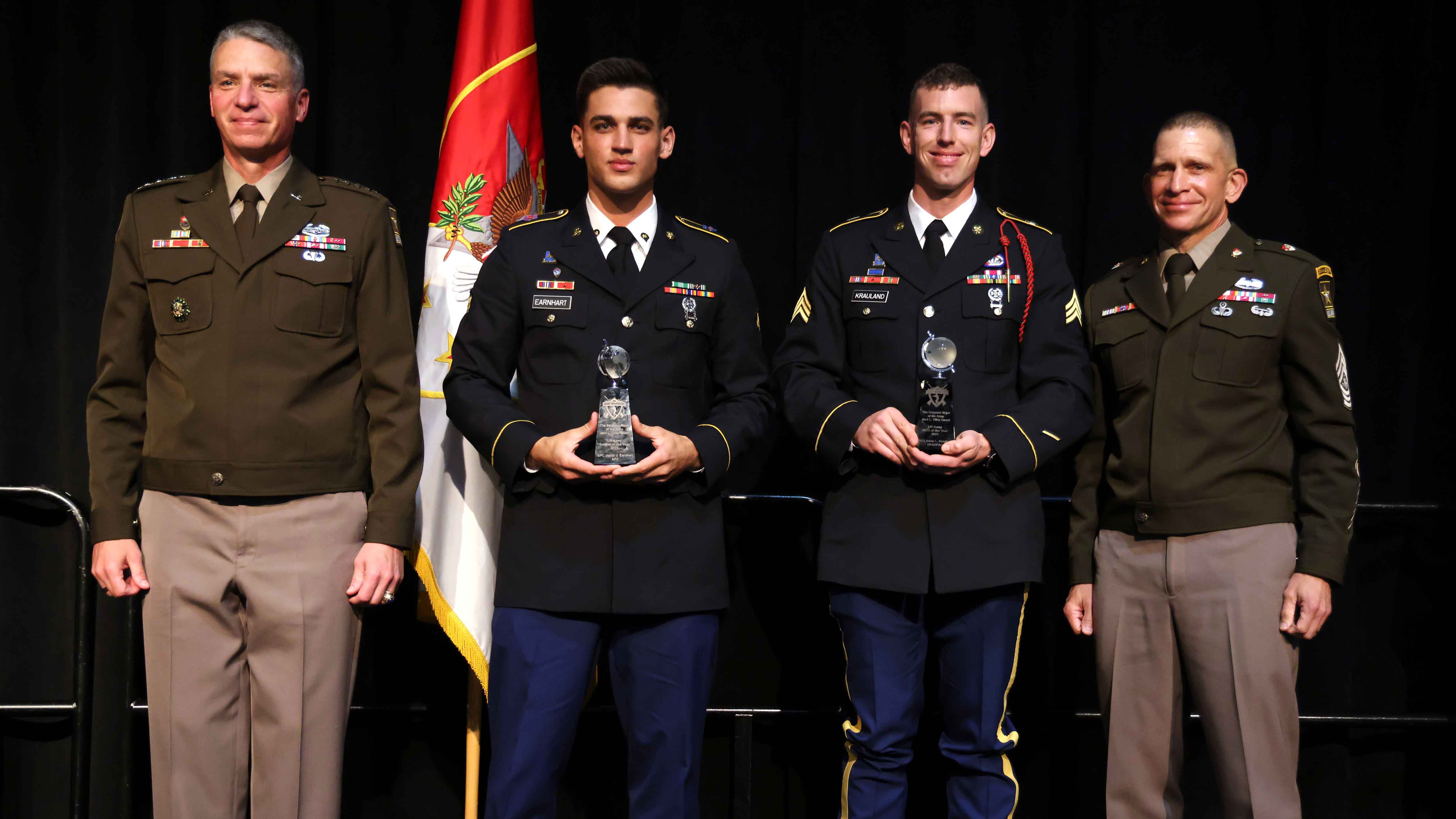 The winners of the Army’s 20th annual Best Warrior Competition were announced Oct. 11 during the Association of the U.S. Army’s Annual Meeting and Exposition in Washington, D.C.

“Our Army has gone through so much in the last 18 months. I am so proud to be standing with you today,” said Sgt. Maj. of the Army Michael Grinston, who oversaw the competition.

They emerged as the top contenders after 24 soldiers and NCOs representing 12 commands across the Army participated in the competition at Fort Knox, Kentucky, and in Washington, D.C., from Oct. 3–8.

“It’s powerful to recognize and celebrate excellence,” said Army Vice Chief of Staff Gen. Joseph Martin, the event’s keynote speaker. Each Best Warrior competitor has dedicated themselves to the pursuit of excellence, he said, “striving to reach the very heights of their profession.”

“You are the best of the best, and words can’t describe how proud I am of all of you,” Martin said.

Excellence should not be an exception but “a prevailing attitude,” he said. “[Best Warrior] competitors have that attitude, and we must spread it throughout the Army.”

Grinston also announced that actor Denzel Washington is this year’s Honorary Sergeant Major of the Army, a tradition that began in 2016 when retired Gen. Gordon Sullivan, a past president and CEO of AUSA, received the honor.

This year, Washington was selected for his donations to the Fisher House Foundation, which builds comfort homes where families of service members and veterans can stay for free while their loved one is in the hospital.

During a presentation ceremony that took place prior to AUSA’s conference, Washington said he was deeply moved to be chosen.

“Today is the first day of the rest of my life. I’m a soldier now. I’ll continue to do the right thing for the Army, Navy, Air Force and Marine Corps,” he said.

In 2020, retired Gen. Carl Vuono, a former Army chief of staff who also is a member of AUSA’s board of directors, was chosen for the honor.