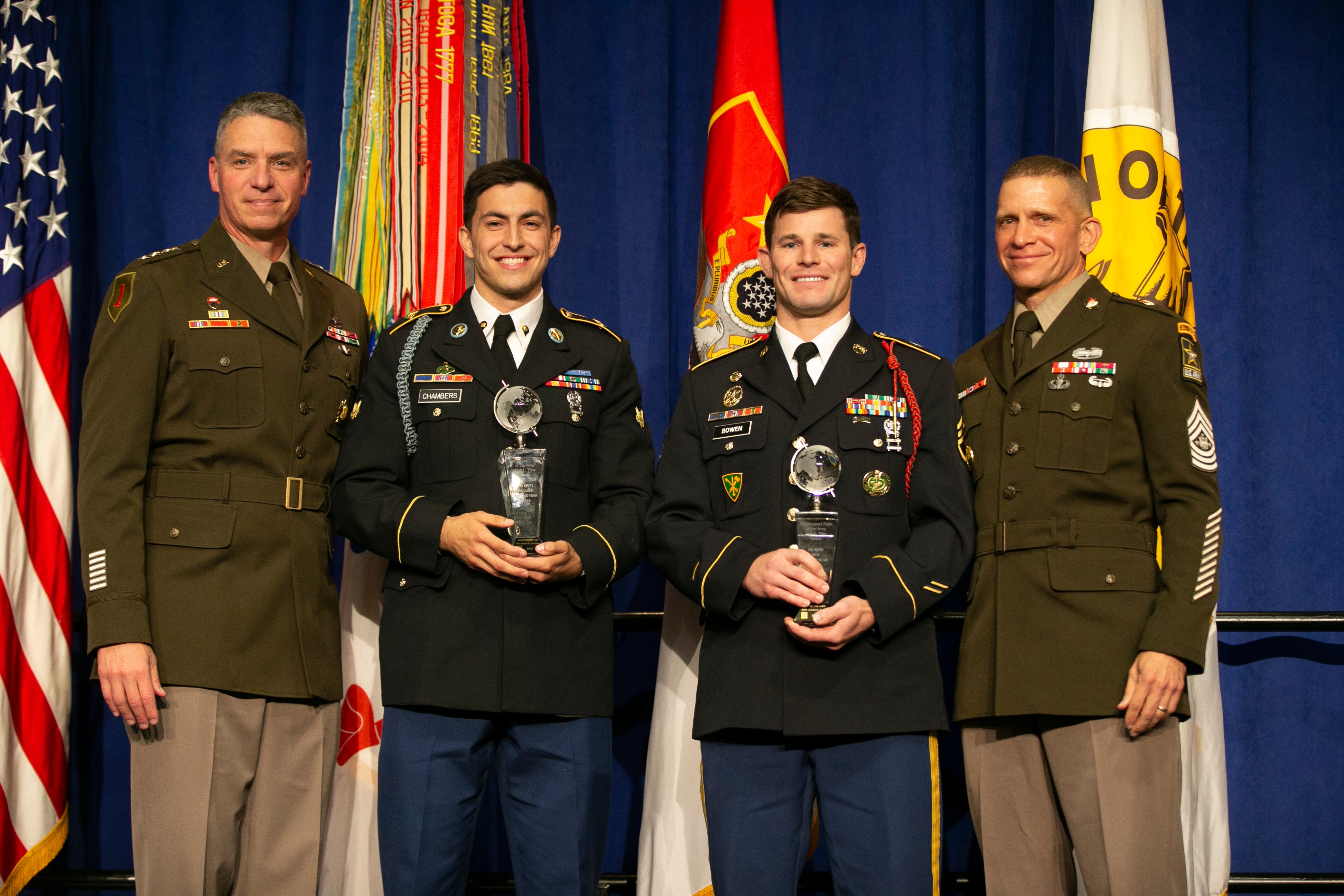 The Army announced the winners of the 18th annual Best Warrior Competition during an Oct. 14 luncheon at the Association of the U.S. Army’s Annual Meeting and Exposition in Washington, D.C.

Martin called NCOs the heart and soul of the Army. “When the Army desperately needs leadership, we turn to you – and you have never failed us,” he said.

During the six-day competition, which took place the week prior to the Annual Meeting at Fort A.P. Hill, Virginia, 22 soldiers representing 11 commands from across the Army were tested on their knowledge, skills and abilities. Specific events included urban warfare simulations, formal board interviews, physical fitness challenges, written exams and warrior tasks and battle drills relevant to today’s operating environment.

“Even after I retire, I know the Army’s going to be in great hands because of the soldiers that competed in this event,” said Sgt. Maj. of the Army Michael Grinston, who oversaw the competition.

Merritt, a World War II veteran of D-Day, Operation Market Garden and the Battle of the Bulge, said it was “one of the biggest surprises of my life” when he got the call informing him he had been chosen as the award recipient.

“It’s unbelievable. Thank you. This is one of the greatest awards I’ve ever received in my entire life,” Merritt said.

The tradition of appointing an honorary sergeant major of the Army each year began in 2016 when retired Gen. Gordon Sullivan, AUSA’s former president and CEO, received the honor.