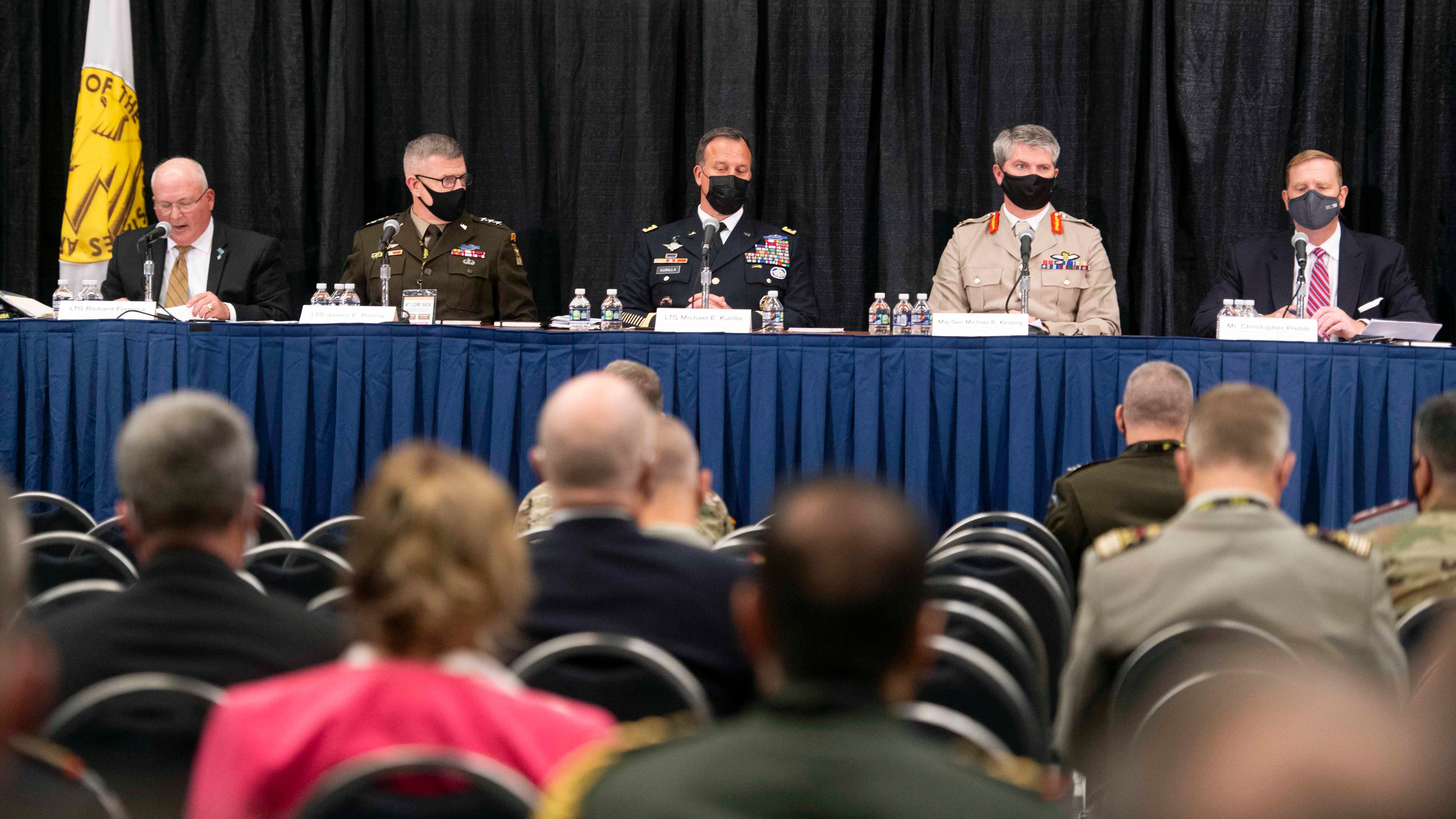 As the Army prepares for the next war, the service must decide what kind of readiness it needs and how it can be sustained over time, a panel of senior leaders said Oct. 11 during the Association of the U.S. Army’s 2021 Annual Meeting and Exposition.

“In 2021, no fighting force can afford to build readiness they will not require,” said Gen. Michael Garrett, commander of Army Forces Command. Any more than that would be “irresponsible,” he said, and sacrifice much needed time and resources that can be devoted to developing soldiers and leaders.

Speaking at a contemporary military forum titled “Revisiting the Readiness Balance,” Garrett said the Army faces critical questions as it works to prepare for strategic competition and near-peer adversaries after 20 years of counterinsurgency and counterterrorism operations.

“What might the next war look like?” Garrett said. “How can we prepare for the next war, how prepared can we afford to be, and how do we sustain that preparedness over the long term?”

One of the Army’s major initiatives is the Regionally Aligned Readiness and Modernization Model, or ReARMM, a new force generation model designed to give soldiers and units predictable, dedicated periods for missions, training and modernization.

As the Army implements ReARMM in fiscal 2022, it will learn and hone the model, said Lt. Gen. James Rainey, deputy Army chief of staff for operations. “It’s very important—we need to generate readiness through a training cycle and provide war-winning readiness, war-winning units to our combatant commanders,” he said.

The Army has soldiers serving in 139 countries around the world, Rainey said. “We’ve got to train, generate that readiness and consume it in a meaningful way,” he said.

It’s also important to make sure leaders are ready, Rainey said, calling it “the biggest challenge I spend a lot of time thinking about.” In the chaos and confusion of the future battlefield, leader readiness is “probably the most significant thing we can focus on,” he said.

This is a good time for the Army to reset its focus, Garrett said, quoting Gen. H. Norman Schwarzkopf who said, “The more you sweat in peace, the less you bleed in war.”

More than any time in the past 20 years, the Army is at peace, Garrett said. “It’s time for us to start sweating more, because we don’t know when or where the next war will happen, but when it does, I don’t want to see soldiers bleed,” he said.

The next war will be more violent and complex than anything the Army has seen in decades, so “we have got to be ready,” Garrett said.