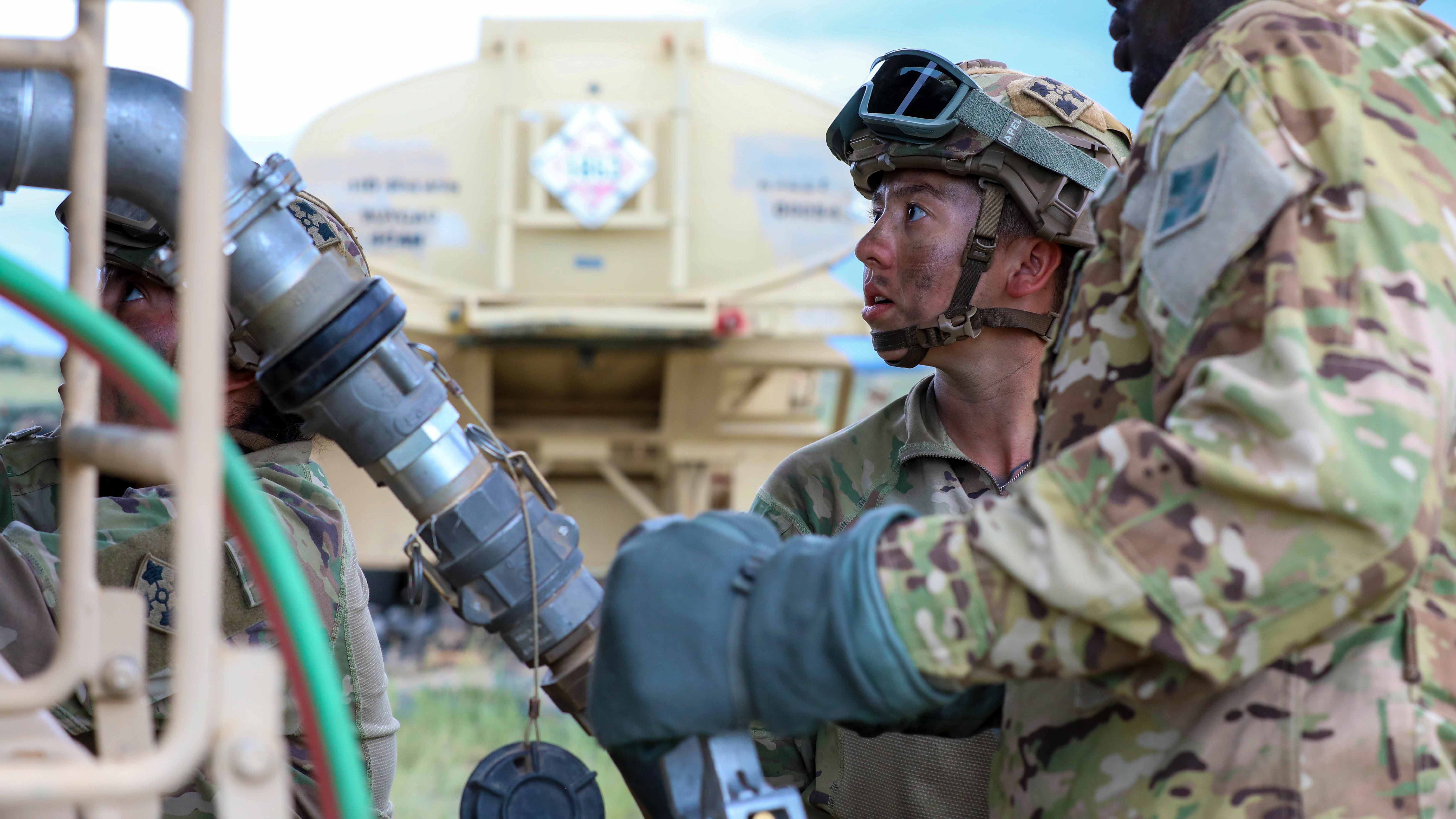 Addressing climate change and its impact on military installations is critical to the Army’s readiness and warfighting abilities, a top Army climate leader said.

“The battle starts here,” said Paul Farnan, the Army’s principal deputy assistant secretary for installations, energy and environment. “[Climate change] is going to impede our ability to get our forces to the battlefield, be it a natural disaster or a cyberattack that takes the grid down. Our installations still have to be able to operate.”

The Army Climate Strategy, which was published Feb. 8, established the Army’s long-term goals for climate change adaptation and mitigation measures. On Oct. 5, the Army released its accompanying implementation plan, which focuses on installations, acquisition, logistics and training over the next five fiscal years.

On the battlefield, reducing the Army’s dependence on fuel will save soldiers’ lives, Farnan said during a recent event to discuss the implementation plan, hosted by the Center for Strategic and International Studies.

“All of those fuel lines [in Iraq and Afghanistan] needed to be guarded by combat forces. We took casualties, and we pulled combat forces away from the fight guarding logistics lines,” he said. “If we can reduce the amount of fuel our vehicles use by 30, 40, 50%, that's half of the fuel convoys we now have to protect. That’s half the casualties we're going to risk, that's half the amount of combat forces we’re pulling away from the fight.”

In terms of its installations, the Army is working to build more modern, resilient installations with a less vulnerable energy source.

“Portable diesel generators, which the military traditionally always uses as a backup source of power, that’s great for the seven days that we’d have the diesel fuel on the base, but then what happens on day eight?” Farnan said. “We have a goal that every one of our installations will have a microgrid installed by 2035, and that will allow … on-site generation, it will allow us to also island the base and island our mission critical systems, so that we can still operate if the grid does go down.”

Moving forward, the Army is offering climate-related training for soldiers to ensure that the Army will continue to lead on climate change.

“The Army is leading DoD in addressing the climate issue,” Farnan said. “It’s about educating the force on the impact that climate has on our operations, and the impact our operations have on the climate. So, we're working with [Army] Training and Doctrine Command … [on] educating soldiers in boot camp and through their professional education throughout their career.”

“The Army has the opportunity to make a big difference,” she said.