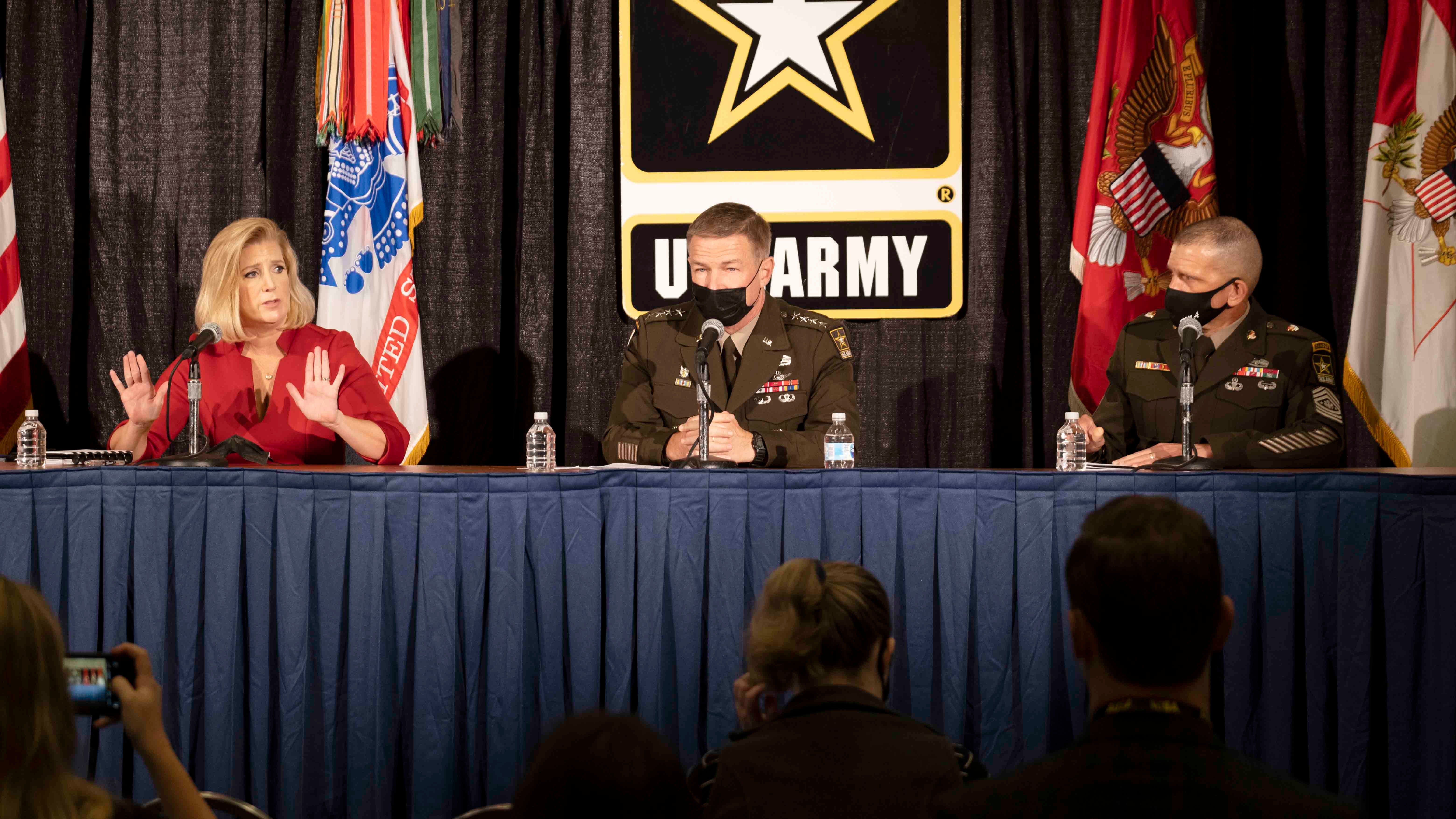 The active Army is close to being fully vaccinated against the COVID-19 virus, but less than half of the soldiers in the Army Reserve have been vaccinated because of the logistical challenges of reaching people who are “spread all over the country,” Army Secretary Christine Wormuth said.

The vaccines, she said, “are important for the health and safety and readiness of our force, so this is something that we need to be doing, and it's the right thing to be doing,” Wormuth said Oct. 11 during a news conference at the Association of the U.S. Army’s 2021 Annual Meeting and Exposition, held at the D.C. convention center.

“I get notifications anytime a soldier in our Army dies, and I can tell you that the number of soldiers and Department of the Army civilians or contractors that are passing away due to COVID has increased markedly in the last couple of months, I think reflecting the effects of the Delta variant [of the virus],” she said.

An important factor to consider with the low number, she said, is the Army has “the largest reserve component of all the services,” but she also pointed out that “obviously we have soldiers that are spread all around the country” who don’t necessarily live close to their units or near Army facilities and they drill just once a month.

Wormuth also noted that there could be soldiers who have been fully vaccinated through civilian means whose vaccine status has not yet been entered into the Army’s medical database. She used as an example her sister, an Army Reserve surgeon who “has been vaccinated for months, as you can imagine, for her civilian job … but I have a feeling her data has not yet been entered” into the database.