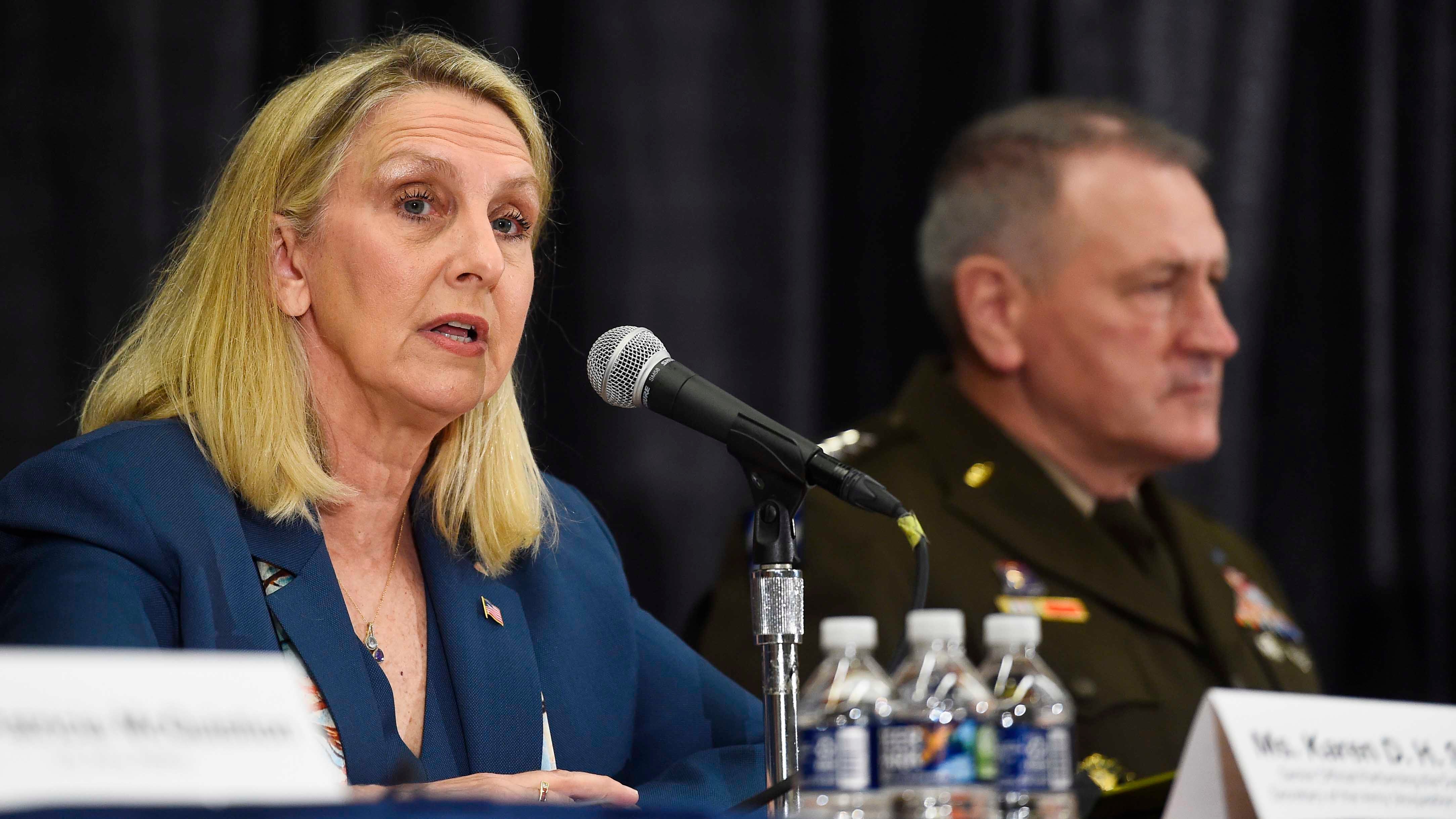 When it comes to delivering next-generation capabilities to soldiers, Army leaders on Oct. 13 emphasized the importance of teamwork between the service and industry.

Some of them are programs of record, while others are still efforts, Murray said. Without strong cooperation between the Army and industry, support from Congress, and teamwork between organizations such as Futures Command and Army Materiel Command, all the Army’s efforts will “forever be efforts and not programs,” he said.

“The output of our efforts is what this is all about, getting better capabilities in the hands of our soldiers now and for the future,” Murray said.

The Army also has benefitted from new authorities from Congress, such as middle-tier acquisition authority, which allows the service to determine if a program of record can be put on a more flexible acquisition path to meet emerging needs.

“Whether it’s rapid prototypes or rapid fielding, [it] puts a time limit on things,” Saunders said. “With time as your static variable, if you will, you’re going to tend to make decisions that you may not have using a traditional, very long program.”

This ability to continually test a capability allows the Army to move more quickly—and determine if something isn’t going to work, she said. One example is how quickly the Army has developed the Integrated Visual Augmentation System, a leap-ahead heads-up display.

Without middle-tier acquisition authority, “something like IVAS would take 10, 15 years,” Saunders said.