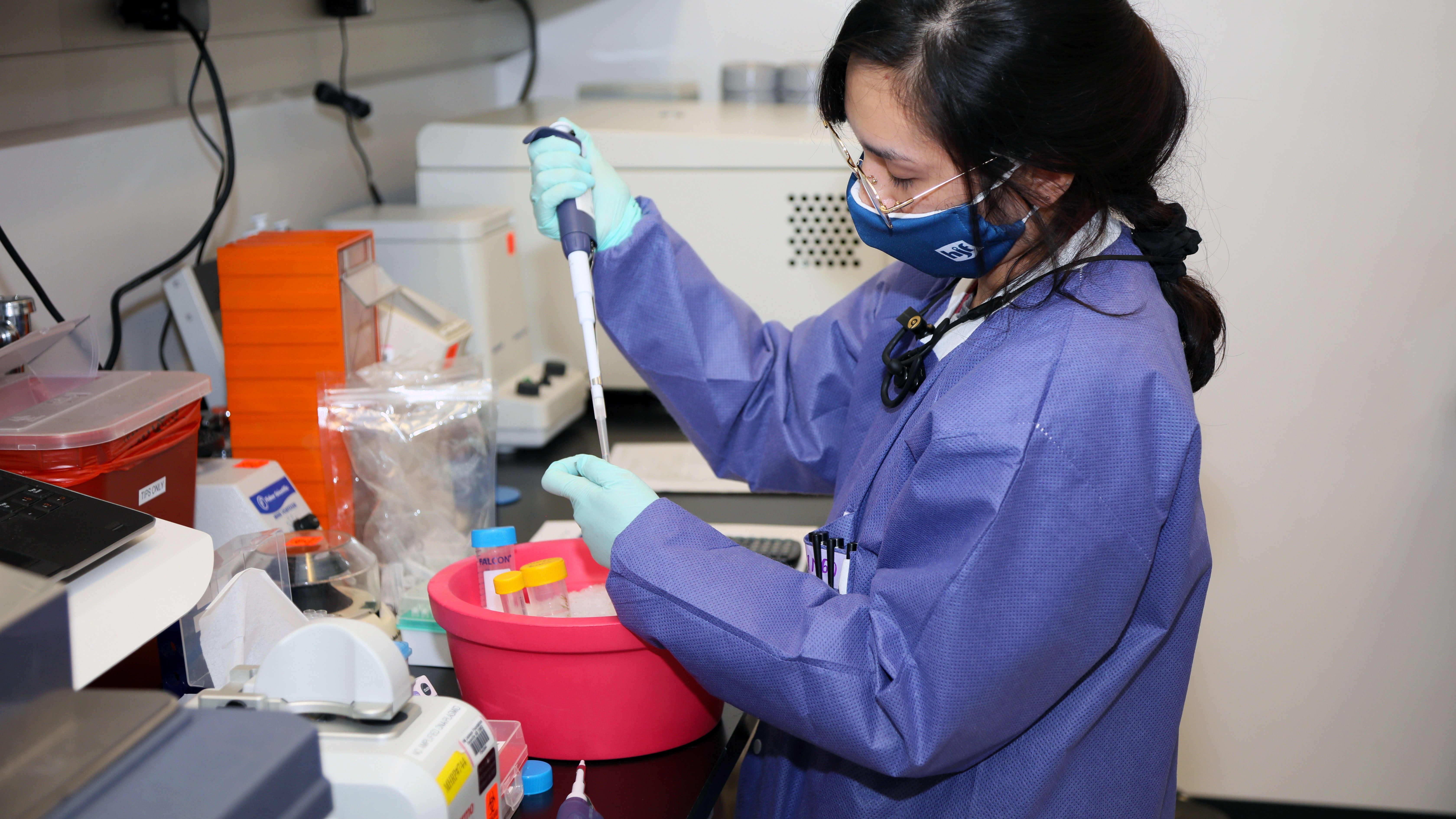 The Army is working tirelessly to help the nation fight COVID-19—and it still has a way to go, according to Army Medicine’s top general.

“I've been able to witness firsthand how our Army medical professionals have worked to ensure that we have healthy soldiers, healthy workplaces and healthy communities across the nation,” Lt. Gen. R. Scott Dingle, Army surgeon general, said Oct. 14 during a media roundtable at AUSA Now, the 2020 virtual annual meeting of the Association of the U.S. Army.

Noting the Army isn’t “immune” to the virus, Dingle said the Army still has “a long way to go” in preventing its spread.

John Resta, director of the Army Public Health Center, said the Army has been able to keep the number of cases lower than surrounding communities because of its “aggressive” diagnostic and surveillance program.

For example, recruits are tested when they enter basic training and follow a quarantine process, during which their movements are restricted, and they’re tested again before joining larger unit training, he said.

“Right now, most of the work that we're doing is to support the clinical evaluation of the vaccine candidates,” said Dr. Kayvon Modjarrad, director of the emerging infectious diseases branch at Walter Reed Army Institute of Research.

The military and several of its own research entities are advising and providing “technical input” at pre-clinical and clinical levels, as well as on policy and distribution, he said.

The vaccine, which is currently being manufactured, is slated to begin phase one clinical trials “in the winter,” Modjarrad said.

While many vaccine candidates went immediately into phase one clinical trials, he said, WRAIR’s vaccine will be tested in animal models before it moves on to humans.

“In some ways, we are reaping the benefit of being a little bit later,” Modjarrad said, adding that researchers have learned “quite a bit” in the process.

“There’s a lot that gives me encouragement about this vaccine approach that we’re taking,” he said, referring to the “consistent results” researchers are seeing.

“I am extremely proud of the work that the Army is doing,” Dingle said.