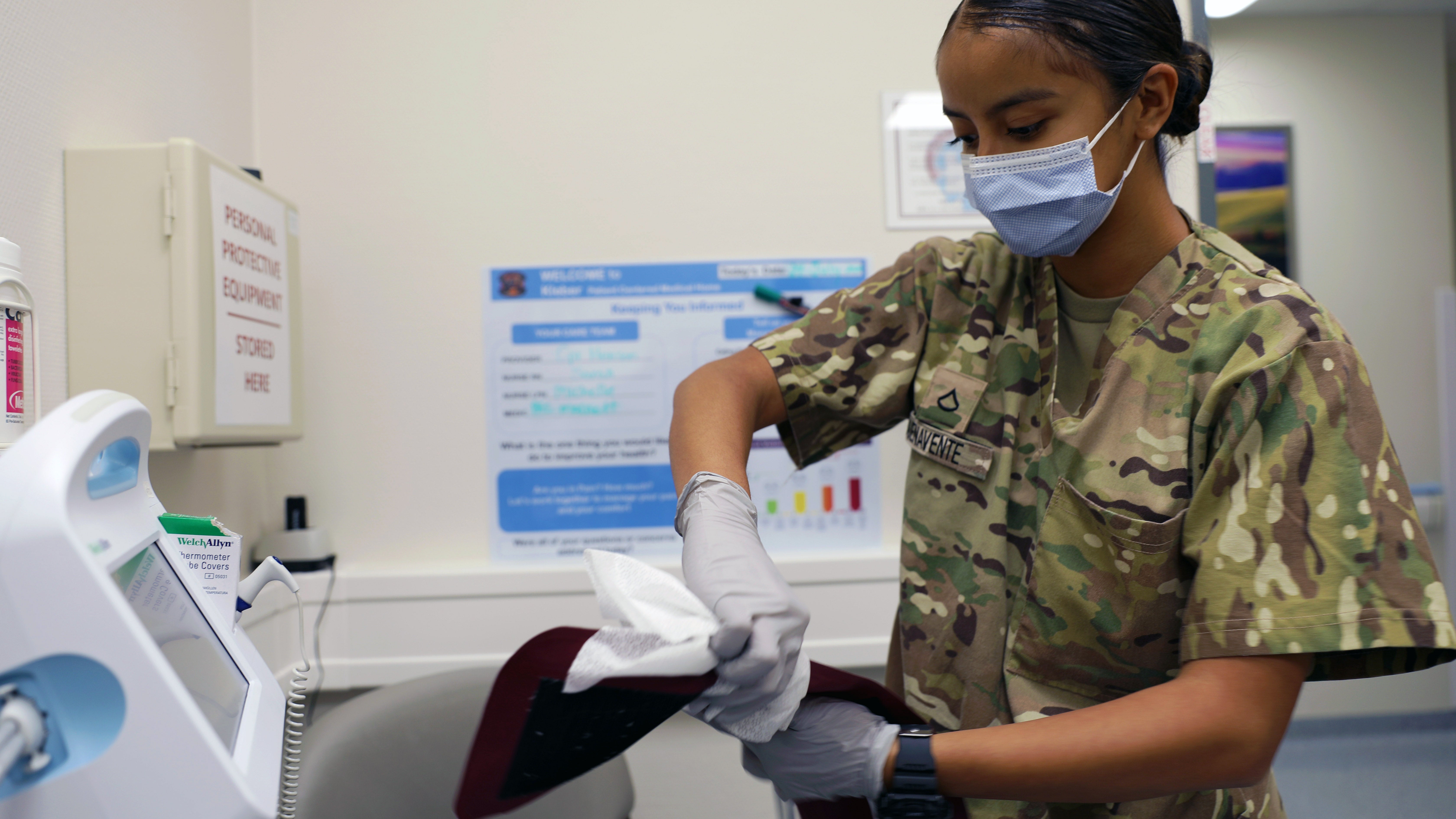 As the Army continues the fight against COVID-19, the pandemic has served as a “reminder that we’re not invincible,” the Army surgeon general said.

“It has been a very fast and furious ... experience as we respond to COVID-19 within the Army,” Lt. Gen. R. Scott Dingle said July 29 during the Association of the U.S. Army’s The Noon Report webinar.

The Army has experienced a small uptick in COVID-19 cases as states reopen and movement of soldiers resumes, but the service has managed to bring that number back down, Dingle said.

“We will experience those spikes, [but] we follow the protocols of restriction of movement, and we’ve been very successful,” Dingle said, referring to social and physical distancing measures.

The Army also has been following force health protection guidelines, together with public health guidelines, to “ensure ... we’re protecting the bubble,” he said.

Earlier this year, the service implemented a three-phase approach of prevention, detection and treatment to stop the spread of COVID-19 and protect the Army’s top priority—its people, he said.

According to Dingle, the Army has expanded testing for the novel coronavirus from nine sites to more than 40 worldwide.

“If we detect it, we implement the proper protocols within our soldiers and our families to ensure that they’re taken care of,” Dingle said.

As states and governors continue to request support for COVID-19 response efforts, Army health care workers have “run to the sound of the virus,” he said.

While some teams have finished their initial missions, soldiers are deploying and continuing to support hospitals in hard-hit areas, including Texas and California.

“We are fully integrated and participating in the fight against this pandemic,” Dingle said. “The amazing thing about Army medicine and these medical units and health care professionals is that they adapted and then they integrated into the cities, into the hospitals, providing that reinforcing support.”

They are “the heroes of this battle on the frontlines,” he said.

The Army has also received an overwhelming response from retirees who wanted to help.

“Those three words, ‘soldier for life,’ that’s not just a bumper sticker, and it was evident in our retiree recall process,” Dingle said.

After the Army asked for retirees with certain medical backgrounds to come back on active duty earlier this year, it received more than 25,000 responses, he said.

About 6,000 of those volunteers were part of the listed specialties the Army needed, he said, and about 170 made it through the vetting process to be deployed.

“It is a tremendous response that I’m extremely proud of,” Dingle said.