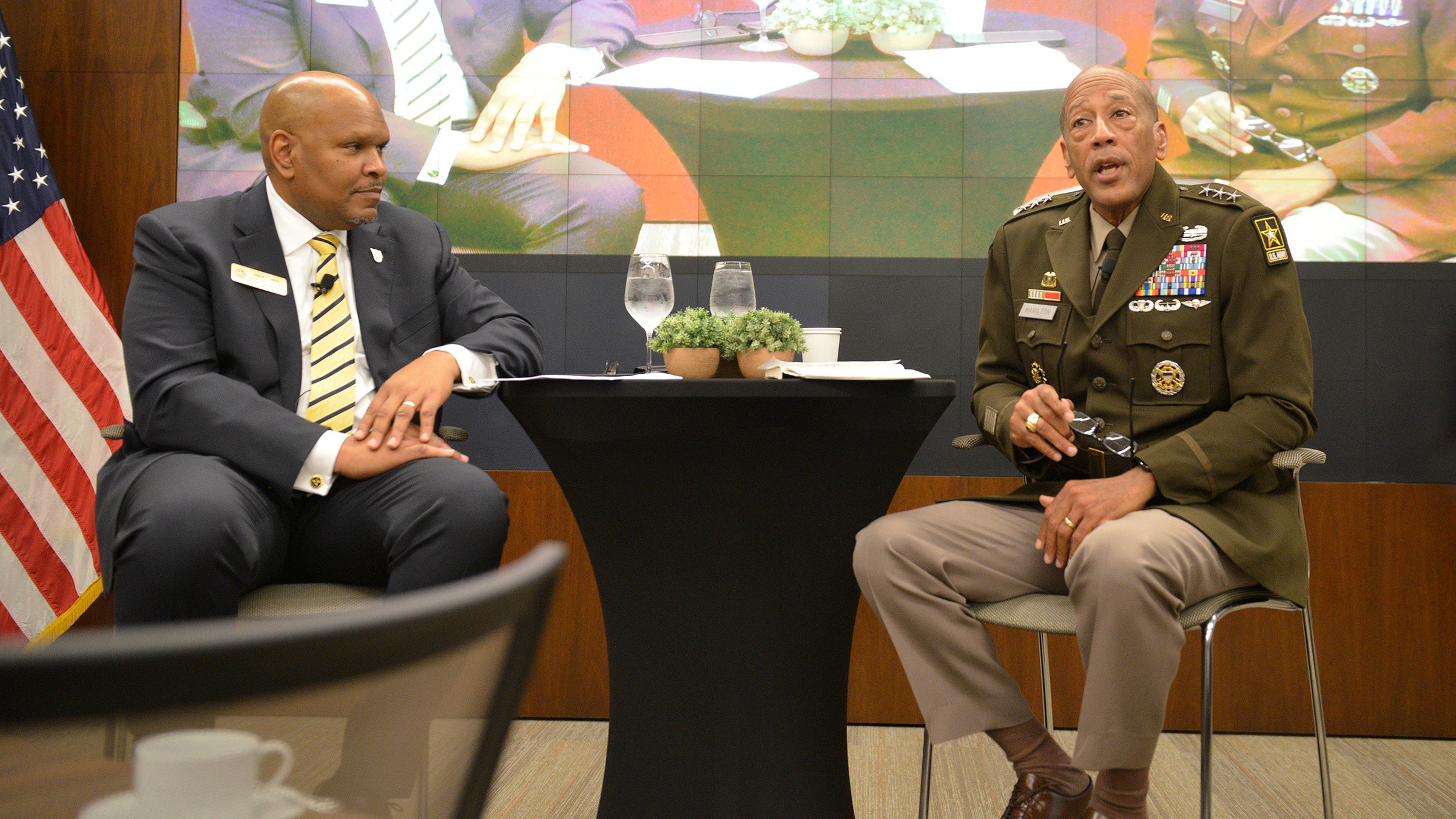 On a future battlefield, where soldiers will be more dispersed and operating in smaller units, Army logistics must be more predictive and precise, a senior leader said.

“Those units are going to be out there, not alone and afraid, there's going to be lots of sensors and lots of things going on, but they can only carry what they can carry,” Lt. Gen. Charles Hamilton, deputy Army chief of staff for logistics, G-4, said Dec. 8 at a breakfast hosted by the Association of the U.S. Army as part of its Coffee Series.

As a result of the scenario envisioned by Hamilton, soldiers in these smaller units will have to be precise in knowing “exactly when they’re going to need to be resupplied,” he said.

He pointed out that the traditional battlefield model of having resupply arrive in a predictable convoy along the way may not exist in the future. Instead, he said, dispersed operational units may have to use grid coordinates and sensors to locate supplies dropped by a sustainment unit that then has to quickly move on to avoid detection or attack.

“That's what the new battlefield’s going to look like, so data, prediction and precision, are must-dos for our Army today,” Hamilton said.

Unlike during World War II, where there were huge supply depots and long buildups, a joint strategic support area will play “a huge role” in facilitating logistics in the future, while the big supply buildups will have to be the purview of the defense and organic industrial bases.

When asked about the role industry will play in the future of battlefield logistics, Hamilton urged the industry partners in the audience to “beat down our doors, get on our calendars and show up at events like these” to discuss the modernization and technology that will be needed to address the challenges ahead.

“When I'm sitting with the secretary of Army and the [Army] chief [of staff], I don't care where we start, the conversation comes back to sustainment,” Hamilton said of his regular meetings with the Army’s top leaders. “Everyone understands it is the center of gravity and how important it is, and that gives us momentum, and momentum leads to resources, and that leads to [industry] playing a huge role in what we do.”