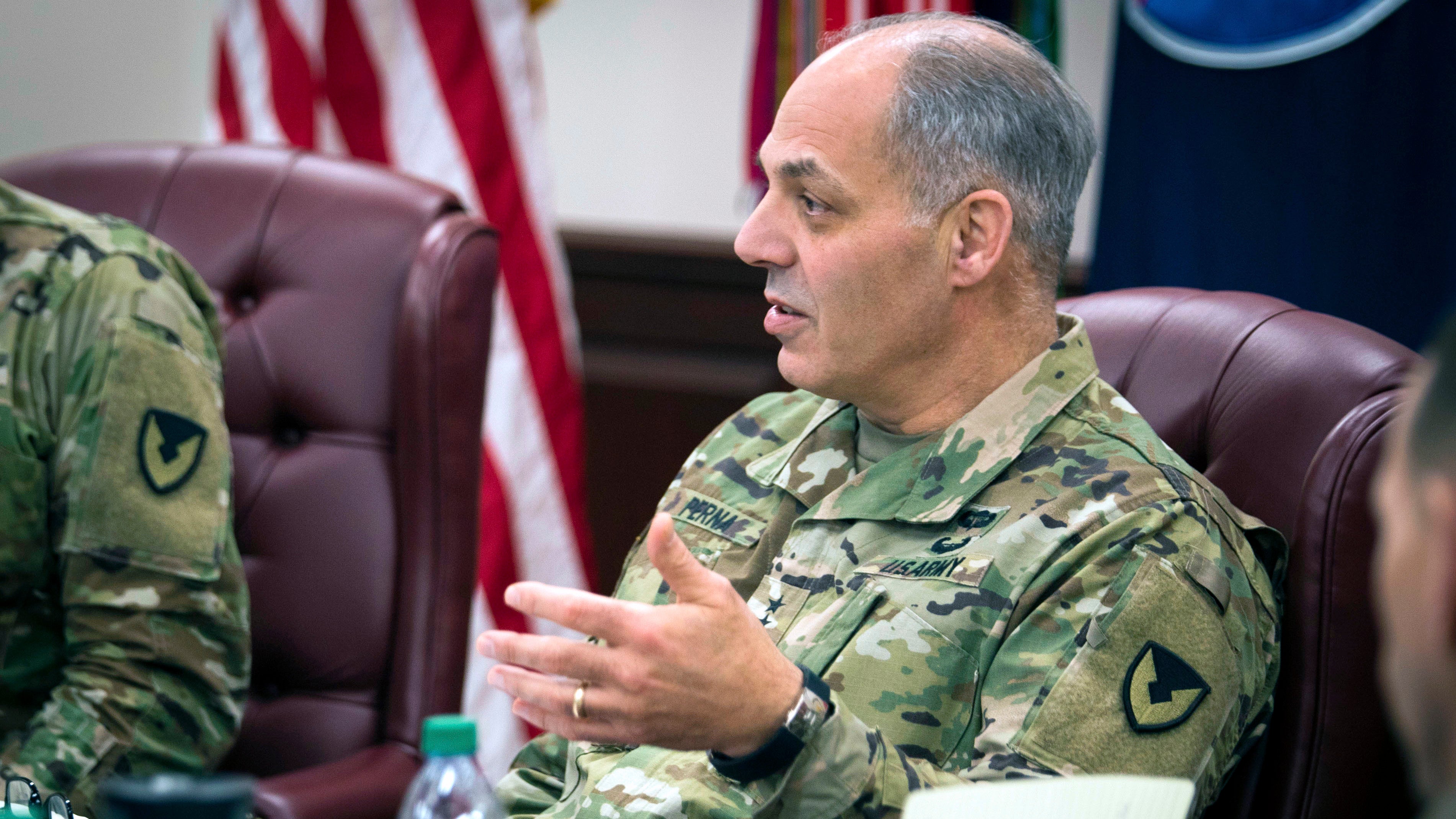 A top Army commander has been named the chief operating officer of Operation Warp Speed, the U.S. government’s effort to find a vaccine for COVID-19 by the beginning of next year, President Donald Trump announced.

Gen. Gus Perna, commander of Army Materiel Command, will spearhead the White House initiative. The goal is to produce about 300 million vaccines by January.

“We are looking to get [a vaccine] by the end of the year if we can, maybe before,” Trump said May 15.

Perna, who called it a “great honor” to be on the team, said developing a vaccine so quickly will be an extremely difficult undertaking, but he promised they will “defeat the enemy.”

“It is going to be a herculean task, but the combination of the two main partners—between Health and Human Services and the Department of Defense—their combined strengths, partnered with the other teammates, will ensure our success,” Perna said during an event at the White House.

One of the “great advantages” of the military is its ability to conduct logistical and sustainment operations, Perna said.

“We’re just going to apply those capabilities to this mission,” he said. “This mission is about defeating the enemy. We will defeat the enemy.”

The U.S. will also be working with other countries to develop a vaccine, Trump said, adding that the country to develop the first safe one would share it with the world.

Defense Secretary Mark Esper said DoD is committed to partnering with government agencies and the private sector to accomplish the mission.

“Winning matters, and we will deliver by the end of this year a vaccine at scale to treat the American people and our partners abroad,” he said.

AMC is the Army’s primary logistics and sustainment command. As commander, Perna oversees about 190,000 military, civilian and contractor employees in every U.S. state and more than 150 foreign countries.