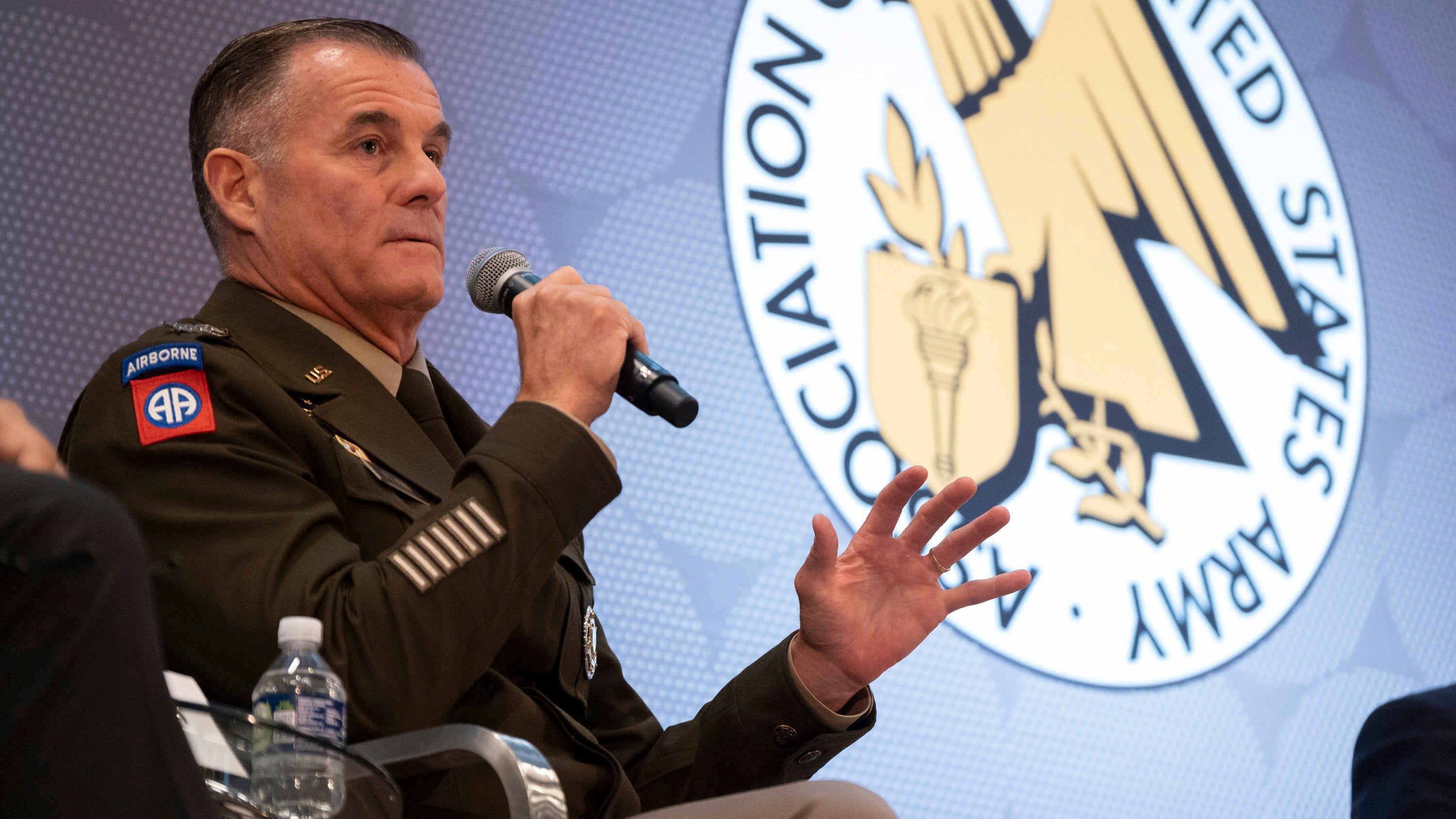 For the Army, the secret to remaining ready and relevant in the Indo-Pacific may be its little-known fleet of cargo and logistics ships.

Gen. Charles Flynn, commanding general of U.S. Army Pacific, said that one of the major initiatives the service is undertaking in the region—as it strengthens coverage of the First Island Chain and invests in exercises and training with allies through its Operation Pathways—involves activating the locally based vessels attached to Army Prepositioned Stocks, or APS. While Flynn emphasized that the Indo-Pacific requires a land force, with 25% of the world’s land mass and more than 60% of the world's population, he also acknowledged that presence, and the ability to move equipment effectively around the region, requires maritime transport.

An Army Composite Watercraft Company, a recently developed boat unit consisting of landing craft utilities, small tugboats and maneuver support vessels (light), will be moved to Japan by 2025, Flynn said Oct. 11 during a contemporary military forum at the Association of the U.S. Army's Annual Meeting and Exposition.

The MSV-Ls, as they’re called, are a new addition to Army seapower, contracted from shipbuilder Vigor in 2017 as an updated landing craft that offers maneuverability and greater stability in high sea states.

And, Flynn added, more boat units are likely needed in the region.

“There are some sustainment capabilities that we’re going to need … so that we can create conditions for operational endurance of the joint force,” he said. “We need more composite watercraft companies. So that’s why we’re wargaming … to find out where those gaps are, so that we can go back to the Department of the Army and the Department of Defense and say, ‘Hey, here are the gaps.’ ”

Rep. Rob Wittman, R-Va., ranking member on the House Armed Services Seapower and Projection Forces subcommittee, said he wants to work with fellow lawmakers to give the Army access to more sealift through different funding mechanisms, such as the U.S. maritime administration, multiple ship buys and resources for purpose-built logistics ships more tailored to the Army’s needs than the standard roll-on, roll-off cargo ships.

“Intra-theater lift is going to be key,” he said. “Let's look to it as we envision the scenario that the Army is going to face. It's going to be a critical element of the joint force.”

Multiple speakers on the panel, including Assistant Secretary of Defense for Strategy, Plans and Capabilities Mara Karlin, stressed the necessity of a joint approach to the Indo-Pacific, from interagency collaboration beyond the DoD to sharing of common resources between services.

The Marine Corps’ recently created 3rd Marine Littoral Regiment will participate alongside the Army's new 1st and 3rd Multi-Domain Task Forces in an upcoming training evolution at the Joint Pacific Multinational Readiness Center in Hawaii, Flynn said. And, he said, he expects that resource-sharing, with sealift and beyond, to grow.

“A good deal of the logistics, we end up sharing, and co-using, during our exercises,” Flynn said. “There's a number of opportunities in the Pacific because of Operation Pathways and the exercises that go on with, really, the land power network, where we’re learning from one another on the future operating concept and the capabilities that each one of those new formations are bringing to the region.”