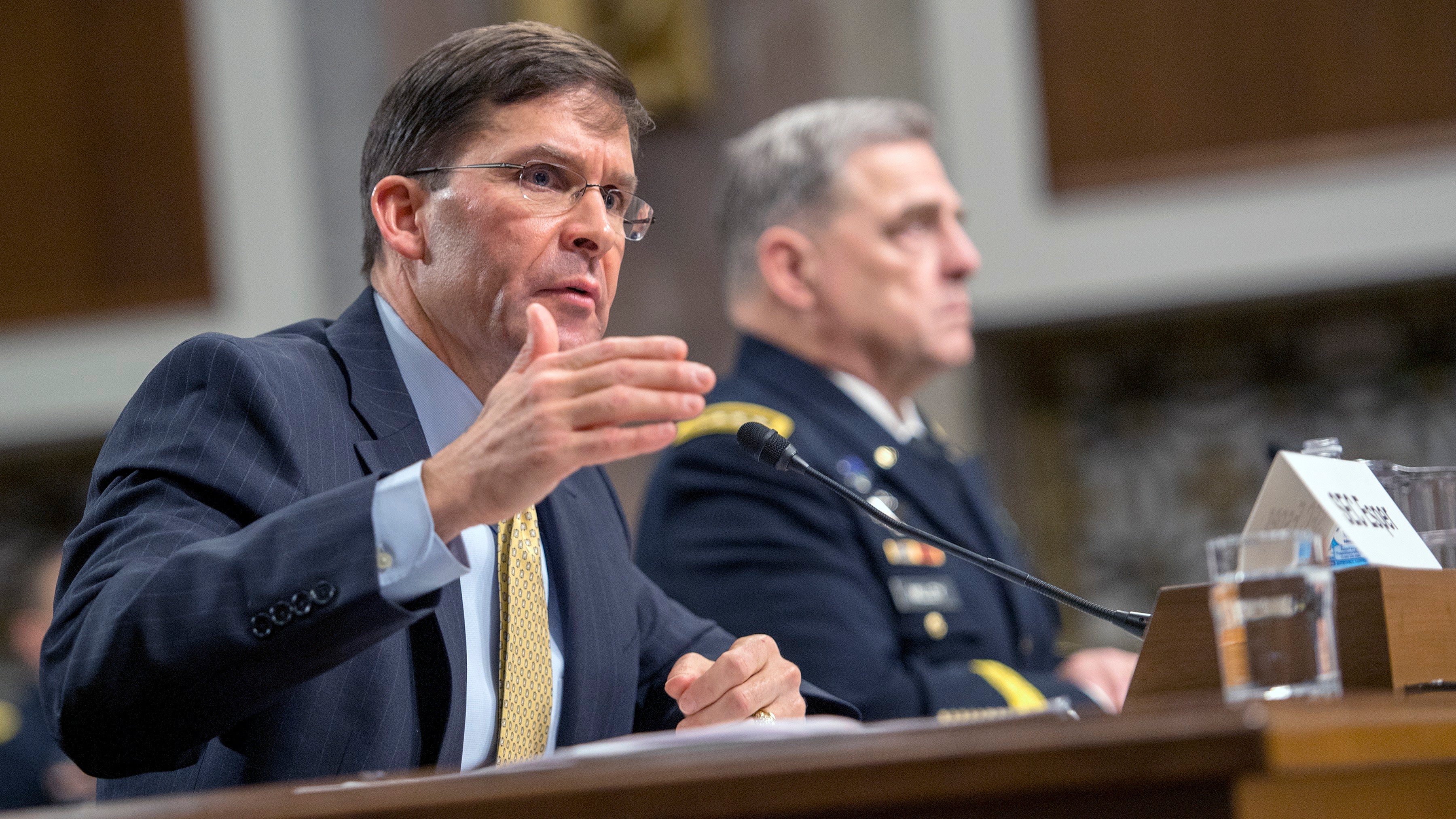 Army leaders are walking a delicate balance in their defense of a $182.3 billion budget for 2020.

On one hand, they are touting improvements. Army Secretary Mark T. Esper told the Senate Appropriations Committee that the number of fully combat-ready brigade combat teams has increased 55 percent in two years. “I'm confident we would prevail against any foe today,” he said.

But they are also asking for support for a budget that includes cuts in 93 programs to help pay for what the Army says are higher priorities, like modernization. Esper said potential adversaries “are working hard” to compete, and the U.S. Army cannot stand still. “If we fail to modernize the Army now, we risk losing the first battles of the next war,” Esper said.

Esper faced questions at a March 27 Senate Appropriations Committee hearing about how and why the Army reduced or delayed some programs to pay for others, and about why the Trump administration was taking unspent money within previous Army budgets to spend on improving the border between the U.S. and Mexico.

One senator wanted to know why the $1 billion wasn’t being spent on improving U.S Army programs in the Pacific. Another asked why an Army arsenal in his state was losing money for building medical shelters as part of the effort to pay for future modernization.

“We recognize that every single program in and of its own self has its own merits,” said Army Chief of Staff Gen. Mark A. Milley. “Everything's relative, and it's relative to other programs and a set of priorities that the secretary and I determined that this program is more important than that program.

“We made some very, very difficult and challenging decisions,” Milley said. Meetings to make those decisions were “intense,” he said.