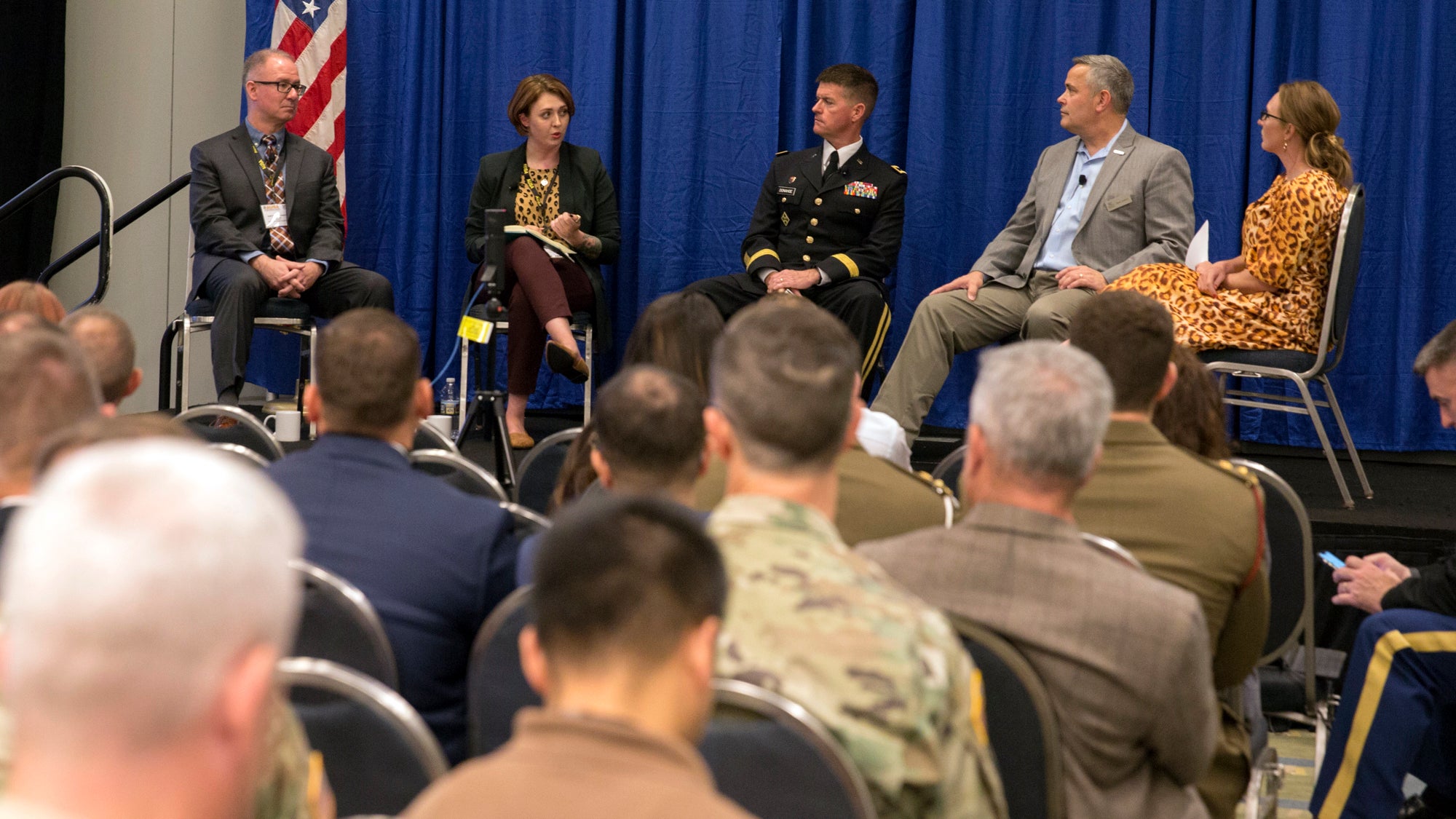 Senior military leaders would do well to engage on social media, because that's where their troops are, media-savvy panelists said to an audience that live-tweeted their comments.

The comments and live-tweets occurred Oct. 14 during a forum at the Association of the U.S. Army’s Annual Meeting and Exposition.

Steve Leonard, who created the popular Doctrine Man comic strip, echoed a social media post from Gen. Robert Abrams, commander of U.S. Forces Korea, who wrote last week that senior leaders need to "get on the bus" of social media.

"There are a lot of people on the bus, and a lot of empty seats," Leonard said during the forum. Leaders should fill the seats before others jump in to take them, he said.

The five panelists, including retired Sgt. Maj. Kenneth Ramos, an admin for the popular U.S. Army W.T.F.! Moments network, and Maj. Megan Jantos, a public affairs officer who also moderated the session, acknowledged that being on social media can be risky for military members.

The risks, though, are overstated, said Brig. Gen. Patrick Donahoe, the deputy commanding general for operations at Eighth Army. Twitter, in particular, offers another component of professional reading and allows leaders to engage in lively, relevant discussions.

"The richness of the discussion outweighs the risks," Donahoe said. The risks can be mitigated, Donahoe said, by observing the "Don't Be Stupid" rule.

First Lt. Kelsey Cochran, who tweets as @LadyLovesTaft, said she does not feel overly vulnerable despite sharing many private details of her life on social media.

"I share the level of detail that I'm comfortable with," Cochran said, adding that she tries to humanize soldiers and build rapport with her audience.

Audience members gave real-time feedback on the discussion, with their hashtag-specific tweets being displayed on a large screen.