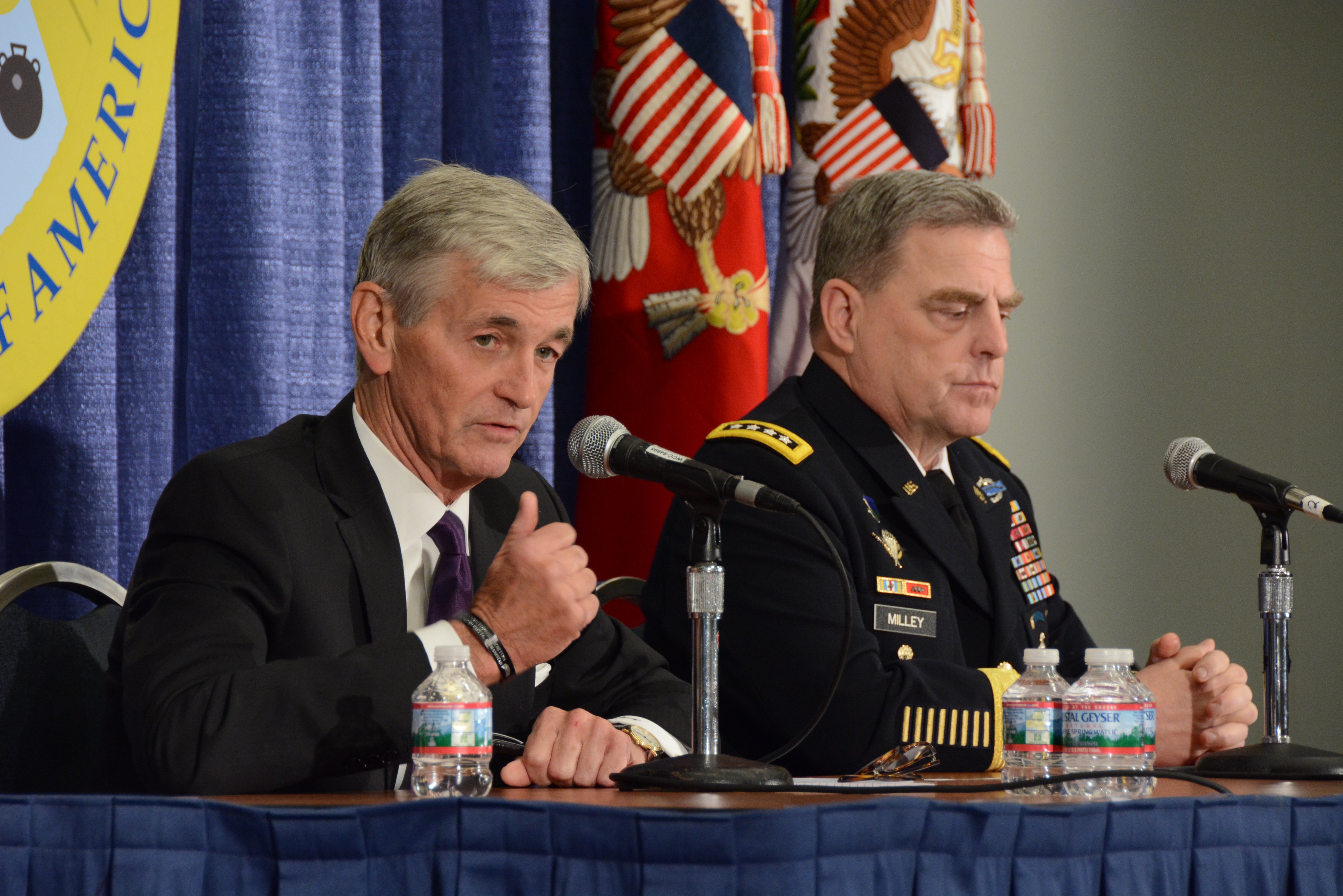 The Army needs help from Congress to have a stable and predictable budget to expand capabilities and improve readiness before the next big national security crisis hits, Army Secretary John M. McHugh said Tuesday during an Association of the U.S. Army congressional breakfast.McHugh confessed there has been “a little bit of acting” involved in the Army’s reaction to the 17 percent budget reduction over the last six years, but the situation ahead is dangerous.Army funding has historically been cut after major wars, and leaders knew this would be happen again, McHugh said. The concern comes because the world has changed since the five-year budget was planned, with new threats causing unbudgeted needs and also raising the possibility of some major national security crisis.“Smart money is on it coming sooner rather than later,” McHugh said. “I can tell you we are going to be in big trouble. I can tell you we do not have the capacity.”His remarks came at an event that is part of AUSA’s Annual Meeting and Exposition, and at a time when Congress has passed a 2016 defense policy bill that faces threat of a presidential veto and when the government – including DoD – is operating with temporary funding that expires on Dec. 11.New Army Chief of Staff Gen. Mark A. Milley said he has not had close interaction with Congress thus far in his career, but he needs congressional help and doesn’t underestimate the pressure on lawmakers.“I am learning a lot about the Hill. Some of it is interesting, one could say,” Milley said, referring to turmoil in the House of Representatives over who will be the Republican House speaker.Retired Army Gen. Gordon R. Sullivan, AUSA’s president and CEO, said he knows Congress and congressional staffers receive wide criticism from the American people.“You are important to us,” Sullivan said at the congressional breakfast. “I don’t know how you keep your spirits up. For what it is worth, we appreciate it.”