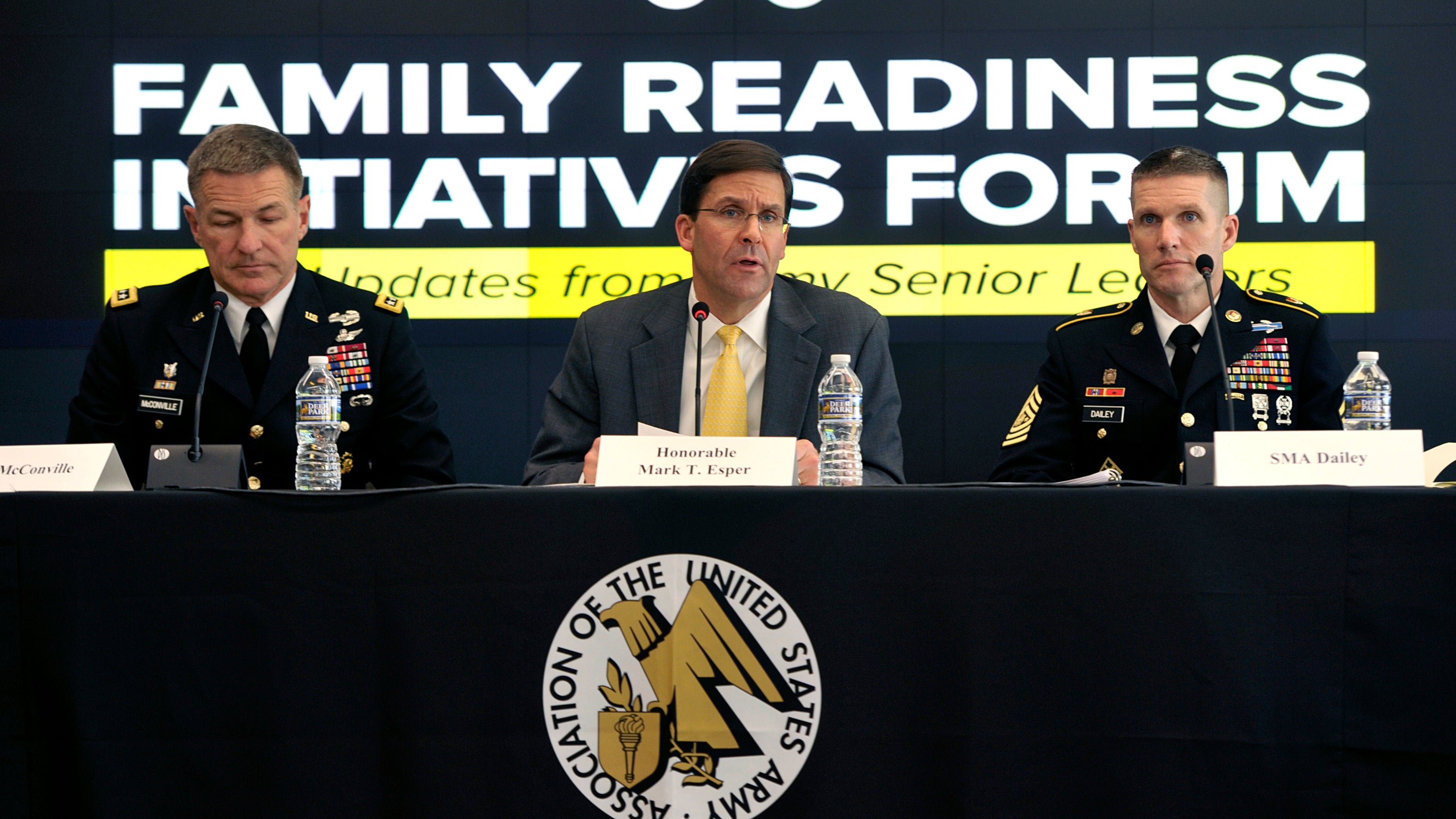 Army leaders announced some major new policies on housing, moving, spouse employment and child care aimed at improving the welfare of soldiers and their families, and they promised much more to come.

Speaking at a family readiness initiatives forum hosted Feb. 5 by the Association of the U.S. Army, Army Secretary Mark T. Esper, Vice Chief of Staff James C. McConville and Sgt. Maj. of the Army Daniel A. Dailey said they’ve done a lot of work to start addressing major complaints from soldiers and spouses and are ready to hear more ideas.

Esper has launched a webpage, Questions From the Road, where he answers questions raised during visits to posts and communities: https://www.army.mil/leaders/sa/questions/

Housing is a major initiative, he said. Inspections are underway of older homes with plans to close the worst housing by 2026. Lead paint inspections are being done on pre-1978 homes, while inspectors are also looking for asbestos, he said.

To reduce some of turmoil of change-of-station moves, the Army plans to increase inspection of household goods shipments and to have more shipments done in crates rather than moved piece-by-piece to cut down on theft and damage. The customer satisfaction scores of moving companies used by the Army will also be posted online.

On child care, Esper said the Army is revising its eligibility policy for Amy-run child development centers to “make sure soldiers receive the priority they should.”

Additionally, the hiring process for child care workers is being streamlined with a goal of hiring in 60 days or less for a process that now averages 134 days. This will expand day care staffing, a move that both adds capability and aids military spouses looking for work, he said.

“We will be soon receiving new authority for direct hiring, which allows us to hire folks in certain specialties in a matter of weeks, and soon we will see a new policy come on called PPP, which is preferred hiring, that will give us another tool,” Esper said. The Army will also use “conditional” hiring for spouses who appear to meet requirements, so they can start work while their formal hiring is being processed, he said.

Efforts also continue to assist spouses who require state licensing for their profession, with a policy under discussion that would reimburse the cost of transferring licenses from another state.

A video of the one-hour meeting is available here: