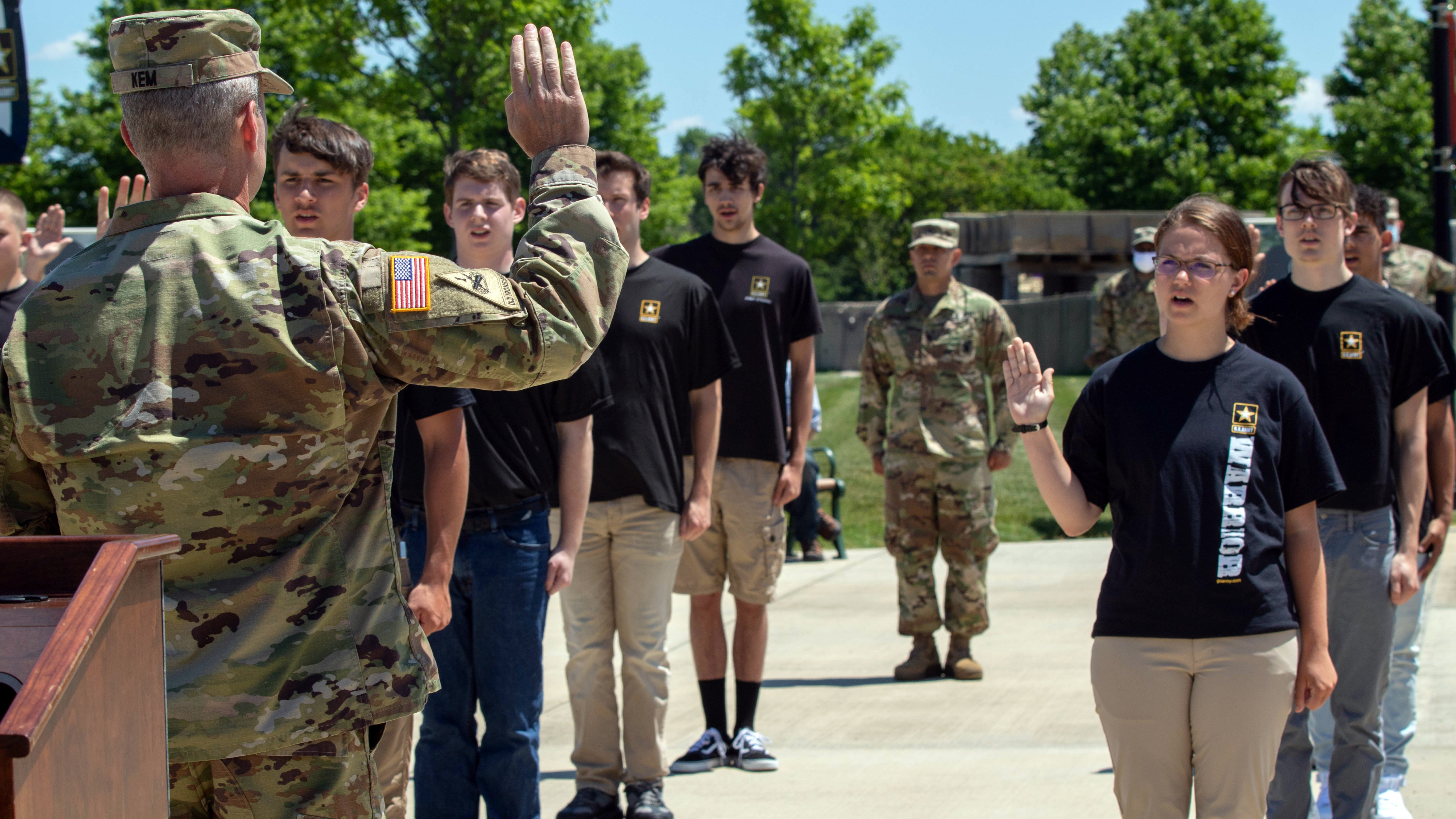 The Army is launching its first national virtual recruiting campaign June 30 with a goal of bringing 10,000 new soldiers into the service.

“We’re asking everybody that is either a member of the Army, or affiliated as a veteran, as a [civilian aide to the secretary of the Army], as an AUSA regional rep or chapter president, or whatever you do for our service, become an active recruiter for three days,” Muth said June 23 during The AUSA Noon Report, a livestream event hosted by the Association of the U.S. Army.

Help could include posting messages or videos on social media and connecting with the local community in other ways, Muth said.

He also called on AUSA members to get to know the recruiters in their local area.

The push behind Army National Hiring Days comes after the COVID-19 pandemic in mid-March forced Army recruiters to rely heavily on virtual recruiting and communications.

When recruiters switched to virtual recruiting, “we were very lucky to have a heavy presence on social media,” Muth said June 17 during a phone call with reporters. But as recruiters resume working in recruiting stations, Recruiting Command is about 4,000 contracts behind where it typically would be, Muth said.

The team began think up different ideas, and a major on the team read about how McDonald’s hired 50,000 people during a one-day event a few years ago, he said.

“We’re not McDonald’s, and I get that,” Muth said, but the Army offers 150 MOSs and a slate of benefits, including health care and education benefits.

“Are we behind? Yes, we are … but we’re close, and we’ve got momentum going,” Muth said.

For example, Recruiting Command typically hits 90% to 92% of its requirements in June. This year, it was 80%—lower than usual but good for a force grappling with a pandemic, Muth said.

In addition, Recruiting Command saw promising results during a “dress rehearsal” for Army National Hiring Days over the Army birthday weekend, Muth told the AUSA audience. During a two-day period, recruiters were able to get 10,000 “makes”—that’s people who commit to talk to a recruiter, either virtually or in person.

Of those, about 7,000 followed through with their interviews, and that typically equates to 800–1,000 contracts, Muth said.

The Army is excited to showcase its 150 military occupational specialties, said Gen. Paul Funk, commanding general of Army Training and Doctrine Command, who was on the June 17 call with reporters.

“We’re excited to bring young men and women into our force,” he said. “The Army is people, and that’s what makes us the special force that we are.”

To enlist in the Army, applicants must be a U.S. citizen or permanent resident; be 17–34 years old; achieve a minimum score on the Armed Services Vocational Aptitude Battery test; meet medical, moral and physical requirements; and be a high school graduate or equivalent.

Qualified applicants are eligible for bonuses up to $40,000 or student loan reimbursement up to $65,000, according to Army Recruiting Command. The Army also is offering $2,000 bonuses to eligible soldiers who sign up during the three-day hiring event.

“The Army has a career for every interest, and many people aren’t really aware of that,” Muth said. “You’ll receive the technical training to succeed in your field and then have access to education benefits to go even further.”

To find more information and connect with a local recruiter, click here.