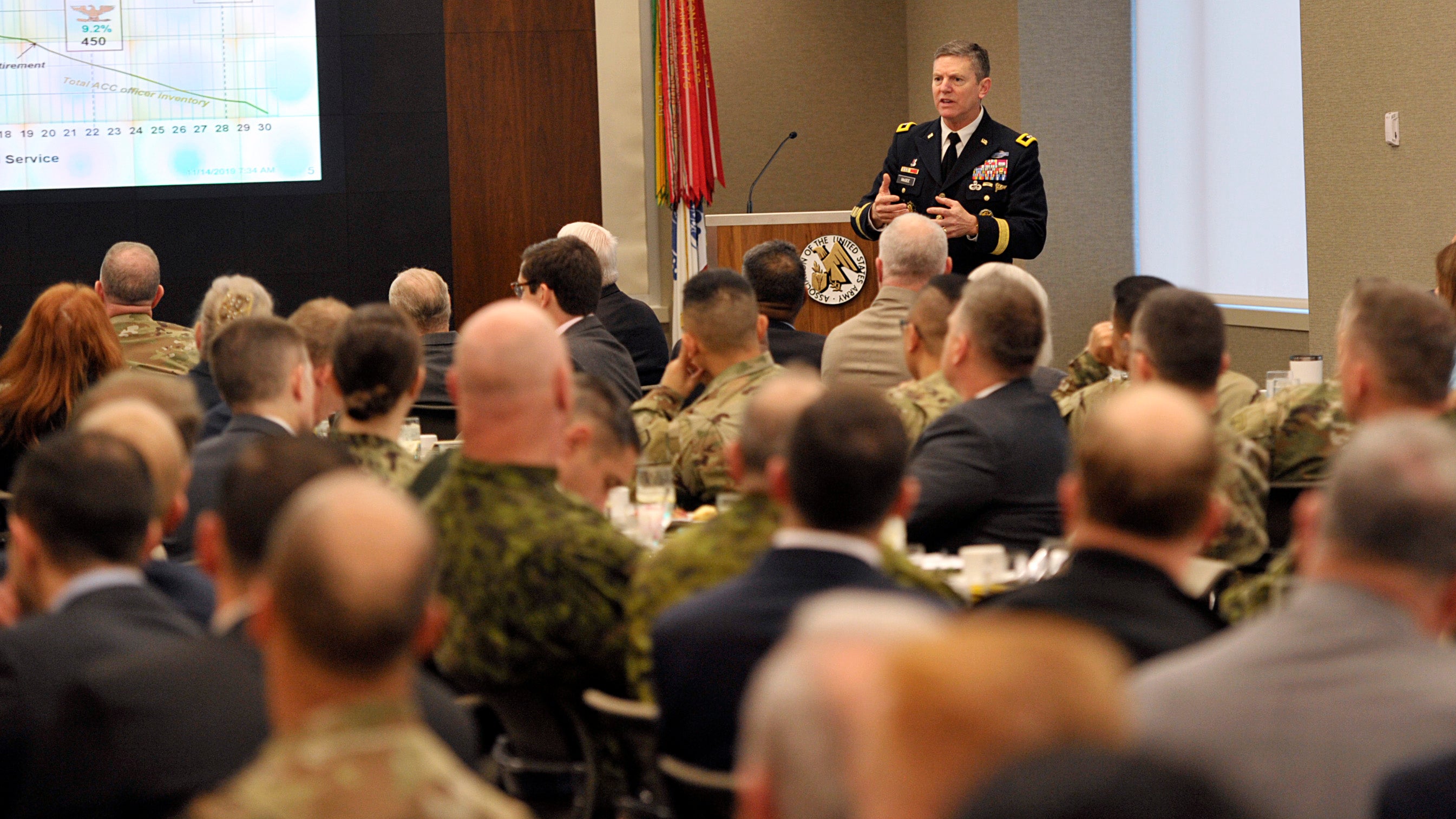 In the first iterations of the Army’s new personnel management system, commanding officers will be trusted to avoid showing undue favoritism in selecting staff members, and they will eventually be evaluated based on how they conduct their hiring practices.

In remarks Nov. 14 at a breakfast hosted by the Association of the U.S. Army’s Institute of Land Warfare, Maj. Gen. J.P. McGee, director of the Army Talent Management Task Force, said in designing the new officer assignment processes, nepotism was an issue “that we spent a fair amount of time looking at.”

But he pointed out that in the current legacy system of promotions and assignments, there is no way to track “by-name request” occurrences because “there is no record of these things.”

“We don’t know actually who hired who, and … that’s worked OK, but it certainly is a de facto black market in the entire assignment process that has been operating for years and years,” McGee acknowledged. “Now, all of a sudden, we’ve got a transparent system that allows people to see who people hire and what those relationships are.”

The Army, as part of its sweeping overhaul of the way it manages talent in the ranks, is looking for ways to get the right person in the right assignment at the right time, McGee said. That includes creating a decentralized, market-style hiring system designed to identify talents and skills among officers from across the force in an open marketplace that will help commanders find the best match for the available job.

The officer evaluation report, McGee said, will still play a role. But officers have been encouraged to “go as deep as they want to” in listing their additional skills, preferences and talents in their profiles to give commanders the widest possible view of all candidates, he said.

Once there have been a few repetitions of the assignment process and there is enough data, it will be looked at to see “whether this is driving us to have a heavily nepotistic hiring process. I tend to think not,” McGee said.

“We’re going to empower commanders with the authority to do this hiring, and we’re going to trust them to do this responsibly,” he said, explaining that the execution order for the hiring process informs commanders that they will be “looked at and evaluated” based on how they conduct their hiring.

For more on the Army’s talent management initiatives, click here.