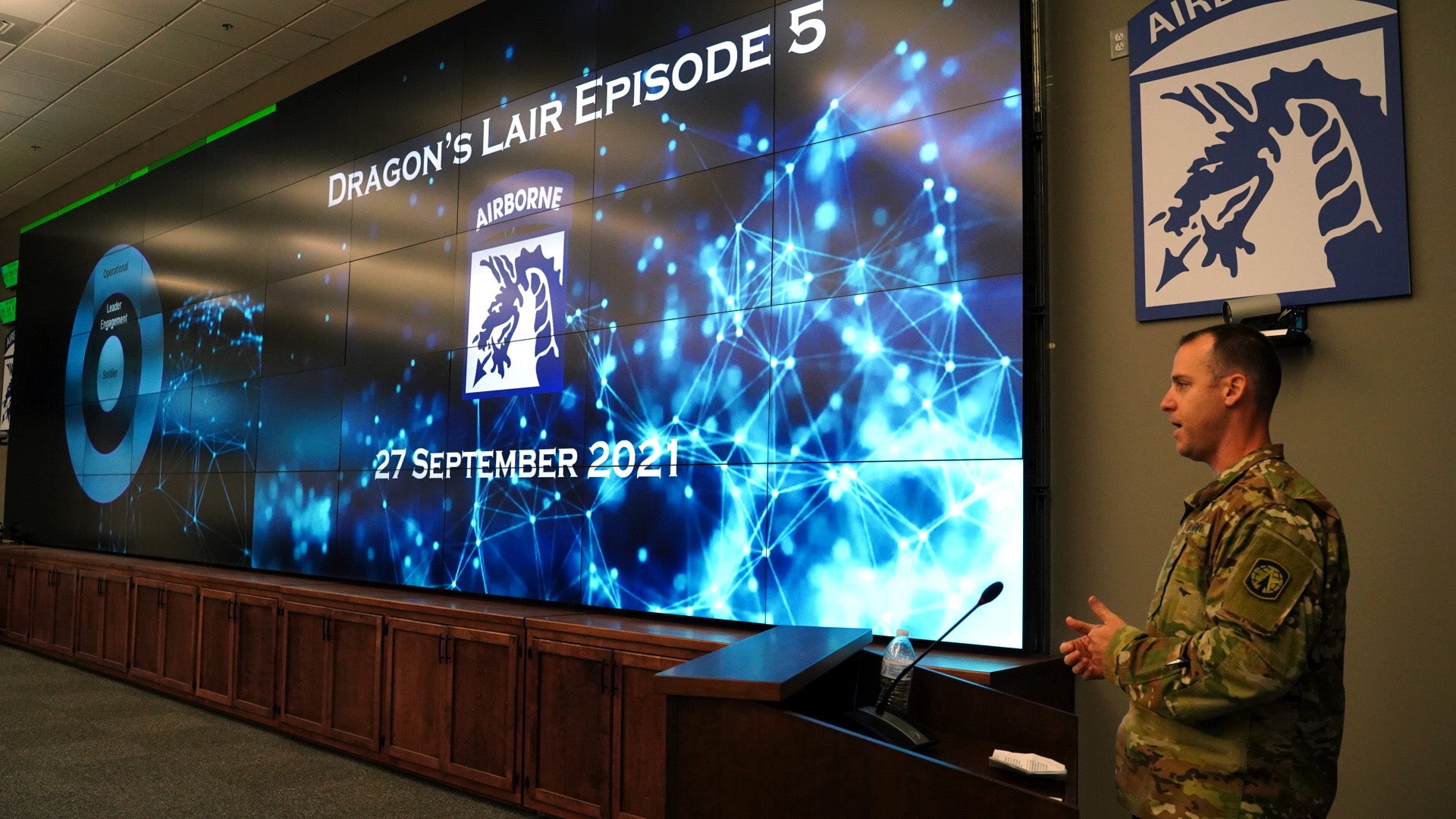 The XVIII Airborne Corps’ quarterly innovation challenge encouraging soldiers to submit ideas to improve operations has been expanded to include competitors from all the military services.

Called “Dragon’s Lair,” the competition follows the format of Shark Tank, the popular TV show in which contestants present their ideas to wealthy investors in the hopes their ideas will get funded.

For the next Dragon’s Lair episode, Lt. Gen. Erik Kurilla, commander of the XVIII Airborne Corps, has opened the competition to all soldiers, Marines, airmen, sailors, Guardians and Coast Guard members to submit their concepts for a chance to implement their ideas across the DoD.

All ideas must be submitted by Nov. 15 through the National Security Innovation Network website here. Once submitted, the corps’ innovation team, Project Ridgway, will select five innovators to present their “pitch” at Dragon’s Lair 6, scheduled for Dec. 6 at Fort Bragg, North Carolina.

“Good ideas reside everywhere across the military,” Col. Joe Buccino, the corps’ spokesman, said in a news release announcing the expanded competition. “Innovations are not limited to soldiers; service members across the force solve inefficiencies in their daily lives. We want to uplift and resource those innovations for the greater good.”

Here’s how it works—a soldier of any rank or MOS must identify a problem, offer a solution, then scale implementation by looking at how it could work at the division level and down to small units. Each contestant has 10 minutes to present their idea before a panel of senior leaders.

The Army contest kicked off in October 2020 and has since recognized and adopted five ideas submitted by soldiers from among the XVIII Airborne Corps’ 92,000 soldiers across 14 installations. Winners get a Meritorious Service Medal, a four-day pass and attendance at their school of choice.

The winning innovator for Dragon’s Lair 5, according to the release, was 1st Lt. Mahdi Al-Husseini, a helicopter pilot from the 25th Infantry Division in Hawaii who won the episode with his visual feedback system to improve pilot performance.

Since the first episode, Dragon’s Lair has featured a wide spectrum of winning innovations including phone apps and behavioral health services to virtual reality training, the release said.