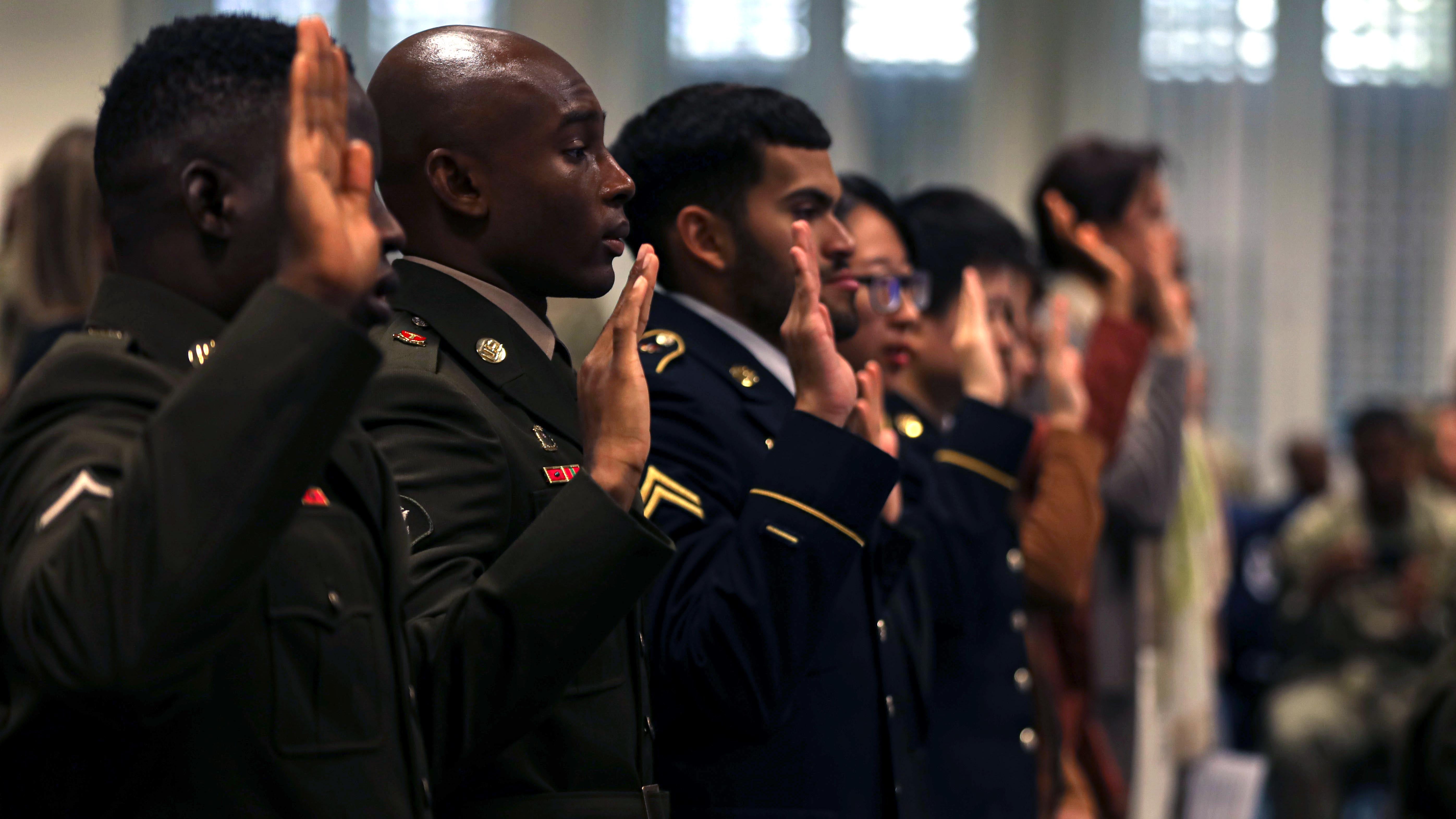 The U.S. Army has pledged to do a better job aiding soldiers and their families interested in becoming naturalized citizens.

That promise comes after officials acknowledged in response to a Government Accountability Office report that they haven’t had a good process to track citizenship requests and make certain critical deadlines are met.

The Army isn’t alone with that problem. The Defense Department said it also plans to establish a new policy on the military naturalization process.

The GAO report says thousands of noncitizens join the U.S. military each year who are eligible for expedited citizenship for themselves and family members. The process has not always been smooth because the certification process has tight deadlines that are not always met because multiple federal departments are involved.

The Army has had a particular problem because of how the process was conducted but promises to create a centralized process under the Army Training and Doctrine Command to ensure deadlines are met. The process will include telling enlistees they are eligible for expedited citizenship because of their service in the Regular Army, Army Reserve or Army National Guard. The Army blamed its failure to track how long the certification process was taking because it had a decentralized structure. Putting Training and Doctrine Command in charge will centralize the effort.

The Army’s legal assistance program is required to offer help to soldiers on immigration and naturalization issues, GAO says. The other services have similar policies. In the report, the Army says it hasn’t issued any policy that requires soldiers to be told that naturalization help is available, nor was it mentioned on any public Army website. In March 2022, the Army sent its first notice to noncitizen soldiers about the possibility of expedited citizenship.

The GAO report notes the Army recently started emailing noncitizen soldiers about naturalization, something the Marine Corps has not done.