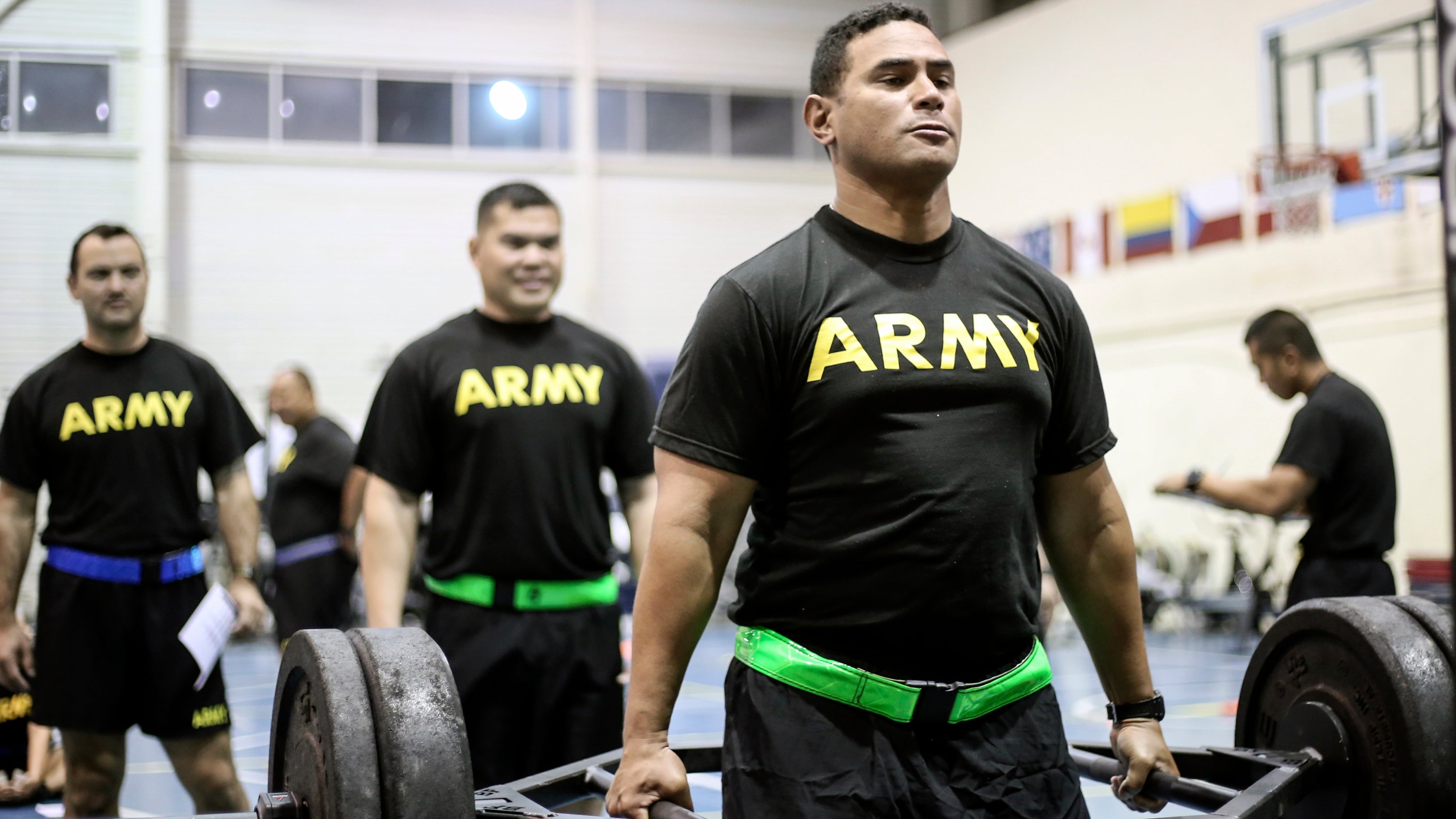 The new six-event Army Combat Fitness Test is scheduled to be conducted by all soldiers starting Oct. 1, replacing the Army Physical Fitness Test that has been used since 1980.

The ACFT, which has been tested by select units over the past year, was designed to provide a more accurate assessment of a soldier’s ability to perform common tasks required in combat situations. Many soldiers who have already taken the test describe it as “much more rigorous” than its predecessor.

Beginning in October, every soldier will take two not-for-record ACFTs about six months apart. The new test will become the physical fitness test of record no later than October 2020.

The six events in the new test are the dead lift, the standing power throw, the hand-release push up, the sprint-drag-and-carry, the leg tuck, and the 2-mile run, which is the only holdover from the outgoing APFT.

Studies have demonstrated that the 2-mile run is an excellent way to test soldiers’ aerobic fitness, Army officials said.

“Aerobic capacity is the most important measure of a soldier’s fitness,” said Dr. Bruce Jones, a retired Army colonel and medical doctor with the U.S. Army Public Health Center. “And weight-bearing physical activities such as running or marching are inescapable routine military aerobic activities.”

Senior leaders have identified three key advantages to the new test: it measures strength and conditioning that accurately mimics the movements necessary on the battlefield, it’s gender- and age-neutral, and it promotes an Armywide culture of physical fitness.

Soldiers must maintain a healthy lifestyle and train for overall strength and conditioning to perform well on the ACFT. Research shows this will decrease injuries, which will increase the number of deployable soldiers.

For currently injured soldiers, and those on permanent profile, the Army Center for Initial Military Training is developing alternate events, also expected to be officially approved on Oct. 1. These events may include the stationary bike, swimming events or rowing.

Soldiers will continue to conduct the APFT as the official test of record during this one-year transition period, until Oct. 1, 2020.

To learn more about the ACFT, visit: www.army.mil/acft/