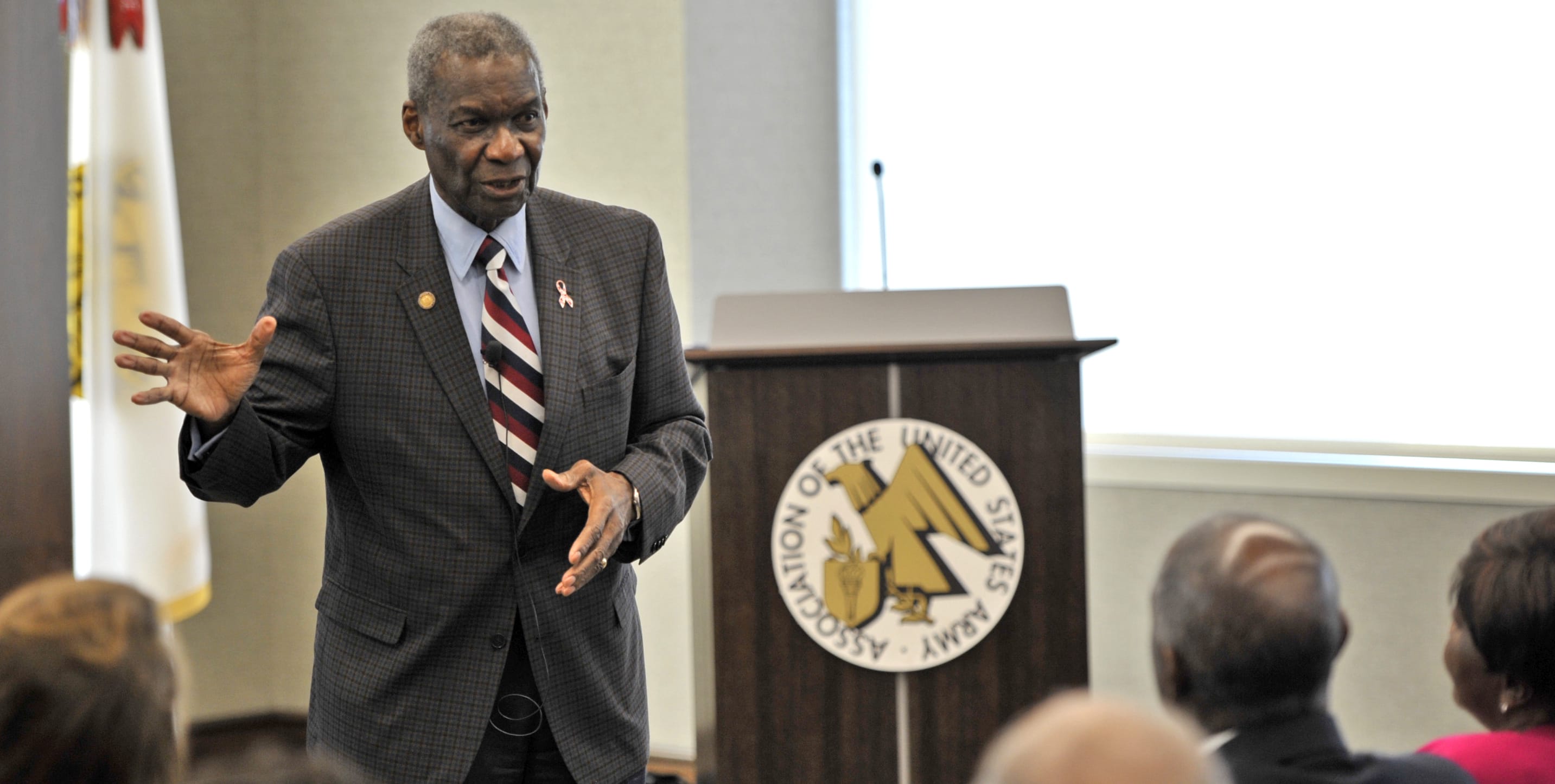 With that simple declaration, retired Lt. Gen. Julius W. Becton Jr. summed up his primary motivation for decades of service that began in an era when minorities faced immense challenges in a military—and a civilian society--that was still rigidly segregated.

Becton, 90, the guest speaker at a Black History Program sponsored by the Association of the U.S. Army at its headquarters in Arlington, Va., said he was on active duty for training at Aberdeen Proving Ground, Md., in 1948 when President Harry Truman issued his historic Executive Order 9981 to desegregate the military.

“All commanders were told, ‘Read this to your soldiers,’ “ Becton recalled. “The post commander assembled all the officers and noncommissioned officers together in the post theater. He read Executive Order 9981 and then said, ‘As long as I’m the commander here, there will be no change.’

“Simple as that,” Becton said. “It took some time for people to really follow that through.”

This occurred during Becton’s second stint in uniform. He first volunteered for Army service in mid-1944 at age 18, with a desire to become a pilot. When astigmatism knocked him out of contention for flight school, he applied and qualified for Officer Candidate School at Fort Benning, Ga.

He became a newly minted second lieutenant in late 1945 with the all-black 93rd Infantry Division and served until he mustered out of the Army in late 1946.

However, “I decided I really liked soldiering,” Becton said. The second time around, he stayed in uniform until retiring in 1983. During his more than 35 years of total service, he saw combat in Korea and Vietnam and earned two Silver Stars, two Legions of Merit, a Distinguished Flying Cross, two Bronze Stars and two Purple Hearts, among his many awards.

Throughout his career, Becton said, the only thing that ever mattered to him when assessing individuals for particular assignments or tasks was whether they were qualified.

“If they were qualified, fine,” he said.

Retired Gen. Carter Ham, president and CEO of AUSA, described Becton as “a man who has lived through extraordinary change and service. You’ve reminded us how far we have come as an Army and a nation. You have made this great country stronger.”