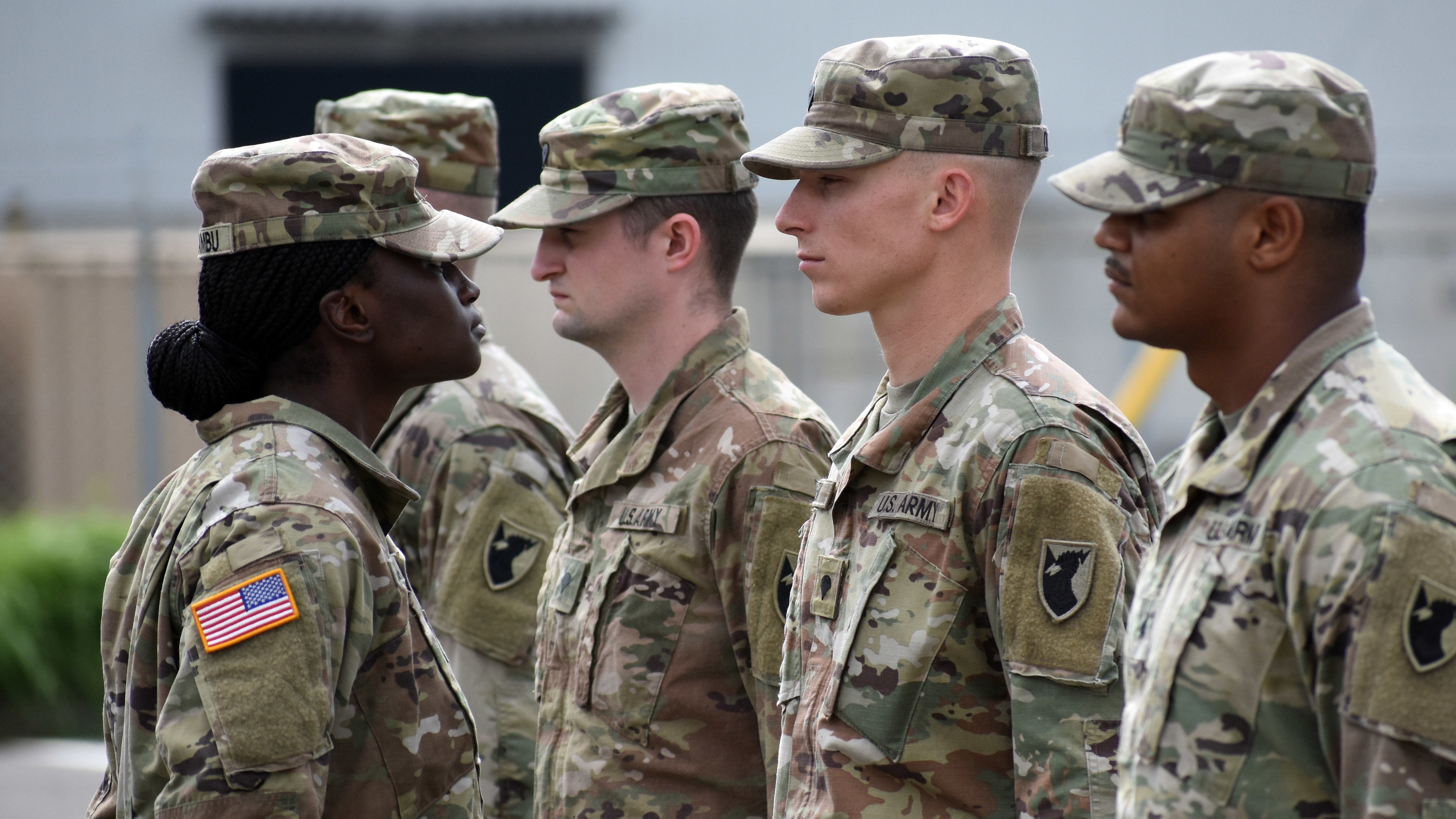 The Army has signed more than 68,000 new active-duty soldiers and will meet its recruiting goals for fiscal year 2019, the service’s senior leaders said.

The Sept. 17 announcement comes two weeks before the end of the fiscal year, and officials credit this year’s success to a larger recruiting force and several new recruiting initiatives the service set into motion after falling short of its goals last year.

“We are extremely proud of the Army's recruiting efforts,” said acting Army Secretary Ryan McCarthy in a statement. “We changed the way we do business and got results. We are ensuring the Army is ready now and investing in the future.”

By meeting its recruiting goals, the Army can achieve its modernization and readiness goals, Army Chief of Staff Gen. James McConville said in a statement.

“The Army is a great place to work and it provides people multiple pathways to success while serving a purpose greater than themselves,” he said.

In the past year, the Army has added about 700 recruiters. It also implemented several new initiatives, including developing 44 virtual recruiting stations that focus on reaching eligible young people through social media and texting. The Army also stood up an Esports Team and the Warrior Fitness Team, two outreach teams designed to better connect with young people who are interested in gaming or fitness.

In the coming year, the Army expects to continue its push to grow. But McCarthy has said the Army faces long-term challenges when it comes to sustaining and growing the force.

A 3.6 percent unemployment rate and a population where about 70 percent of 17- to 24-year-olds need a waiver to join the military present a “real challenge” to the Army, McCarthy said during an August event hosted by the Foundation for Defense of Democracies.

The Army’s goal is to continue growing by about 2,000 new soldiers a year until it reaches an end strength of about 500,000.