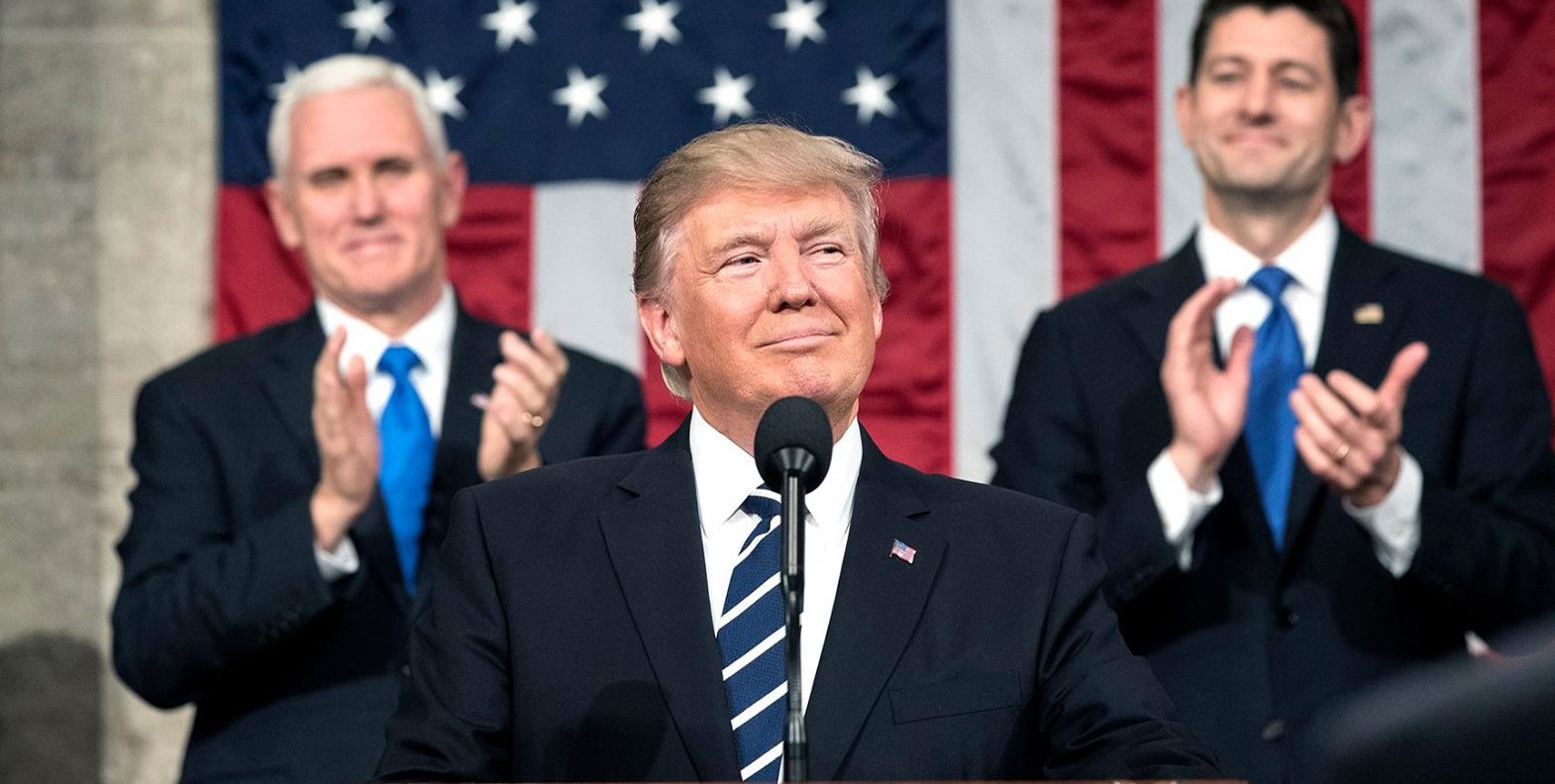 In his first State of the Union address, President Donald Trump praised an Army hero, vowed to soon call for one of the biggest military spending increases in U.S. history, and said America is again ready to lead the world.

His televised Jan. 30 address before a joint session of Congress came as lawmakers are still working on the overdue defense budget for fiscal 2018 and just days before the Trump administration releases its 2019 budget plan. The government is operating with temporary funding that expires at midnight Feb. 8.

Trump said America’s military is strong and getting stronger. “I am sending Congress a budget that rebuilds the military, eliminates the defense sequester and calls for one of the largest increases in national defense spending in American history,” Trump said of the fiscal 2019 budget that he pledged would also increase funding for veterans’ programs.

The U.S. is very close to defeating the Islamic State militant group, he said. “I am proud to report that the coalition to defeat ISIS has liberated almost 100 percent of the territory once held by these killers in Iraq and Syria but there is much more work to be done,” Trump said. “We will continue our fight until ISIS is defeated.”

Trump invited many American heroes to the speech. One was Army Staff Sgt. Justin Peck, an eight-year Army veteran who in November saved the life of a Navy chief petty officer, Kenton Stacy, while the two were clearing explosives from a hospital in Raqqa, Syria. A bomb exploded while they were working on the building’s second floor. “Justin bounded into the booby-trapped building and found Kenton in bad shape,” Trump said. “He applied pressure to the wound and inserted a tube to reopen an airway. He then performed CPR for 20 straight minutes during the ground transport and maintained artificial respiration through two hours of emergency surgery.”

Stacy “would have died if not for Justin’s selfless love for a fellow warrior,” Trump said, pointing to Peck, who was seated in the chamber of the House of Representatives in a box with first lady Melania Trump. “All of America salutes you.”