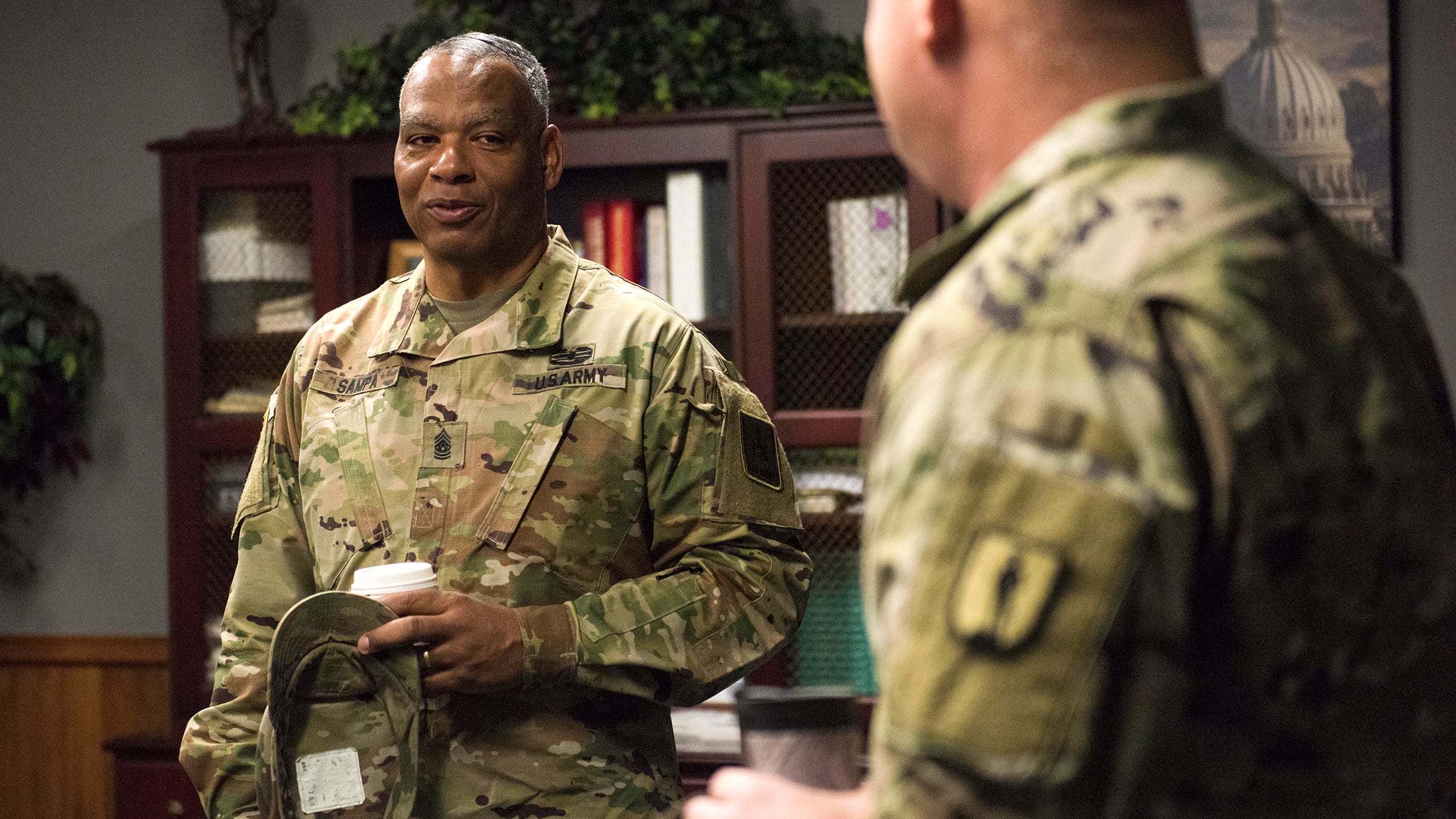 The senior enlisted leader of the Army National Guard is the guest speaker during an upcoming webinar hosted by the Association of the U.S. Army.

Command Sgt. Maj. John Sampa, who speaks Dec. 2 as part of The AUSA Noon Report series, is scheduled to discuss Army National Guard operations in the past year, the component’s recruiting and retention efforts, and what the Guard is planning for 2021.

The event starts at noon Eastern and is free, but registration is required here.

He previously was the senior enlisted leader for the Texas Military Department, and he also served as the command sergeant major of the 36th Infantry Division. Sampa has been mobilized for combat duty three times, serving in Bosnia and twice in Iraq.

A graduate of the Texas Highway Patrol Academy, Sampa has worked for the Texas Department of Public Safety for 23 years.

As the senior enlisted soldier of the Army National Guard, Sampa leads a force that has been on the front line of the fight against COVID-19. At the same time, soldiers have continued to deploy overseas, support wildfire operations and respond to hurricanes and other natural disasters.

“Anytime there’s a homeland response, our Army National Guard is there,” Sampa said earlier this year, as he expressed his pride in how soldiers have mobilized to help their communities.

“That’s the strength of the Army National Guard. We bring our civilian skill sets to whatever the situation is, … and it makes for an awesome, awesome response,” he said, adding, “I’m proud of the things they’re doing, the sacrifice they’re making for their communities and their states.”