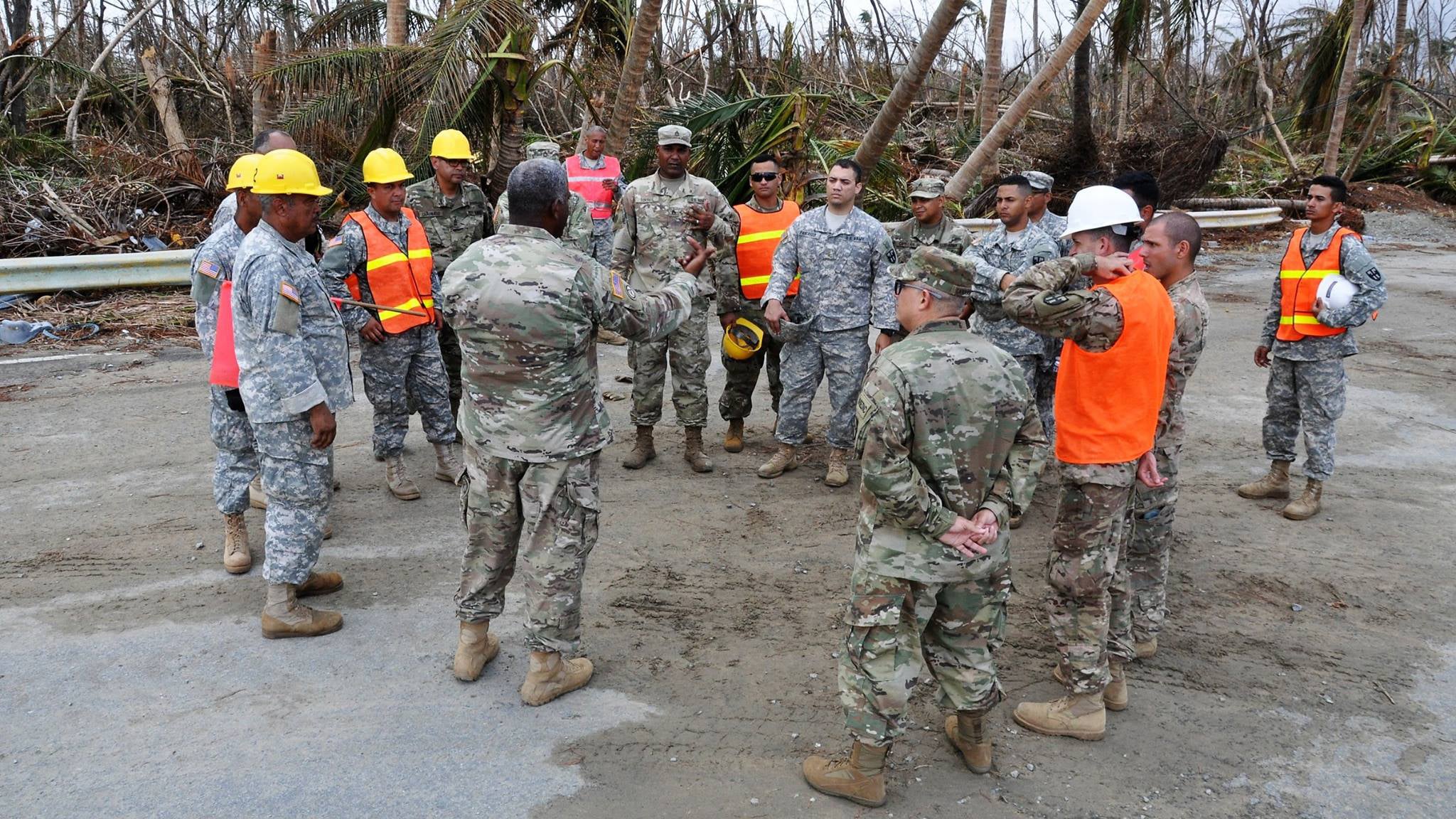 Army Lt. Gen. Jeffrey S. Buchanan is at the helm of the Defense Department’s response to the disaster in Puerto Rico and the U.S. Virgin Islands in the wake of Hurricane Maria. He is coordinating the land-based operation and serving as primary liaison to the Federal Emergency Management Agency.

The mobilization of U.S. military assets is in response to the catastrophic effects of Hurricane Maria, which made landfall in Puerto Rico on Sept. 20. The storm claimed at least 16 lives, destroyed the island’s power grid and isolated thousands of people in towns cut off by flooding and damaged roads.

In coordination with Canadian military partners, units from Fort Bragg, N.C., Fort Stewart, Ga., and Fort Campbell, Ky., were airlifted to Puerto Rico and the U.S. Virgin Islands to provide communications and medical, logistics and aviation capabilities. This includes the distribution and delivery of more than 100 generators, 3 million MREs for federal workers and close to 30 million shelf-stable meals for local residents, and 115 trailers with additional food, cots, bottled water, tarps and blankets provided by the Defense Logistics Agency.

Working with Puerto Rican government leaders, DoD and FEMA helped reopen seaports and airports, re-establish power at hospitals with generators brought in by the U.S. Army Corps of Engineers, and delivered food and water to the island’s municipalities.

In a phone call with Puerto Rico’s governor Sept. 28, Deputy Secretary of Defense Pat Shanahan pledged that DoD will stay aligned with FEMA’s plan to stabilize the situation and sustain life in Puerto Rico. He made clear that supporting the territory’s citizens is a top priority, and DoD will deploy all needed resources to do so, according to a statement.

Army Emergency Relief, where Army National Guard and Army Reserve on active state for more than 30 continuous days are eligible for aid.