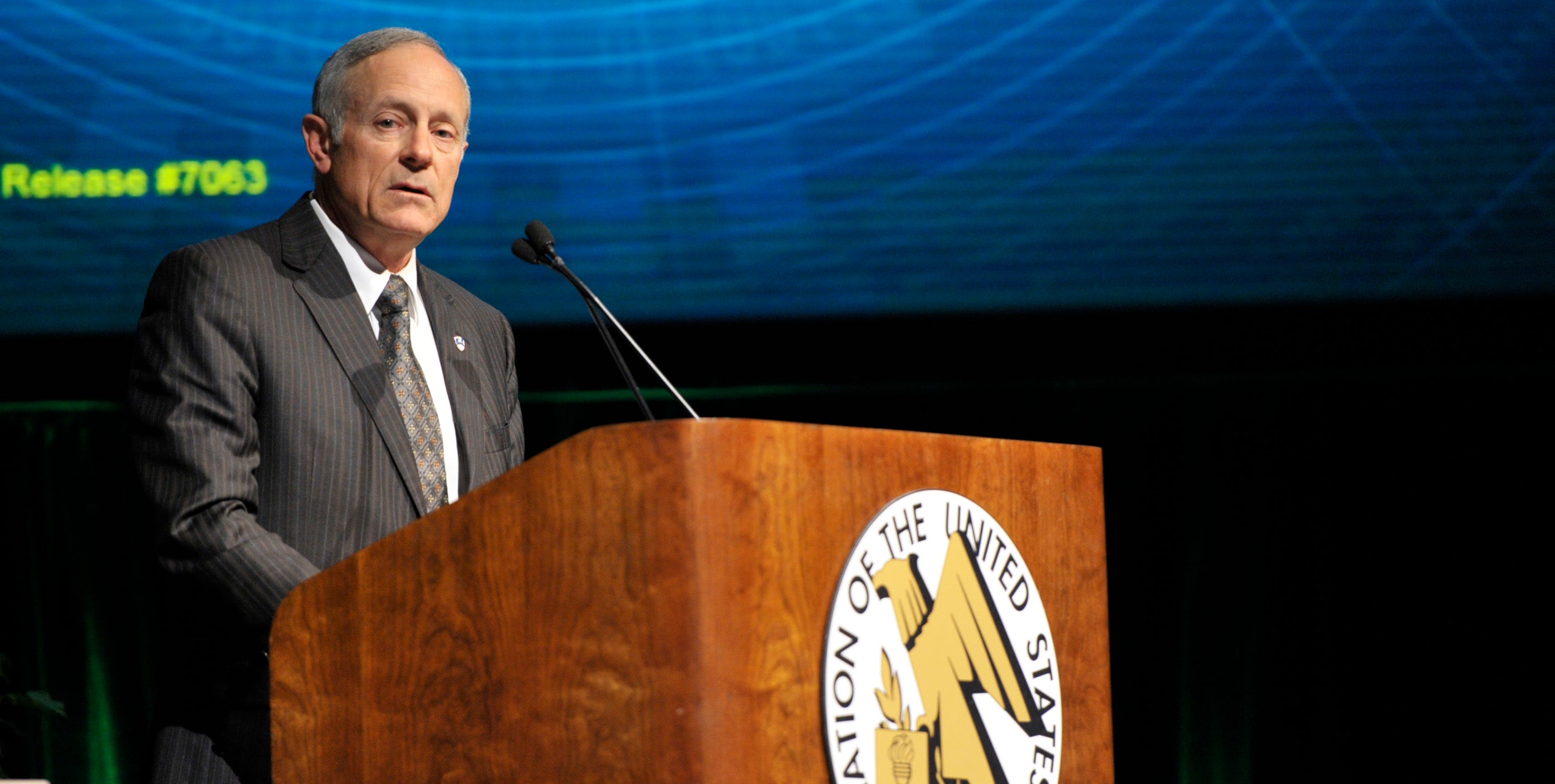 The Army’s future as the world’s most powerful ground force rests, at least partly, in space, a top Army official said Wednesday on the final day of the Association of the U.S. Army’s Global Force Symposium and Exposition.

The three-day event at the Von Braun Center in Huntsville, Ala., attended by more than 5,000 people, wrapped up Wednesday, March 15.

Richard P. DeFatta, acting director of the Army Space and Missile Defense Command’s Future Warfare Center, said the Army faces many challenges in space and cyberspace that pose problems for ground forces. One of the most critical, he said, is the potential loss of global positioning information. The Army is increasingly reliant on the Global Positioning System, with 250,000 systems either GPS-enabled or dependent, he said. It is critical the Army defend the GPS system, and critical that Army units learn to maneuver in conditions where GPS is degraded or unavailable.

Ground forces need communications and navigation aids in space to attack with precision and defend themselves from attack, DeFatta said.

DeFatta spoke at a symposium that included speakers and professional-development panel discussions mostly focused on immediate and future needs related to the evolving Multi-Domain Battle strategy. There were also sessions dedicated to leadership development of NCOs and Army civilian workers, an update aimed at Army families on changes in Army medicine, Army-organized presentations of innovative technologies and Army briefings on a variety of programs.

Karl F. Schneider, who as the temporary Senior Official Performing the Duties of the Under Secretary of the Army, was the highest-ranking Army civilian at the event, said the Army needs to push innovation and change culture.

“Often I think our inflexibility frustrates those who have worked with us for a long time, and it deters new innovative companies from partnering with us in the first place,” Schneider said.