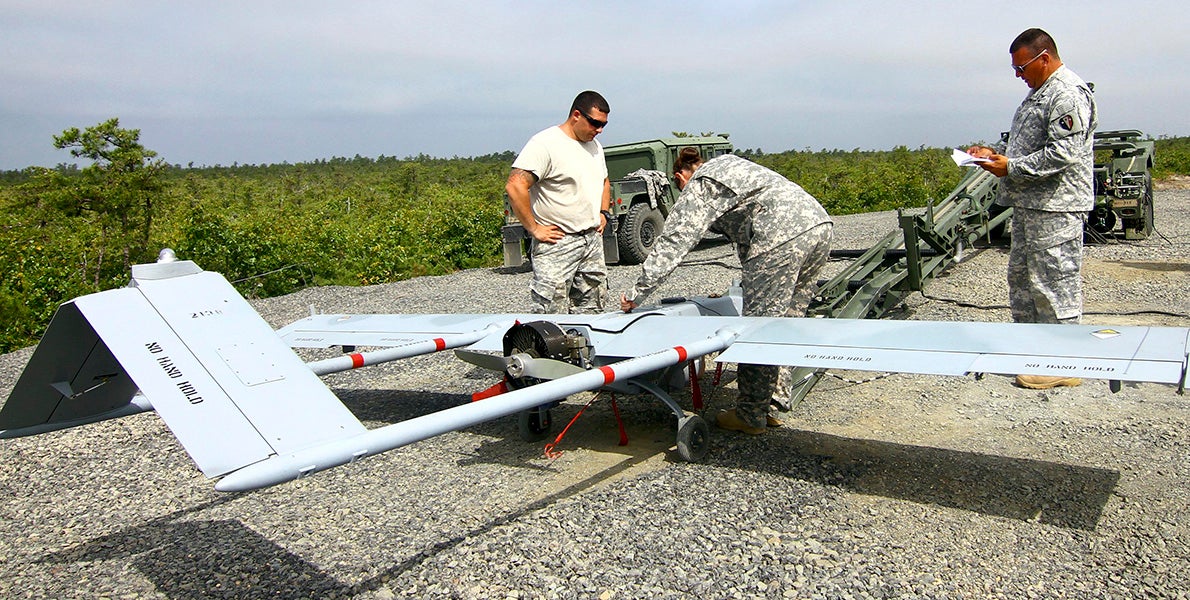 The Army is done, for now, with its planned purchases of the two main unmanned aerial systems in its inventory, the MQ-1C Gray Eagle and the RQ-7 Shadow. However, lawmakers want to know how the service plans to enhance training resources for the drone systems to support increasing demand from combat commanders.

The Senate version of the fiscal 2017 defense authorization bill notes that DoD last year announced plans to increase drone combat air patrols (CAPs) around the world by 50 percent by 2019, to about 90 per day. While the Air Force will continue to have the bulk of those missions, the other services would pitch in. Plans call for the Army to take on between 10 and 20 daily drone patrols in various locations.

Congress will return to work on the defense bill after Labor Day.

A February report by the Center for the Study of the Drone at Bard College, N.Y., said while the Army bought 17 Gray Eagles in fiscal 2016, it plans to buy none in the next fiscal year, although it intends to spend $99 million on a variety of systems upgrades and training and support functions. Similarly, the Army wants to devote $73 million to upgrades for the Shadow, while purchasing only one, as a replacement for a Shadow that was lost in Afghanistan.

The Senate Armed Services Committee wants the Army to submit a report on its broader plan to boost its training resources for the Shadow and Gray Eagle platforms to support the growth of Army drone CAPs.

Meanwhile, the Bard College report says even as the role of unmanned aerial systems continues to expand, the Army is looking to increase funding for unmanned ground vehicles and plans to launch new projects to research “swarming weapons and increased autonomy,” as well as unmanned vehicles that can detect buried IEDs.