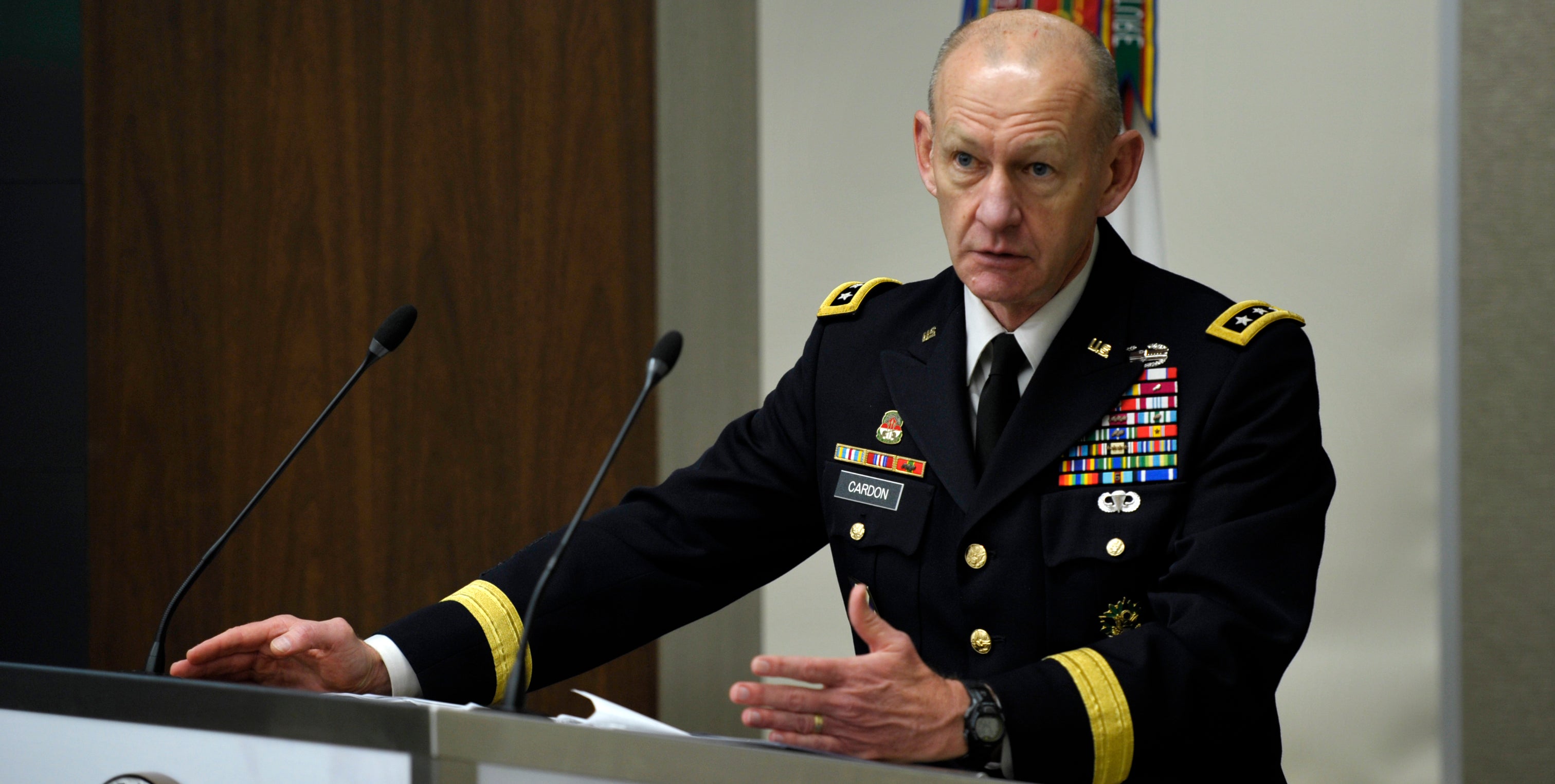 In a small office at the Pentagon, the job of transforming the Army’s way of doing business is as big a mission as how it fights. And it must move quickly.

Speaking at a breakfast sponsored by the Association of the U.S. Army’s Institute of Land Warfare, Lt. Gen. Edward Cardon, director of the Army’s Office of Business Transformation, said the position he’s occupied for just six months is almost certain to grow because of the Trump administration’s focus on business reform.

“The Army’s business transformation has to go as fast as our warfighting innovations,” Cardon said. “The question is, how do we organize now for what we know is going to come?”

An example, he said, is the ponderous ordeal soldiers once endured to request leave, a process that included more than a dozen manual entries with a natural vulnerability to error. Replacing that now is the Integrated Personnel and Pay System–Army, or IPPS-A, a system that soldiers will be able to access on a mobile device.

“That’s transformational, and everyone across the Army will feel that. But when you look at processes across the Army, there is stuff like this all over the place,” he said, explaining that there are roughly 800 separate IT systems in the Army and more great ideas coming from soldiers every day. “It makes it very difficult to see the Army.”

Harnessing and using the Army’s vast troves of data is another area ripe for transformation, he said, suggesting improvements could come sharing best practices with the private sector. Determining how many tanks the Army has is an easy data point, but finding out whether a tank’s engine can be tweaked to be more efficient in temperatures of more than 100 degrees is much more difficult.

“Intuitively I think that’s possible,” Cardon said, “but we have no data that says that. A lot of our data right now is subjective in nature.”

Data collection is not without its risks, Cardon said, pointing to security breaches in which millions of government employees’ personal data were hacked. But it can be addressed using programs such as the recent Hack the Pentagon pilot adapted to the Army. The industry red teams are powerful, he said, because “you’re getting the best of the outside to come in and do this.”

Cardon encourages leveraging best business practices through public-private partnerships as a way to run the business side of the Army. Right now, he said, the partnerships exist only to generate the warfighter.

“We have this tremendous force, but I also see how the strategic environment with technology is very different from even 10 years ago,” Cardon said, adding that business reform will depend on leaders’ “ability to recognize that and educate ourselves in this and go forward and think about what that means to the business of the Army.”