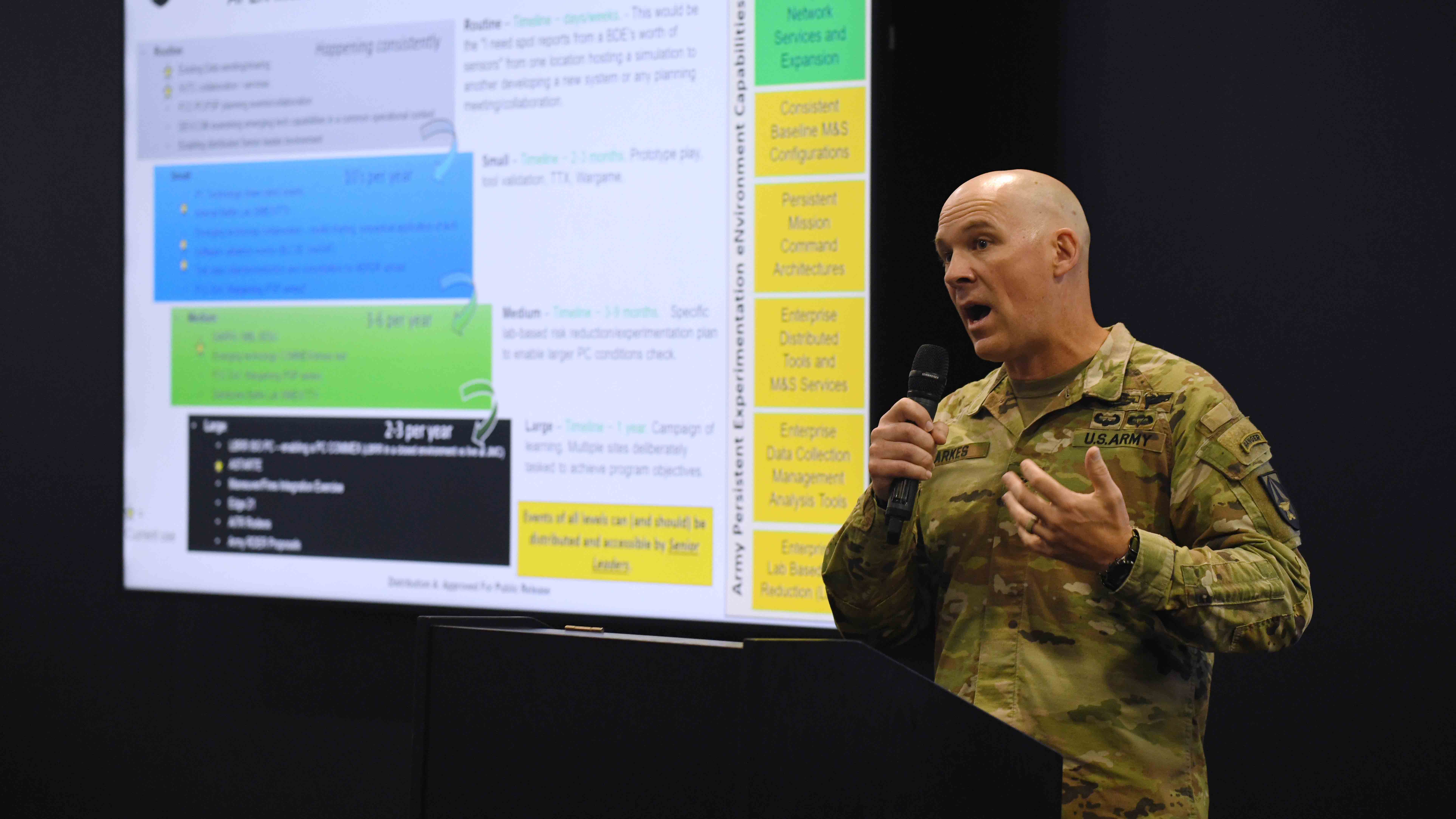 Among the challenges presented by multidomain operations is the need to test and evaluate concepts and systems in that environment.

Traditional testing has involved dragging systems and networks out into the desert, running the test, then breaking down the networks before they’re returned to their original locations, according to panelists at a Warriors Corner presentation during the Association of the U.S. Army’s 2021 Annual Meeting and Exposition in Washington, D.C.

However, borrowing a concept from the Missile Defense Agency, the Army is looking to establish a persistent network for experimentation and development called the Army Persistent Experimentation Network, or APEN.

“The reality of it is, how do we bring together our research and development laboratories and our centers of excellence with our operators and put them all in an integrated network environment to be able to rapidly experiment, prototype and even test our systems in new and novel ways?” said Willie Nelson, director of the Assured Positioning, Navigation and Timing/Space Cross-Functional Team.

“The intent here behind APEN is to bring this up on an integrated environment and then leave them to be able to operate and provide scenarios to be able to conduct around-the-clock kind of experimentation persistence,” Nelson said. “You pay for it once, you bring it up, you're connected and you stay on.”

Last October, within a year of when the lab was created, the Army stood up a facility at Aberdeen Proving Ground, Maryland, and began “interconnecting” the other research and development labs almost immediately, he said.

“What the lab represents is the Army's tactical network, providing an integrated tactical network representation, along with the services and capabilities that would be on that network,” he said. “And because Project Convergence 21 is a joint environment, we also partnered with the Air Force, the Navy, and the Marine Corps, and we connected their laboratories into this environment as well.”

Access is critical, said Col. Dave Parkes, chief of the modeling and simulation division at Army Futures Command’s Futures and Concepts Center. “I’ve got to have access to not only the network, physically being connected, but also the tools on the network,” he said. “Then I've also got to have flexibility, and when I say flexibility, that's why we're not talking about a real-world network. We're not talking about a tactical network. We're talking about something that we can use to do experimentation.”

Such a network allows the Army to “start putting our concepts through the rigor that's required on the back end, to produce that next operating concept,” Parkes said. “In order to do that, in a closed, restricted environment … we've got to have that closed loop environment, and  that's what this affords us.”