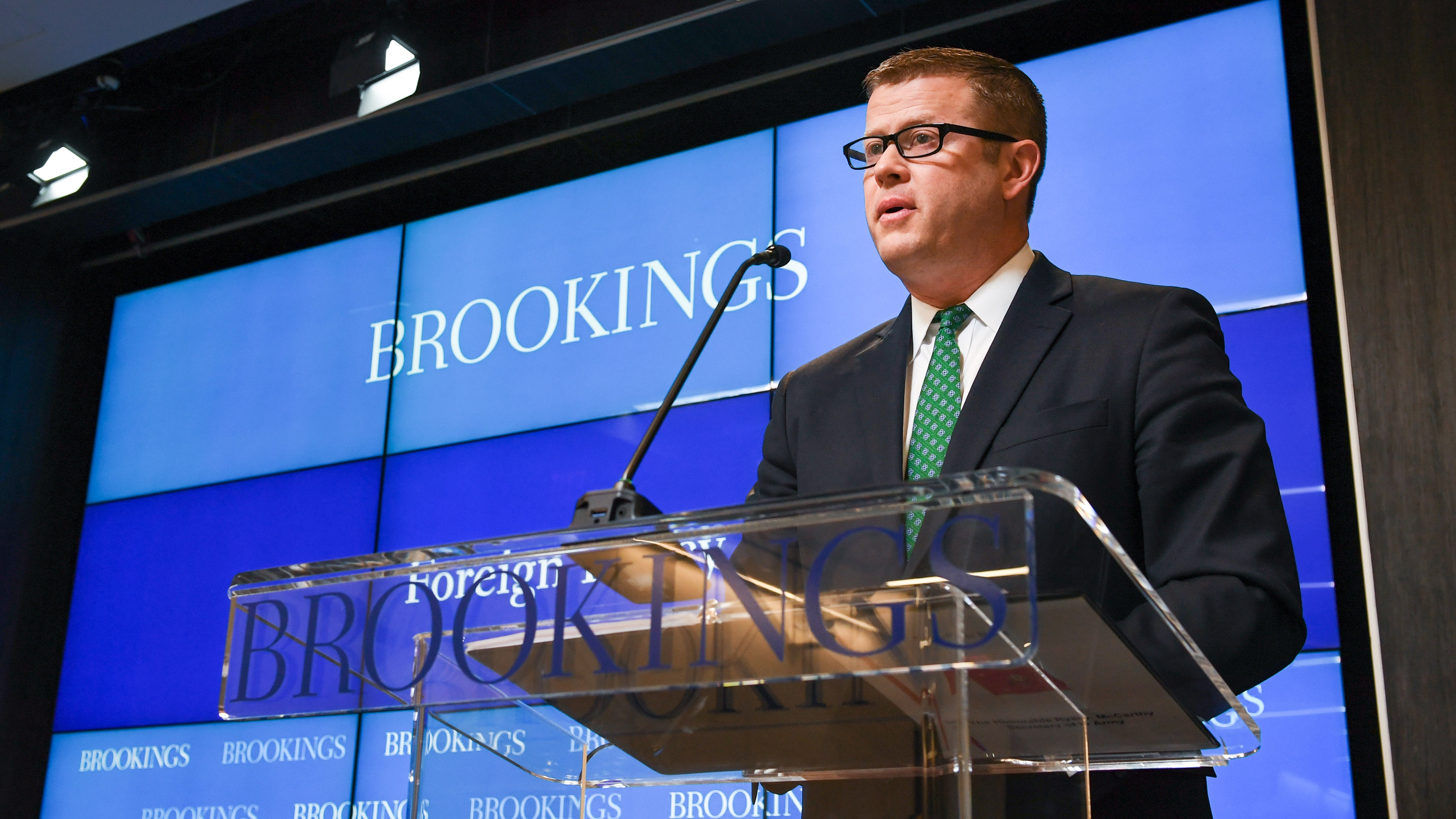 The Army is reinvigorating its presence and partnerships in the Indo-Pacific region as the U.S. looks to gain an edge against near-peer competitors such as China, the Army’s top civilian leader said.

“The U.S. must maintain overmatch against our adversaries, and the Army is foundational to the joint force’s success in the [U.S. Indo-Pacific Command] area of responsibility,” Secretary of the Army Ryan McCarthy said while speaking at the Brookings Institution on Jan. 10.

During the discussion, which focused on the Army’s strategy in the Indo-Pacific, McCarthy said the U.S. must maintain a continuous presence in the region—which includes six of the world’s 10 largest armies, four of the most populous countries and three of the largest economies.

In an era of great-power competition, China will emerge as a “strategic threat,” and “having the U.S. Army in the region, with modernized weaponry, nestled alongside our counterparts, changes the calculus and creates dilemmas for potential adversaries,” McCarthy said.

Having boots on the ground—sharing equipment, training together and communicating with allies—shows commitment, increases interoperability, and strengthens relationships and influence in the region, McCarthy said.

“Ships sail through shared waters, and planes fly overhead,” he said. “These are integral parts of the fight, but nothing comes close to the effects of boots on the ground, standing shoulder to shoulder with our counterparts, huddled over plans or walking through jungles together.”

America’s partners have an “insatiable appetite” to partner with the U.S., McCarthy said. That’s why the Army is “reinvigorating its presence and disposition in the Pacific.”

The Army plans to send soldiers on five-month extended rotations to Thailand, the Philippines and Papua New Guinea in 2020, he said. In fiscal 2021, the Army will deploy a multidomain task force to the Indo-Pacific region, with a second planned for 2022. One of the service’s new security force assistance brigades also is slated to deploy to the region in 2021, he said.

“We’re expanding the scope, duration, scale and location of our training and exercises with partners to push into new areas,” McCarthy said.

The Indo-Pacific region continues to be important to America’s interests, McCarthy said, citing an “ongoing fight for influence in the region, for which access and presence are critical.”