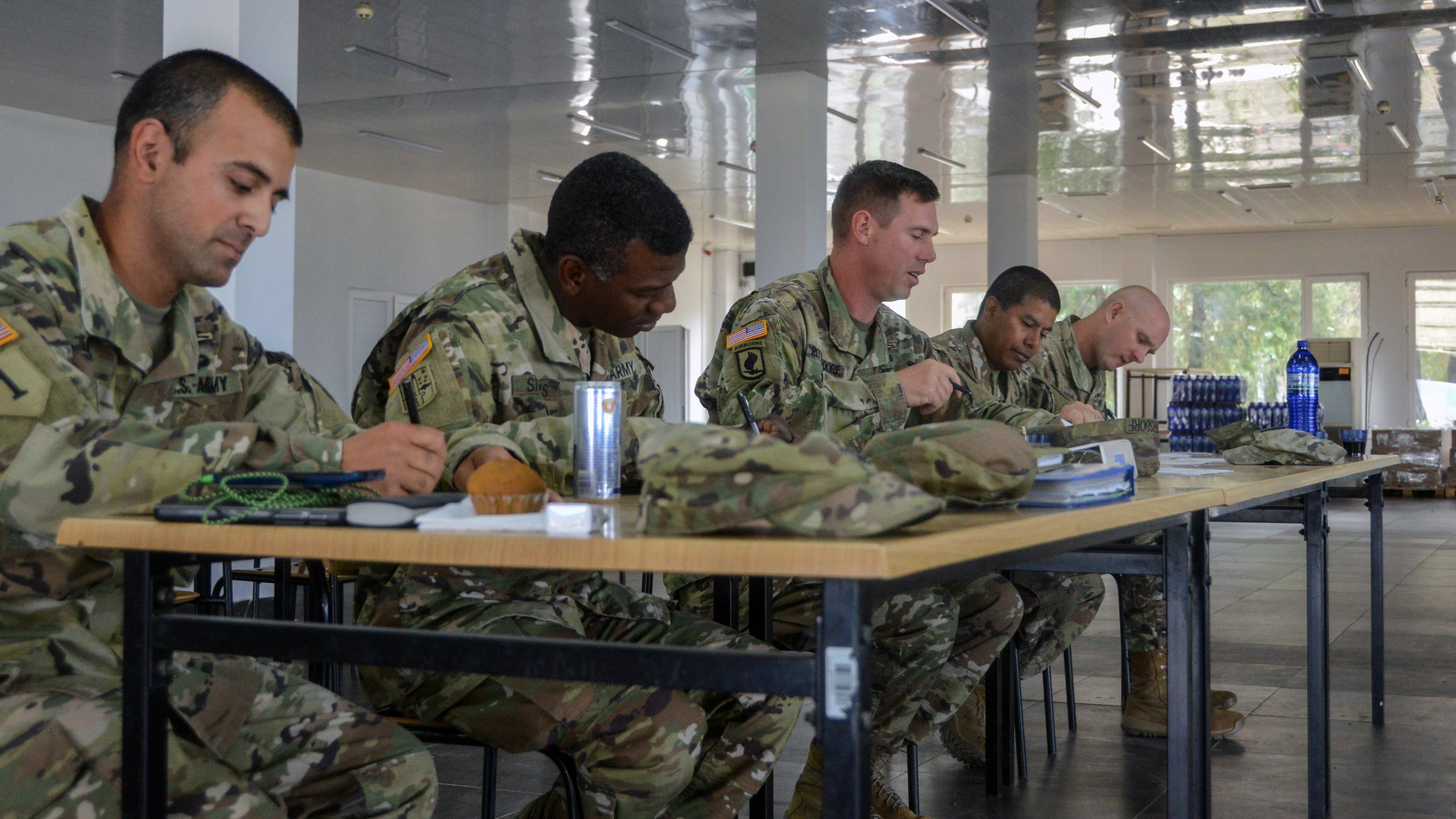 The Army is pushing forward several NCO talent management initiatives aimed at overhauling the way enlisted leaders are promoted and assigned and giving soldiers new options as they progress in their careers.

Bolstered by the success of new officer promotion and assignment programs launched early last year, the Army is advancing three new programs that focus on leadership positions for senior NCOs.

The First Sergeant Talent Alignment Assessment, run at the division or installation level, is designed to look at the local population of master sergeants and senior sergeants first class who are eligible for first sergeant positions to see how they can be matched with the right job at the right time.

Rather than taking away the decision-making process from local leaders, the program aims to provide more information about each soldier and a better understanding of the position itself, Sgt. Maj. Robert Haynie of the Army Talent Management Task Force said Feb. 24 during The AUSA Noon Report, a webinar hosted by the Association of the U.S. Army.

The program was tested at Fort Bragg, North Carolina, with 13 master sergeants from the 82nd Airborne Division and the XVIII Airborne Corps, and “99% of them said it was a great initiative,” Haynie said. “They felt that it had a more holistic look at an NCO to match up with those positions.”

The Sergeant Major Assessment Program, which was tested last fall at Fort Knox, Kentucky, will move forward in November with implementation at the brigade level. Modeled after assessment programs for lieutenant colonels and colonels, the new program is designed to assess brigade-level sergeants major for assignments in key billets.

“While we're going to start with brigade level, it will expand to battalion level for the following year, so now we're going to have an opportunity to really use objective assessments, to complement the current subjective evaluations that are already used, as we select battalion and brigade command sergeants major,” Maj. Jed Hudson, also of the Army Talent Management Task Force, said during the webinar.

Hudson also highlighted the Assignment Satisfaction Key-Enlisted Marketplace, or ASK-EM, a program managed by Army Human Resources Command that is “now up and running,” Hudson said.

ASK-EM allows NCOs to see what assignments are available and nominate themselves for jobs that best suit their abilities and interests. Hudson estimates about 9,000 NCOs will be using this system for their next assignments.

“Their preferences matter. The soldier has transparency, can see all the jobs available, and the soldier has predictability on when they're going to move … [which is information] they didn’t have prior to ASK-EM,” Hudson said.

After the new Integrated Personnel and Pay System-Army, known as IPPS-A, goes live for the Regular Army and Army Reserve at the end of the year, ASK-EM will be expanded to build off the success of the officer marketplace, Hudson said.