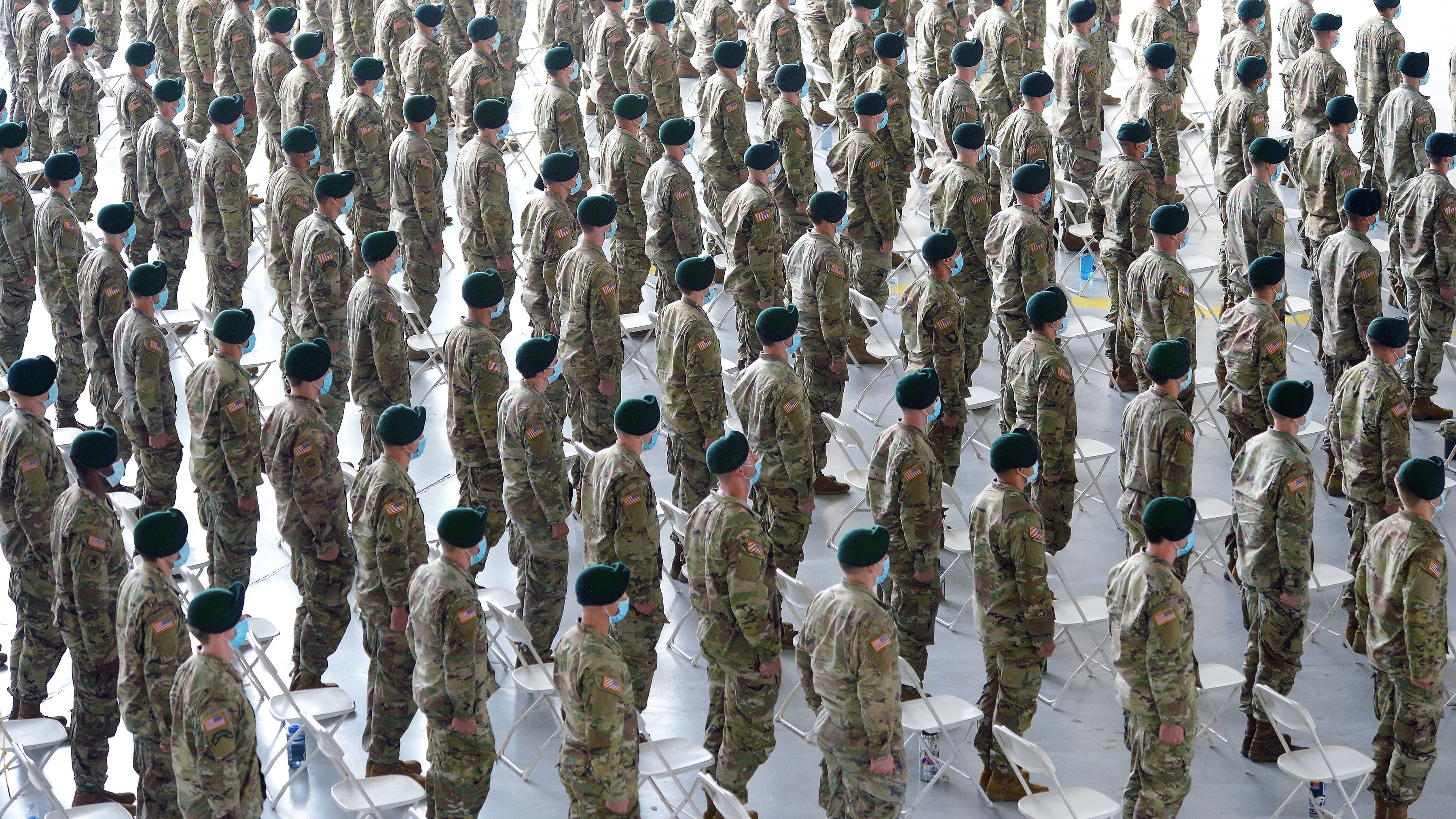 The Army exceeded its fiscal year 2020 end strength goal of 485,000 active Army soldiers despite battling a pandemic that forced the service to shut down recruiting stations and slow the process of receiving and training new soldiers and cadets, officials said Oct. 9.

Lt. Gen. Gary Brito, deputy Army chief of staff for personnel, said the end strength for fiscal 2020 topped 485,383 soldiers, a combination of new recruits, soldiers who reenlisted and those who took advantage of a short-term reenlistment option put in place because of the COVID-19 pandemic.

Brito said the Army National Hiring Days recruiting blitz conducted over the summer to make up for the recruiting lull yielded “30,000 credible leads.” He said he expects the Regular Army end strength for fiscal 2021, which began Oct. 1, to grow by about 1,500 soldiers.

Brito credited the Army’s focus on people for its strong end strength and reenlistment numbers. This includes initiatives such as a talent management process that allows reenlisting soldiers to have more of a say in what they do and where they go; information gleaned through several career and job satisfaction surveys; and programs and policies that help the Army align soldiers with the best job fit.

The short-term reenlistment option that offered soldiers up to 11 additional months on duty was snapped up by 1,664 soldiers. Of those, many then chose to stay even longer, as 139 reenlisted to continue their careers and 1,002 extended to fiscal 2021, said Sgt. Maj. Mark Clark, senior enlisted adviser to Brito.

Maj. Gen. Kevin Vereen, commander of Army Recruiting Command, praised the “flexibility and adaptability” of Army recruiters, who already had a robust presence on social media when recruiting stations were shut down nationwide because of the pandemic.

Recruiters “successfully assessed enough new soldiers to assure that the Regular Army met its end strength goal,” he said. “It has been a challenging year for the nation, and this year was no different for us.”

There were 62,150 new accessions in fiscal 2020, Vereen said, adding that 47% of new recruits were minorities and 18.1% were women. As Army recruiting continues to adapt to a country where young people want to see more authenticity, more women will be added to the recruiting force so they can talk about the experience of being a woman in the Army, he said.

“Innovation in this business is essential. Between our recruiters’ ingenuity with virtual recruiting, our eSports, our fitness and musical outreach teams, our efforts online, and our nationwide call to action with the Army National Hiring Days, we found ways to connect with America even when we couldn't see them face to face,” Vereen said.