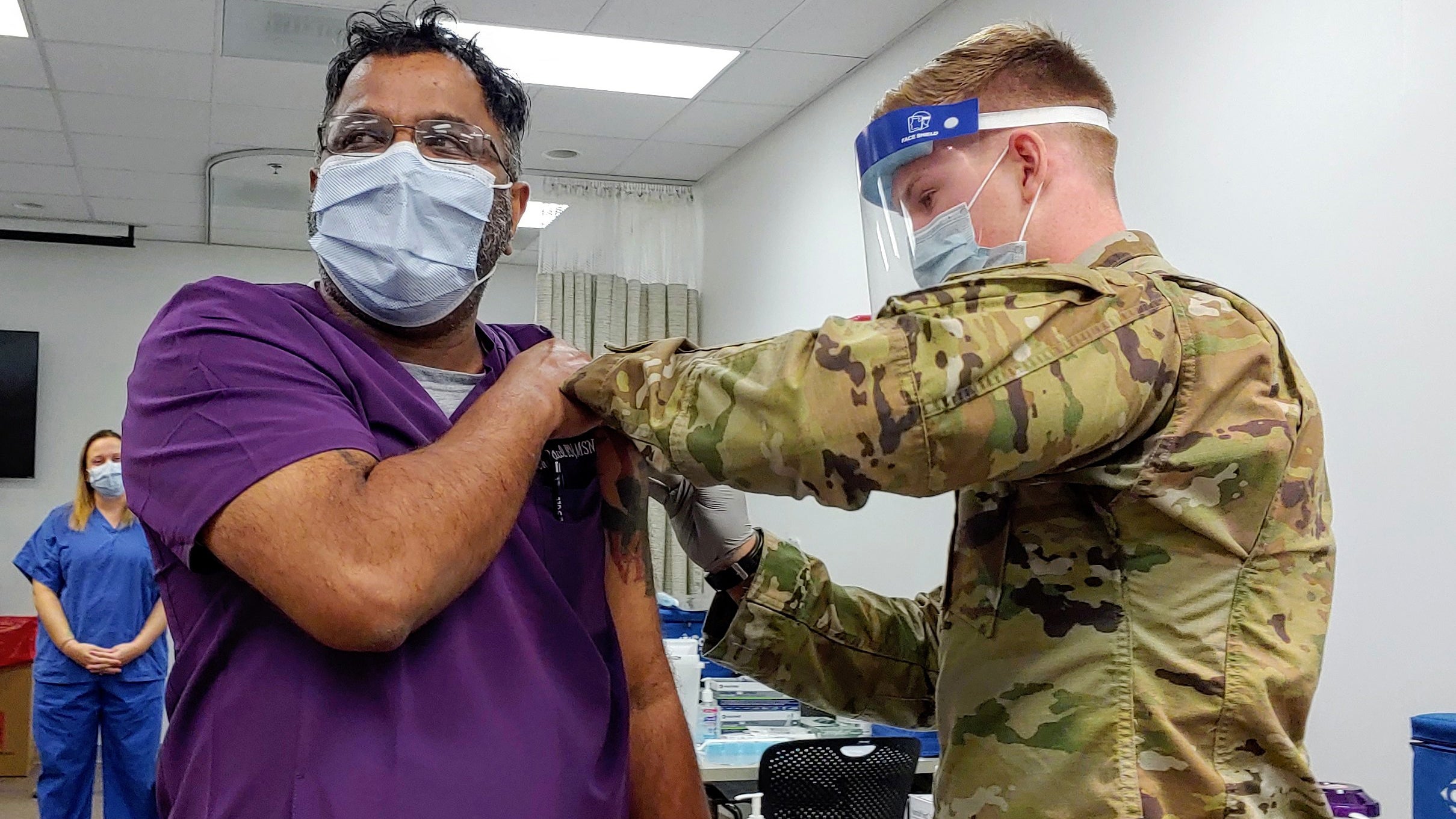 Almost 1,000 active-duty soldiers are supporting COVID-19 vaccination centers across the country, Army officials said March 8, as the Pentagon continues to mobilize more troops to help with the national effort.

The soldiers, along with personnel from the other services, are being mobilized in addition to thousands of National Guard troops who are already supporting COVID-19 operations in their communities.

The military has been increasingly called upon to help as the federal government ramps up vaccine efforts in cities across the U.S. According to DoD, about 6,235 active-duty service members, forming 40 teams, have been identified to support COVID-19 vaccine centers but not all have been deployed.

DoD officials said 65 additional teams may be called to support vaccine efforts in the future as conditions allow.

On March 12, two teams of 222 soldiers each will arrive in Atlanta and Cleveland as part of DoD’s plans to expand these efforts. The teams—classified as “Type 1,” the largest of three types of teams—will be able to provide 6,000 vaccines a day in each city.

In February, the first military-supported vaccination center opened at California State University in Los Angeles with the help of 222 soldiers from Fort Carson, Colorado.

Soldiers from Fort Riley, Kansas, Fort Campbell, Kentucky, and Fort Bliss, Texas, also have deployed in support of vaccination efforts, according to the Army.

“To be part of this whole-of-government response—to enable state-led, federally supported community vaccination centers in Georgia, Ohio and elsewhere, to give more people access to vaccines, and to go on the offensive against this pandemic—is a source of incredible pride amongst our joint force,” said Lt. Gen. Laura Richardson, U.S. Army North and Joint Force Land Component Command commander, in a March 9 statement.

Separately, since the pandemic began last year, more than 4,000 active-duty troops and 29,000 National Guard troops have deployed to support the Pentagon’s fight against COVID-19.