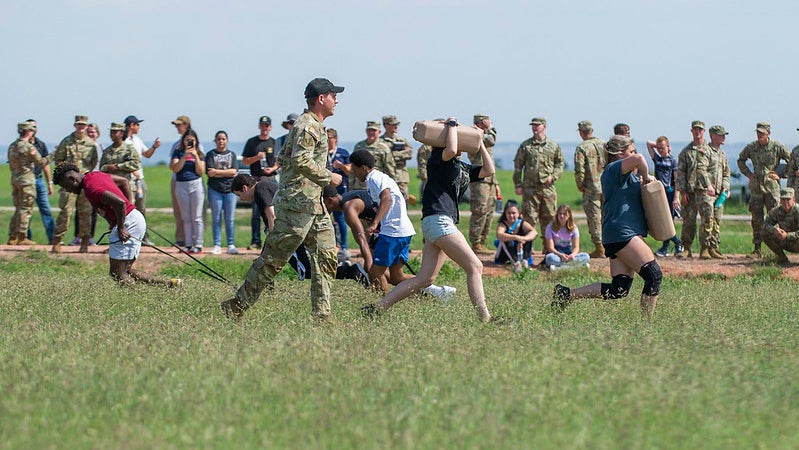 The recruiting mission belongs to the Army Recruiting Command, but the recruiting slump that has caused a significant shortfall in the Army’s ability to enlist new soldiers is “a Total Army problem,” said Gen. Andrew Poppas, commander of Army Forces Command, which is the Army’s largest command and consists of more than 750,000 soldiers in the Regular Army, Army National Guard and Army Reserve.

The Army and the other services are facing a tough recruiting environment after the COVID-19 pandemic forced recruiters to miss out on almost two years of face-to-face contact with high schoolers, and the services grapple with a cohort of young people who are either unfit or unwilling to serve.

The military also is contending with a low unemployment rate and competition from the private sector, which is offering many of the same benefits as the Army, including bonuses, tuition reimbursement and health care.

Declaring in a mid-July memo that the Army is in “a war for talent,” Army Secretary Christine Wormuth and Army Chief of Staff Gen. James McConville predicted that the Army’s end strength could nosedive even further by the end of fiscal 2023.

Poppas described the support that the active-duty divisions are providing as “almost campaign-level” in size and scope. It includes planning and analyzing engagement strategies, identifying recruiting event venues and recommending where to commit resources.

Some events are traditional outreach activities coordinated through existing relationships between operational units and local recruiting battalions. They are gaining in visibility because they are being tracked at a higher level as part of the broader effort, according to Sgt. Maj. David Rhodes, a Forces Command spokesman.

For example, the 4th Infantry Division partnered with the Denver Army Recruiting Battalion in August to host a “Meet Your Army” event at Fort Carson, Colorado.

Participants in the one-day event included young people, families and educators from across the state who got some hands-on experience with things such as tactical medical care and physical fitness events, and they heard from real soldiers about the benefits of Army service.

The Aug. 19 event resulted in “some successful prospects” for local recruiters, and other such events are being planned, Poppas said Aug. 29 in a media engagement at the National Guard Association of the United States’ General Conference and Exhibition in Columbus, Ohio.

Poppas, who took command of Forces Command on July 8, said he has not put an end date on the mission, but he expects that it will continue “well beyond 90 days.” He said the divisions have the capacity to do it, and it will not detract from training.

With Forces Command’s engagement in the recruiting effort, he said, “You’ve got the capacity of the whole Army that is committed to this.”