Army Could Use More BCTs in Baltics

Army Could Use More BCTs in Baltics 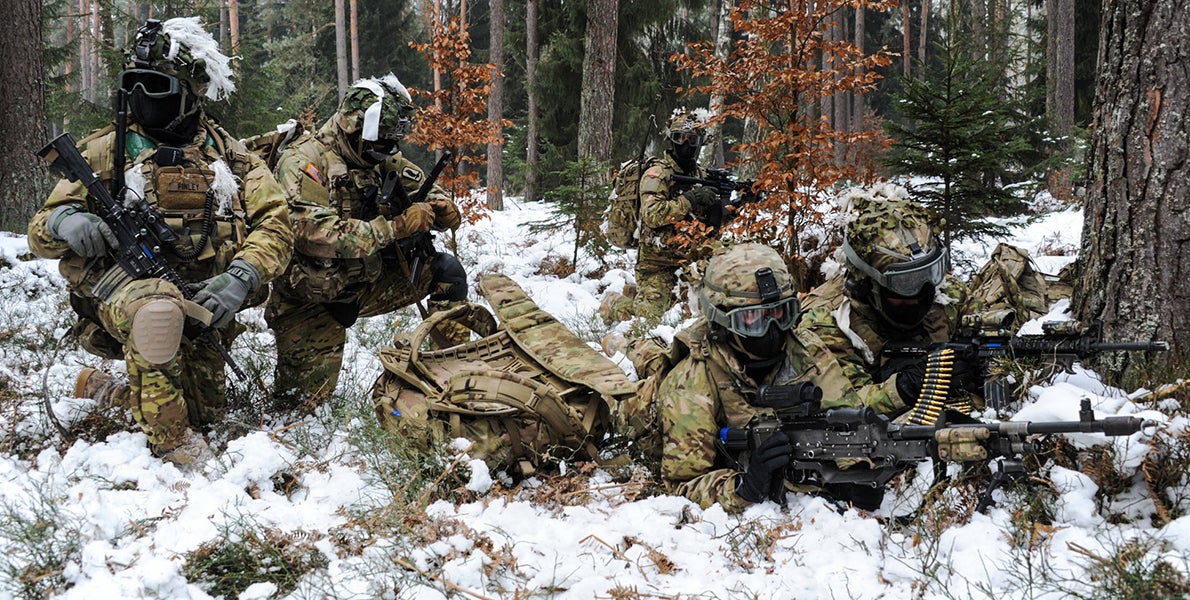 The Army would need 15 armored brigade combat teams—five more than currently envisioned for the force—to confront the growing Russian threat to the Baltics region while maintaining its other operational commitments elsewhere, a defense expert told Congress.

Timothy M. Bonds, vice president of the RAND Corp.’s Army Research Division, said simply matching up with the Russians at the outset of such hostilities would require boosting the number of armored BCTs rotating through Poland and the Baltics on “heel-to-toe” rotations to three teams rather than the current one.

The Army is minimally prepared to do this, he said. For every forward-deployed team, the Army needs a second team preparing for deployment and a third team recovering from a deployment. The Army has only nine armored BCTs, and is forming a tenth. That would be “just enough for the Baltics,” Bond said—but it does not account for the BCT that is required to defend South Korea, or another BCT that’s on duty in Kuwait.

Boosting Total Army personnel strength to more than 1 million soldiers, with 476,000 active-duty troops, as approved in the fiscal 2017 defense budget, is a welcome step, he said, but “increasing Army strength further to 1.2 million with a regular force of 540,000 soldiers … would help even more.”