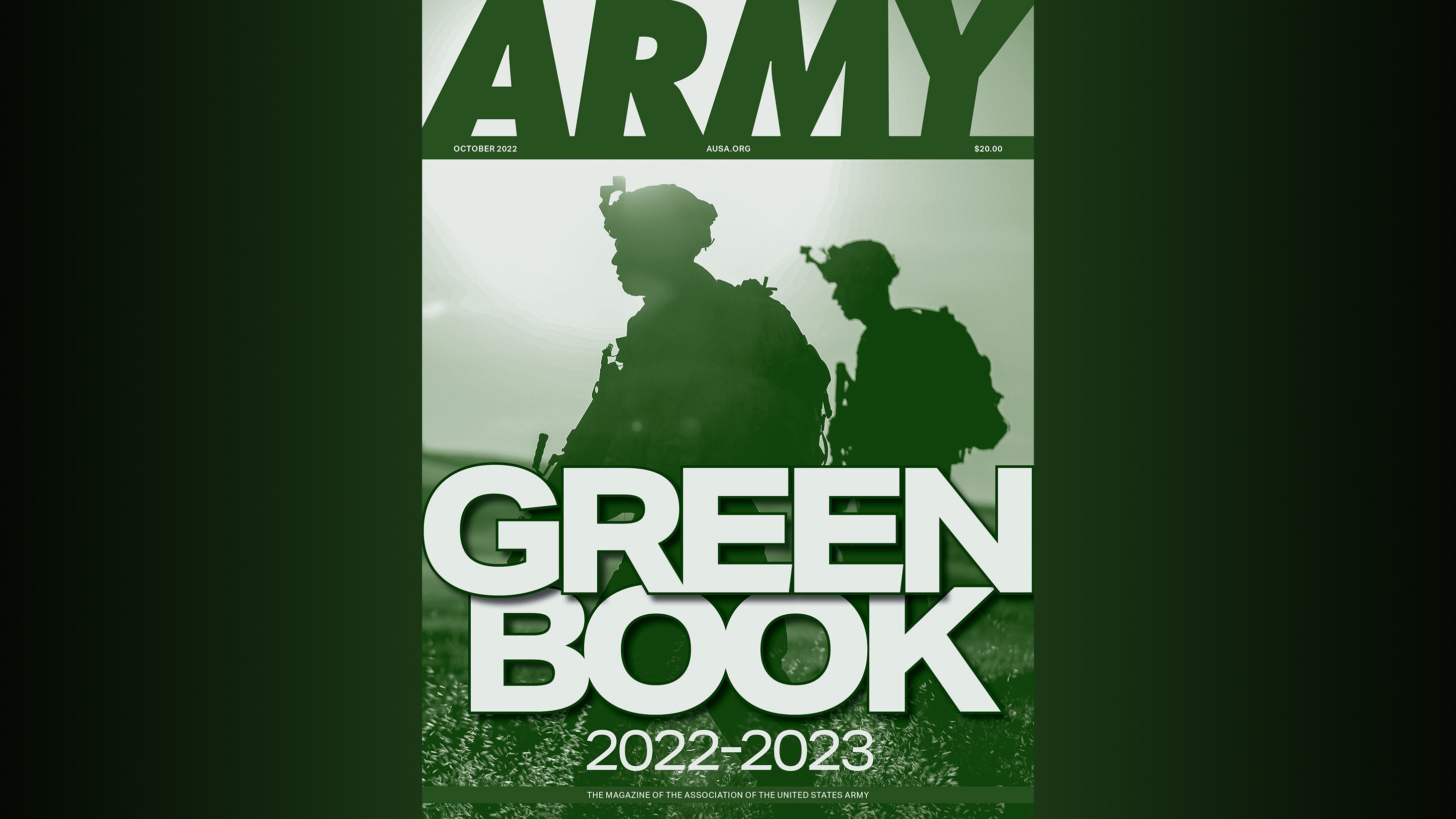 In her second year as Army secretary, Christine Wormuth faces many challenges, but she is also upbeat.

Transformation of the force, more focus on people and talent management, and an array of other initiatives are starting to show success, Wormuth said. “I recently heard some [people] who served more than 30 years in uniform say the audio now matches the video,” she said about the Army’s efforts to take care of people. “Every time I go someplace, I meet soldiers doing amazing things or talk to spouses who are doing amazing things.”

Also inside the Green Book is a comprehensive update from each of the Army’s eight cross-functional teams on the service’s sweeping modernization effort, a Year in Review of major Army developments, a guide to the Army’s installations and listings of key command and staff, Army Reserve Ambassadors and Civilian Aides to the Secretary of the Army.

For McConville, this year is pivotal to the Army’s energetic transformation effort. But he also remains focused on balancing the needs of an Army that is very busy today.

The Army remains in high demand at home and abroad, with soldiers responding to the crisis in Europe, deploying to Iraq and Syria, conducting exercises and partner-building activities in the Indo-Pacific and Africa, deterring conflict in the Middle East and supporting disaster-relief and COVID-19 efforts at home.

It also is facing a serious recruiting challenge. “We’re in a war for talent right now, so I would say people are more important than ever,” said McConville, whose focus on people and their importance has not wavered since he became the Army chief of staff in August 2019. “You can’t execute strategy, you can’t execute plans, unless you have great squads, platoons and companies, because they’re the ones who actually do it,” he said.

For more information on the Annual Meeting, click here.