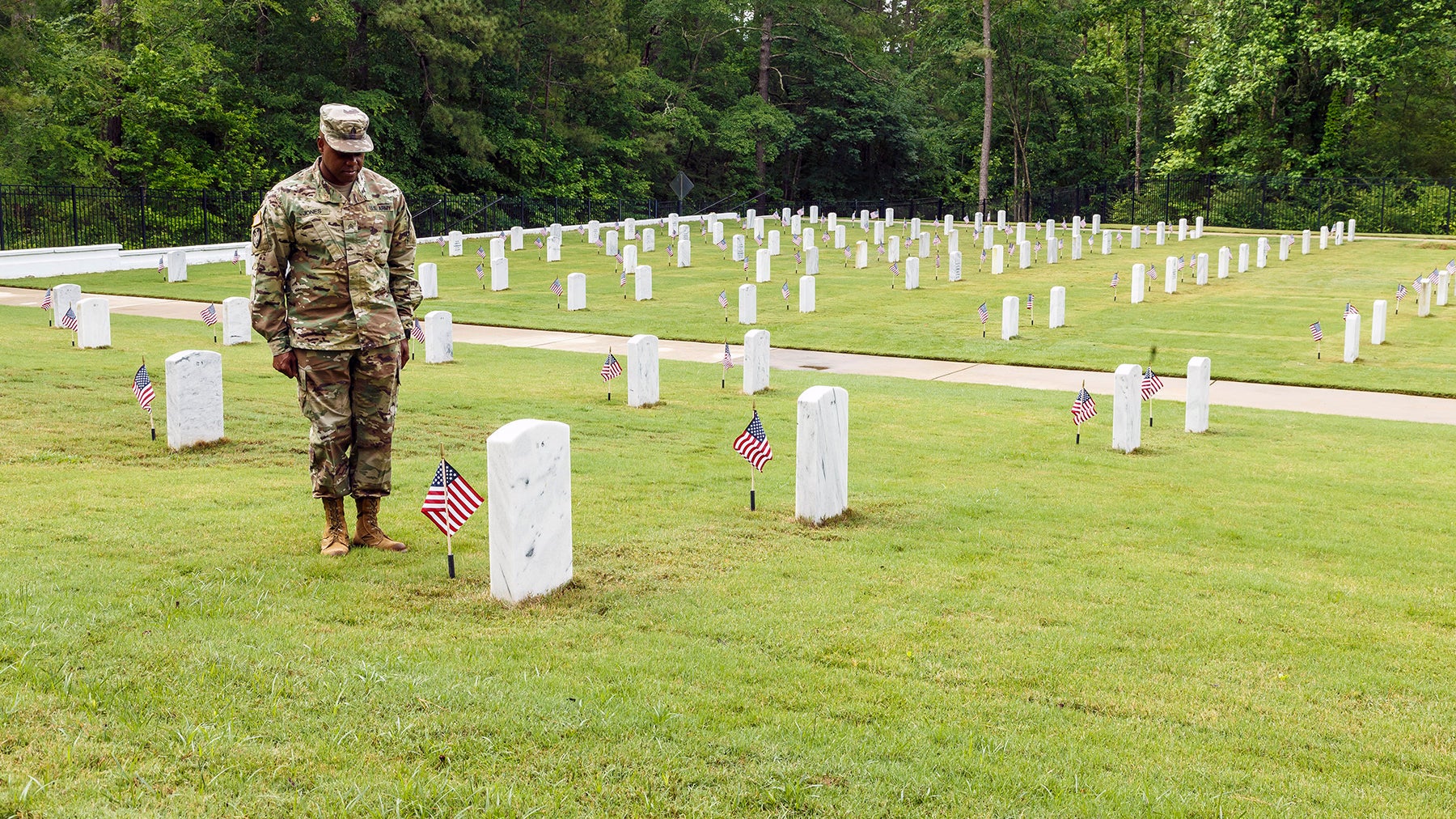 The last of 11 Army post cemeteries has been transferred to Department of Veterans Affairs management, completing a 15-month process of moving the sites to VA care.

“Completion of the cemetery transfers highlights VA’s role in increasing efficiency and streamlining operations across the federal government,” VA Secretary Robert Wilkie said in a statement.

“It also spotlights the strong partnership between VA and the Department of Defense,” he said.

The post and prisoner of war cemeteries at Fort McClellan in Anniston, Alabama, were the last of the Army cemeteries—none of which were on active military installations—to move to VA care.

Fort McClellan, established in 1917 as a mobilization camp for National Guard troops in World War I, was closed as part of the 1995 base realignment and closure process. The post cemetery, which contains the remains of 441 U.S. military personnel and civilians, is closed to new interments but will accommodate requests for interments in existing gravesites for eligible family members.

The Fort McClellan Enemy Prisoner of War Cemetery contains the remains of prisoners who died while in captivity during World War II.

The transfers were part of a VA reform plan “to increase efficiency, limit mission overlap and maintain veterans’ cemeteries at national shrine standards,” according to the VA.

The process began in 2019 with the transfer of four Army post cemeteries: Fort Lawton in Washington, Fort Missoula in Montana, Fort Sheridan in Illinois and Fort Douglas in Utah.

Earlier this year, five additional Army cemeteries were transferred, including Vancouver Barracks and Fort Worden in Washington, Fort Stevens in Oregon, Benicia Arsenal in California, and Fort Devens in Massachusetts.