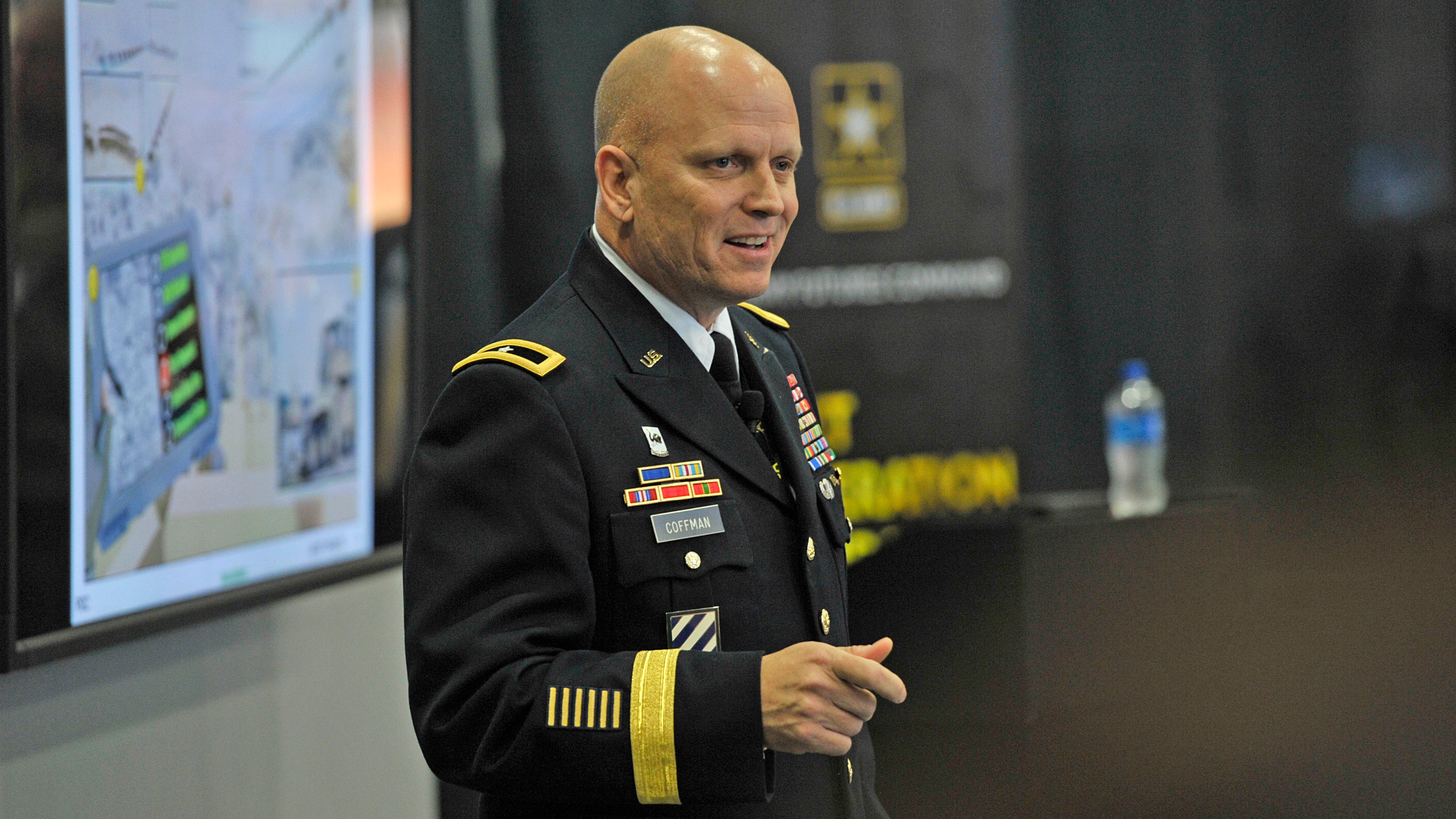 In this morning’s Warriors Corner presentation at the 2018 AUSA Annual Meeting and Exposition in Washington, D.C., Army leaders outlined the status of the Next Generation Combat Vehicle effort.

Putting the significance of the NGCV effort in perspective, Brig. Gen. Ross Coffman, director of the Army’s NGCV Cross-Functional Team, observed, “As we stand here, surrounded by these beautiful banners and clean equipment, just remember that everything we’re going to talk about today and everything you see will be in the hands of the soldiers in a distant land, with mud caked on it and someone trying to kill them.”

Coffman called for help with the “NGCV narrative,” noting, “As I travel around, I'm learning that not only is not everyone clear on what NGCV is, but there are a lot of people that think they’re NGCV, but aren't.”

“We don’t want to modernize to parity,” Coffman said, noting potential enemies have created standoff “disruption zones” that would confront the Army in the future and that modernization must address that situation while providing future soldiers with capabilities needed to operate in that environment.

“We are the bridge across the valley of death,” he said.

With AMPV having recently completed limited user testing, attention will shift to an MPF decision, which is expected in November. Plans call for initial testing on some of the other platforms using surrogate prototypes in fiscal 2020, 2021 and 2023.

Coffman said prototyping will be an ongoing feature of NGCV development, with the possibility that advanced technologies could be included in various “tranches” of systems.

“We want to be inclusive,” he concluded, encouraging industry to reach out and communicate their ideas and capabilities to the Army.