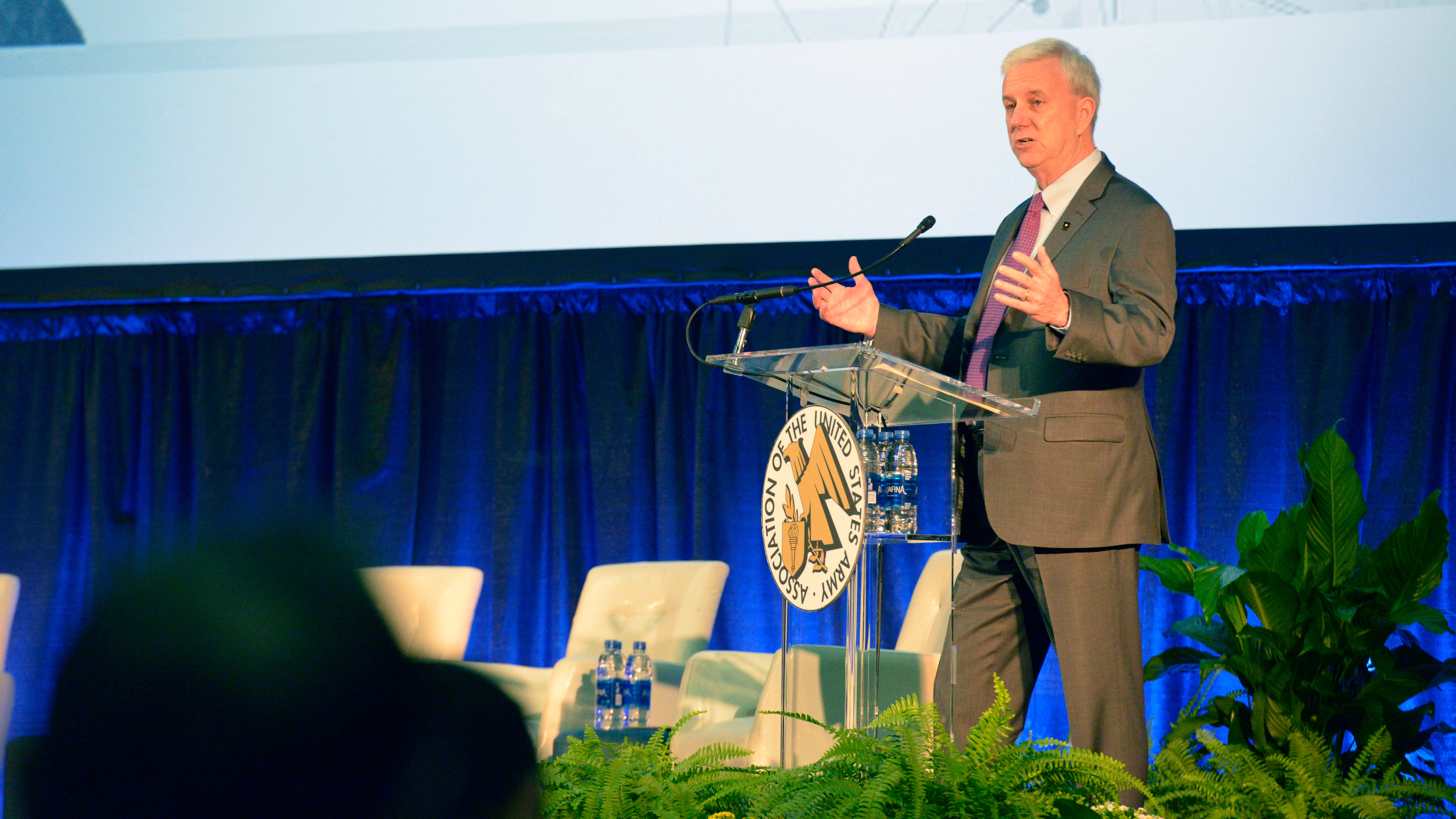 Morality and modernization are equally important parts of the Army’s efforts to expand artificial intelligence and robotics, a senior Army official said at the opening of an Association of the U.S. Army event focused on the expansion of military capabilities.

James McPherson, an Army and Navy veteran serving as the senior official performing the duties of the undersecretary of the Army, said the Army and industry need to concentrate on autonomous systems to keep pace with near-peer competitors like Russia and China. “Every one of you has a part in the effort to get the Army across the finish line first,” McPherson said during the two-day AUSA-hosted symposium and exposition in Detroit.

The Army, academia and industry are breaking new ground with weapons and systems, expanding warfighting, revolutionizing supply and aiding smarter decisions, McPherson said. The Army is also working in partnership with the other services. “We can do a whole lot more when we bring our funding together than we do in our little niche,” he said.

Morality is also part of American use of artificial intelligence, McPherson said. “U.S. commanders will always retain full responsibility for the weapons they employ. There will always be a human in the kill chain,” he said.

AUSA’s Army Autonomy and Artificial Intelligence Symposium and Exposition at the TCF Center in Detroit is taking place for the second year. The event draws a multiservice, academic and industry audience and about 30 exhibitors.

“AUSA is today an indispensable partner in so many ways for the Army, including putting on events like this,” McPherson said.

Retired Gen. Carter Ham, AUSA’s president and CEO, said artificial intelligence and robotics are not new to the Army, but the technology is gathering steam, with some big questions to be answered about the speed of adoption of the technology, how the Army can defend against adversaries who have autonomous systems, and how the Army will cover the costs of the new capabilities.