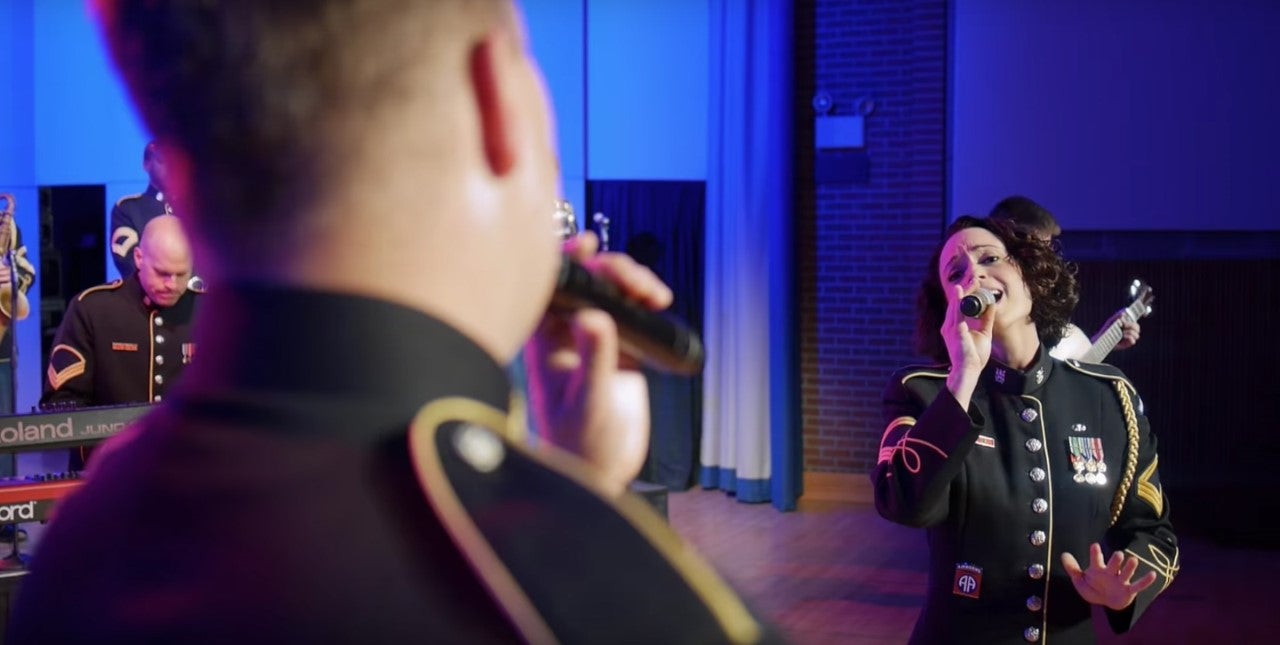 The loneliness of deployment separations, the joys of homecomings and the stalwart dedication of soldiers who answer their nation’s call time and again are captured in a poignant new song performed by the U.S. Army Band that has been made into a video and posted on YouTube.

"Deployed Again,” recently released online in conjunction with Military Family Month, is the brainchild of retired Army Maj. Gen. Jerry Harrison, 75, who said the seed was planted over the past few years as he and his wife Von talked with many Army families about their struggles in managing repeated family separations born of combat deployments.

“These kids, these families, are going through some real stress,” Jerry Harrison said. “I just decided I had to do something to honor them.”

An amateur folk guitarist, Harrison penned some words for a potential song that underscored the sacrifices and dedications of military families who endure multiple deployments. Through family and friends, he linked up with Nashville songwriter and producer Ken Holmes, and together they crafted a song.

The song was performed by the U.S. Army Band at the 2015 and 2016 Marshall Dinner events as part of AUSA's Annual Meeting and Exposition.

The final result can be viewed at https://www.youtube.com/watch?v=oqaU-PGd-4I.