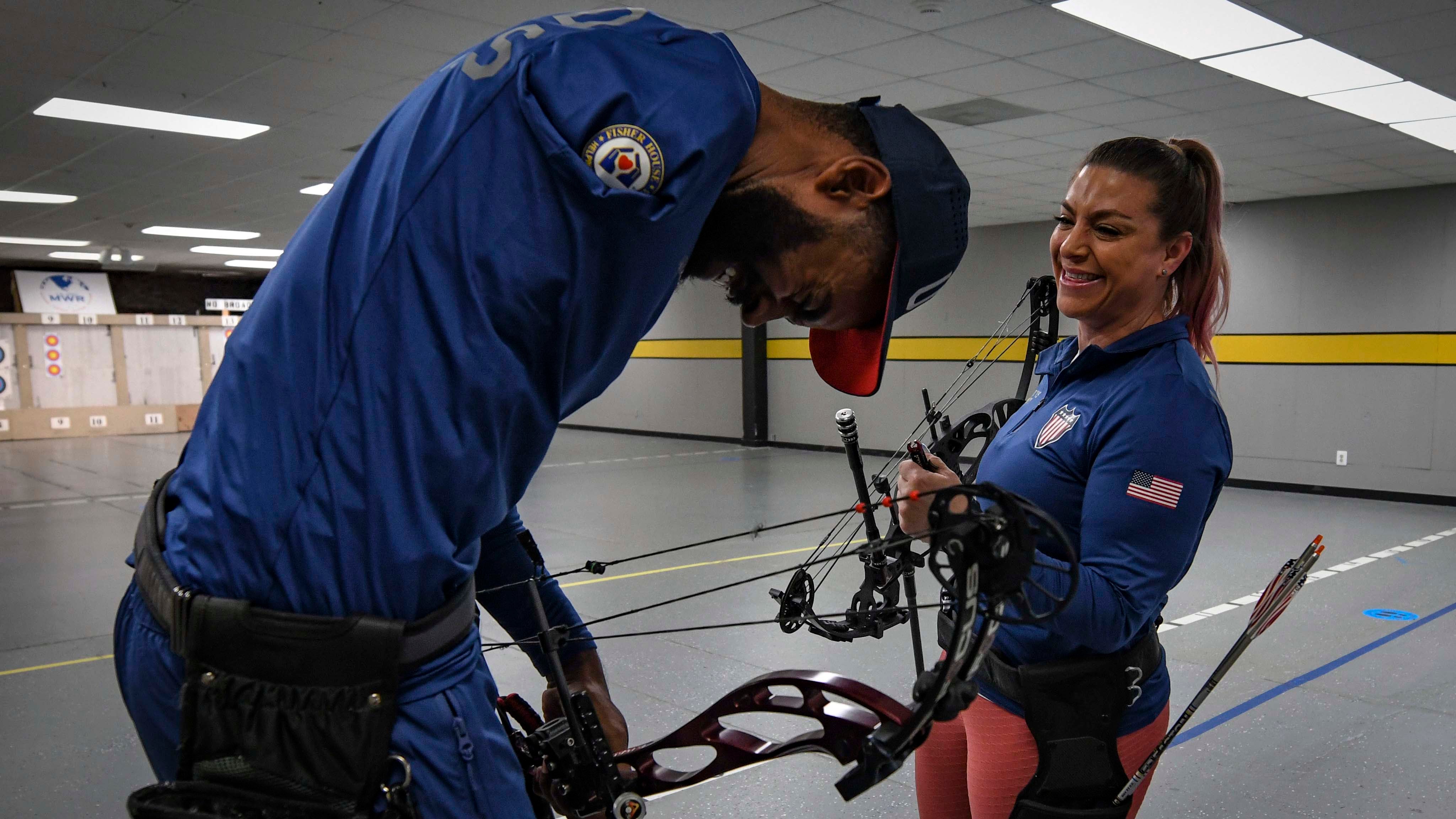 Fifteen Army athletes are slated to represent the U.S. in the upcoming Invictus Games, the service announced.

Delayed for two years by the COVID-19 pandemic, the games will take place April 16–22 in The Hague, Netherlands. It will feature wounded, ill or injured service members competing in events including archery, indoor rowing, sitting volleyball, track, wheelchair rugby and wheelchair basketball, according to an Army press release.

The Army athletes will join their American teammates from the other services to compete against more than 500 service members from 20 countries, according to the Army press release.

Despite the two-year delay, Team U.S. pushed through the uncertainty and prepared to compete, said retired Spc. Michelle Sanchez, who will compete in archery, track and field and cycling.

“The pandemic has changed our lives in many ways, but the delay of Invictus is completely understandable,” she said, according to the Army. “I know my fellow teammates and I have trained hard for the unknown, and we are ready to show our talents to the world.”

The Invictus Games were inspired by DoD’s Warrior Games and “harness the power of sport to inspire recovery, support rehabilitation and generate a wider understanding and respect for those who serve their country,” according to the Invictus Games Foundation.

For athletes like Sanchez, a medalist at the 2017 Warrior Games, the return of the Invictus Games signals a return to normalcy.

“For me, it’s an end to the darkness and a beginning of normalcy in our lives,” she said. “I can’t wait to wear our country’s colors and represent Team U.S. alongside my brothers and sisters at arms.”

For retired Capt. Tim Bomke, who was injured in a 2005 IED blast in Iraq and competes in swimming and field events, the Invictus Games offer a chance to continue being part of the team.

“Being part of Team Army and competing at Warrior Games filled a void for me,” he said, according to the Army. “We didn’t have organized events like this when I was injured, so to come back and be part of this team now as a veteran is an honor.  I can’t wait to compete at the Invictus Games and be a part of that brotherhood, too.”